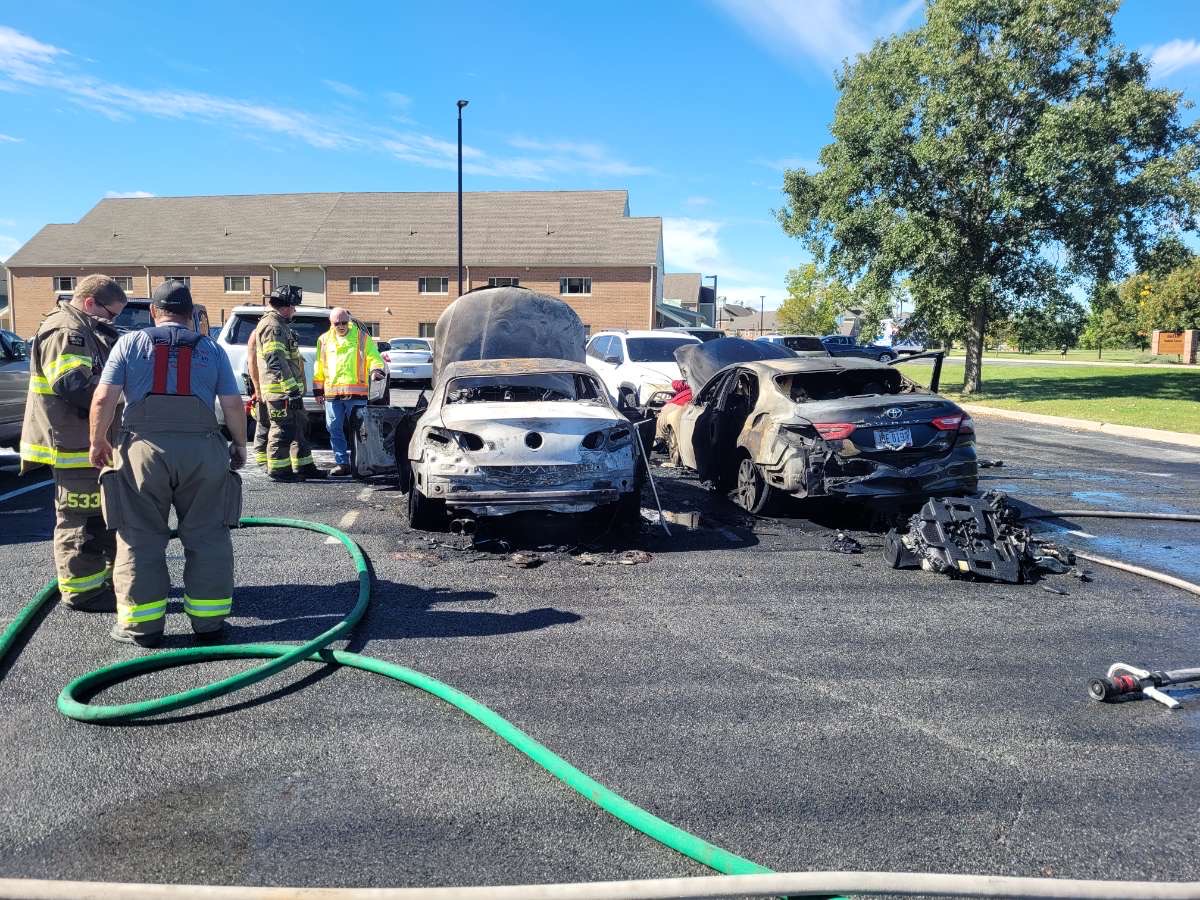 Firefighters stand around burned vehicles shortly after extinguishing a fire in the Bear East parking lot, which is close to Affinity Village. (Photo Credit: Micah Stoner)

At approximately 10:30 AM on Friday morning, a car caught fire in the Bear East parking lot, next to the Affinity Northeast Dorm. ONU Public Safety as well as the Ada Police and Fire Departments were notified and an ambulance and fire truck were quickly dispatched  to the scene. At 10:51, students received an emergency text notification reading, “ONU Alert: A vehicle fire has been reported in the ONU Affinity Parking Lot. Please keep clear of this area until further notice.” An email with the same content was also sent to the student body.

Although the Ada fire department was able to safely extinguish the fire, the damage spread to at least two neighboring vehicles. To ensure safety, vehicle access was suspended to the intersection of Loop Road and Polar Bear Way, off of which lies the Bear East parking lot. The situation was resolved in approximately  an hour, and shortly after the fire had been extinguished, access to the road was reinstated and an “All Clear” message was sent to students at 12:09 PM. At this time, it appears that no one was hurt during the incident.