Kicking Away the Stress 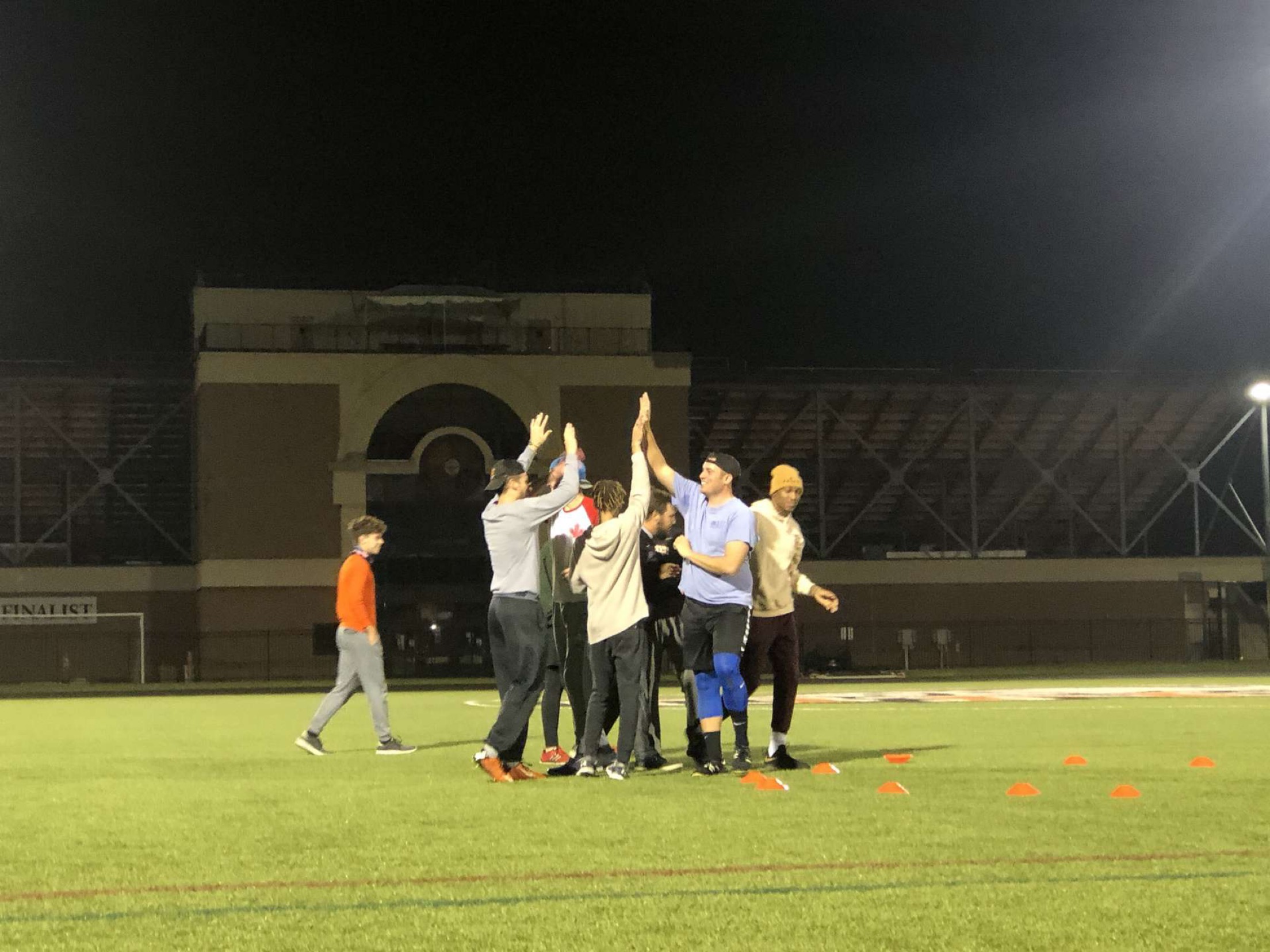 Students at Ohio Northern University have been grabbing some fresh air as they played their first intramural games of the year. With so many cancellations from COVID-19, the Intramural Sports Program was nervous about the possibility that they would not be able to put on events when everyone returned to campus. However, after the start of the semester, they had the opportunity to discuss the potential return of intramural sports with the athletic director, Tom Simmons. Luckily, this meeting brought the news that kickball would be a viable option to continue intramural sports while maintaining COVID guidelines. This is mostly due to the fact that kickball can be played almost anywhere outside and is a socially distanced sport.

James Garret, Aaron Litherland, Jared Wurst, and Lucas Metcalfe – who lead the Intramural Sports Program – were thrilled with the news. They are all thankful that the athletic department and the university have allowed them to continue being a part of something that is not only a fun activity for the students, but something that has been a getaway since we have been in quarantine.

Soon after the beginning of the semester, kickball was announced as the first intramural sport to be continued on campus and many students were eager to pull a team together. Given that this is the first sport to return, many students were excited to be competing again since a lot of the fall athletes have had their seasons put on hold due to COVID-19. The first game began Monday, August 31st, and the season ran through October 21st. Following numerous matches, the team made up of students from ONU’s Pettit College of Law – Logan Graham, Zachary Padden, Dante D’andrea, Luke Perkins, Mark Rest, Gabe Nolcox, Vuk Zubic, Myles Houston, and Remond Brown – were crowned the champions. Their team even went the entire season undefeated and could be heard chanting “law school is hard, but kickball is easy!” When they won the final game, it was obvious they were thrilled with victory.

Throughout the timeline of the season, remarkable sportsmanship has been shown from every team at every single game. Even though the games were rather competitive, everyone was respectful to one another. When watching it was clear that it was not your average kickball game. The students were usually more focused on having fun and enjoying themselves. Aaron Litherland mentioned that “the games have been going well, and all of them have been athletic and competitive with good sportsmanship – more sportsmanship than many other sports we have put on in the past.” Students have found a way to make the competition a method of escaping from their daily schedules. Often the weight of the semester can be overbearing, and it is exciting to see ONU students finding an active way to overcome their stress.