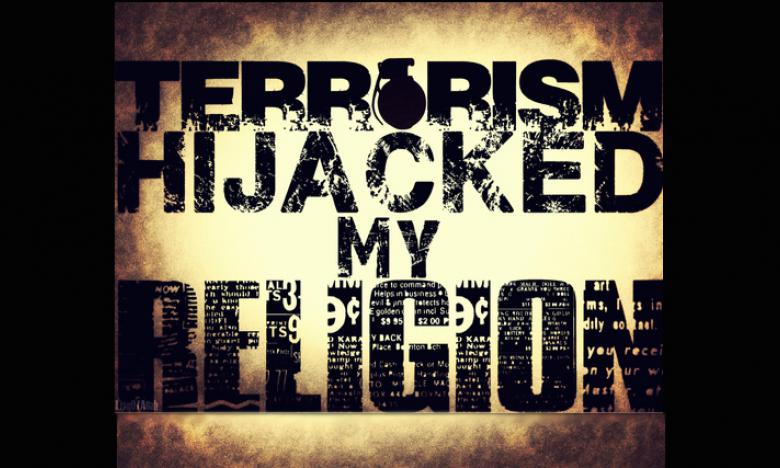 Living as a Muslim woman in America, I often hear people in and out of the media blame my religion, and any who follow it, for much of the violence we see in the world. It is said that people like me (who don’t advocate or support terrorism) don’t speak out enough against these heinous acts, and are thus part of the problem.

But we do speak out. You just don’t listen.

Last week our country witnessed the 13th anniversary of Sept. 11— a time, no doubt, of great sadness and distress. I don’t see how anyone could take joy or pleasure from seeing others suffering. It goes against human nature.

Yet because I am Muslim, I am never given the benefit of the doubt. Instead, I must continuously try to prove that I’m not “one of them,” and that I’m a good person despite my religious affiliation.

Really, if there is any group that hates terrorism the most, it’s Muslims. The concept of terrorism itself has hijacked my faith. It now seems that “terrorist” has just become the new description  for anyone of Arab, Middle Eastern, or Muslim affiliation. “Terrorist” is now a synonym for anyone who is “Islamic.” This in itself is contradictory, for the Arabic word from whence “Islam” and “Muslim” originates translates to “peace.”

Anyone who looks into the true teachings of Islam will find that it is a religion of peace and togetherness, despite the fact that many may try to convince you otherwise. Islam says that killing one innocent person is equivalent to the sin of killing all of humanity. It says there is no compulsion in religion, so no one can be forced to convert, nor be punished for following a different faith. It forbids harming women, children, and the elderly, even in times of war. These are just some examples of what many tend to overlook.

And yet, we see groups like ISIS beheading American and British soldiers. We see Middle Eastern governments killing hundreds of their own people. And we see rogue groups executing non-Muslims.

People may commit these heinous acts in the name of Islam, but by doing so, they are actually going against the very religion they claim to follow. Besides, terrorism committed in the name of Islam is one of the smallest percentages compared to other religions and groups, according to the FBI.

However, it seems that the fact that I’m Muslim automatically sets me up as the enemy. My religion is under attack, and the people who follow it are constantly being held to an impossible standard. 9/11 is just one example.

Anytime someone does anything in the name of Islam, including the most recent events with ISIS/ISIL, people are quick to say, ‘Muslims need to speak out against this,’ and that there aren’t enough people doing so already.

First, when did it become my responsibility, or the responsibility of anyone, to speak out for someone else? Shouldn’t each person be held accountable for themselves? We all hated it when the teacher punished the whole class due to the action of one student. Where is the justice in that?

When is the last time we heard the media saying that more Christians needed to denounce the actions of Anders Breivek, abortion clinic bombers, or the Ku Klux Klan?

No one expects Christians to speak out because no one believes that the people who committed these acts represent or embody the Christian majority. So why would another religion or group be any different?

Muslim leaders are always speaking out against terrorism. Organizations like the Council of American-Islamic Relations (CAIR), the Islamic Society of North America (ISNA), and many, many more issue press releases and statements for every incident, whether committed by a “Muslim” or not. You just don’t see them.

I could travel the country shouting through a megaphone and denouncing these groups until I’m blue in the face, but that doesn’t mean you’ll listen, or even hear me. I’ve personally written and presented poetry on the topic on several different occasions. But have you heard it?

As a Muslim, shouldn’t the fact that I live my life interacting peacefully with others be enough? There are around two billion Muslims in the world, and I can vouch for the fact that the majority are just like you and me—they want nothing more than to live a decent life and provide for their families.

So if you’re going to make judgments, then judge people by what their religion truly teaches. Don’t judge the religion (and its nearly 2 billion followers) off of the crazed actions of an extreme minority. Better yet, don’t judge those whom you do not know.