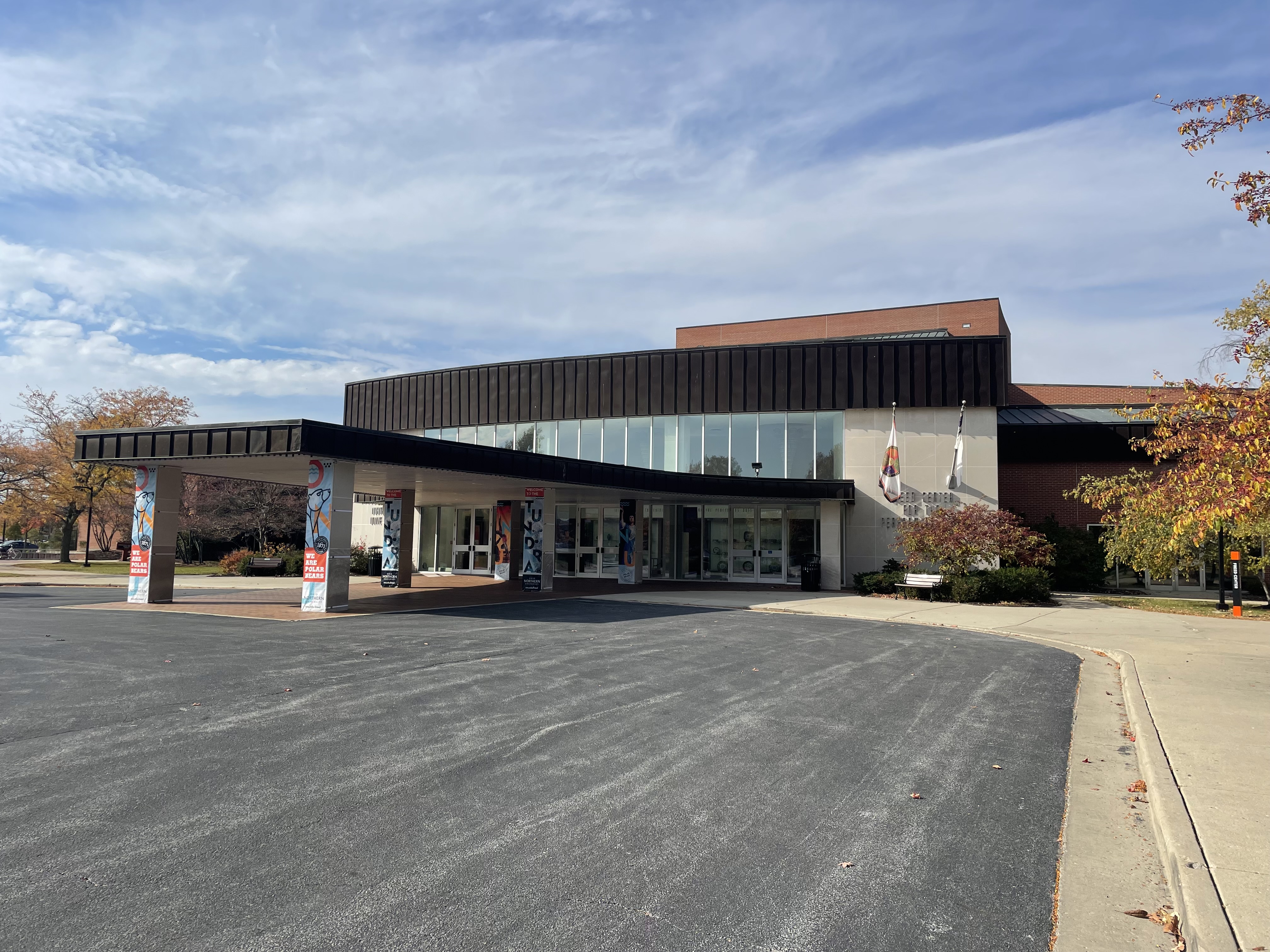 In a year of experimentation for ONU’s theater arts, a truly unique production has recently come to the Freed Center. Especially coming off of the particularly dialogue-heavy Julius Caesar, Swing! brings a stark contrast to traditional theater styles. With relatively little dialogue, Swing! instead expresses its narrative primarily through dance. With a production-wide focus on love and human connection, the choreography reflects a personal closeness and beauty indicative of the emotions we all experience. Overall, the musical and dancerly tone remained very vibrant and lively.

Some other alternatives to dialogue are used, including scat singing and a trombone slide. These are especially significant because they abstract social interaction, reducing complex experiences to their most fundamental and relatable forms. These sequences rely heavily on pitch change to indicate inflection. Comedic timing is also given particular attention during these sequences. The way these subtleties convey an audience-accessible message is part of what makes Swing! truly unique as a piece of theatrical art.

I had the pleasure of speaking with director and choreographer Allison Solomon. In addition to her testimony about the immense  work necessary to pull off Swing!, she expressed her appreciation for the history that inspired the production. She says swing dance originated in Harlem in the 1920s and served as an essential cultural outlet for expression. She values diversity, and when teaching the production in other settings, she would provide historical references for the show. “It’s important to me to know where it comes from,” she added.

This artistic vision became incorporated throughout the show. Kathleen DeVault, the lighting designer for the production, affirms this vision. She has worked with the director throughout the summer as part of a larger team to orchestrate the production. In reference to Ohio Northern’s performing arts’ record, she says, “We’ve never really done anything quite like this.” In recognition of the uniqueness of Swing!, DeVault sought to tailor the lighting to the format. For example, the placement of lights at the front of the stage on the orchestral pit is unusual for a theatrical production, but it was done in this case to better highlight the movement and story of the dance. This is important because “The lighting, in many ways, brings all of the aspects together,” DeVault says.

The vision of Swing! is also appreciated by the cast of the production. Jacob Bassit, a sophomore pursuing a B.A. in Theater and one of the leading performers for Swing!, values the production’s uniqueness  as a piece of musical theater. He says, “we’re reliving” the scat style of past jazz music. Compared to the dominance of pop music in the contemporary scene, Bassit believes these niches seem to be dying: “It does concern me a little bit.” This societal context adds value to Swing!, which also serves to preserve a historically valuable art form. With this comes challenges; he says that perfecting scat vocals was the hardest thing he has ever done for theater. Despite the obstacles, Bassit feels the production went very well: “I’m very proud of everyone who worked on it.”

Isabelle Fisher, a sophomore minoring in dance, also told me how different this project was from other theatrical work she has done with Ohio Northern. She was pushed out of her comfort zone but could work with professional theater dancers Elijah Dilehay and Francis Isaí Rivera-Pacheco: “We’re so lucky” to have them on the cast, she says.
Swing! is unique among the Freed Center’s recent lineup, shirking dialogue to focus on dance as a method of expression. The project challenged both the cast and the production staff, ultimately creating a unique product that beautifully expresses the nature of love in a way that feels simultaneously fanciful and all too real. This feature will not soon be forgotten by those who had the pleasure of experiencing it.