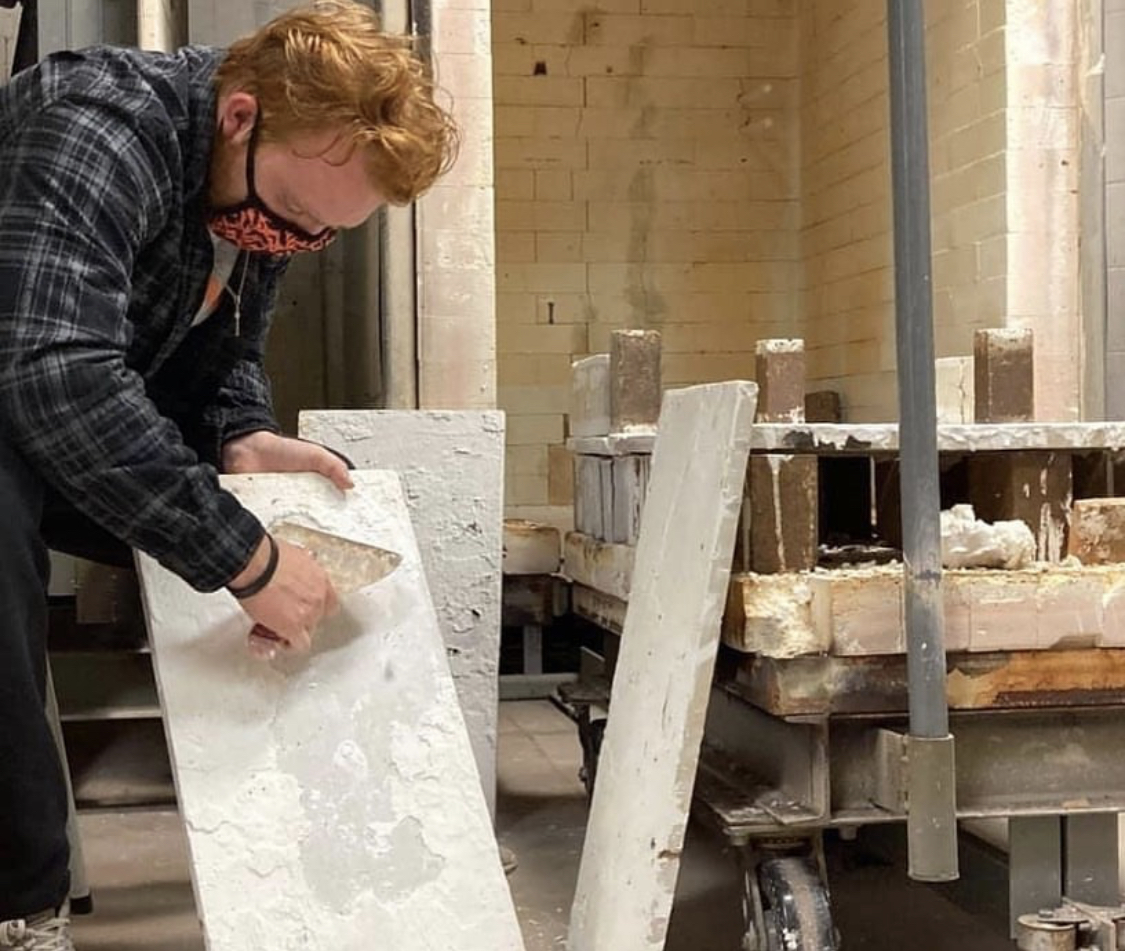 A capstone is the culminating project created and executed by students at the end of their college degrees. It is a marker of completion for the student and is presented to faculty and other students within that student’s chosen discipline.

“These capstone projects are used to get into graduate school or propel you into your career,” said Quintin Smith, a senior 3-D Design student here at Ohio Northern University.

While Smith had to think about incorporating all of the skills he had acquired during his time studying 3-D Design and creating something that would be compelling for future employers, he had an additional requirement to consider. The artistic nature of Smith’s chosen discipline required that the project was personalized, and revealed something about the artist.

“We had to have some sort of depth or meaning to it,” Smith commented. This was the first challenge with the project. Smith spent weeks attempting to conjure a project proposal that spoke to him.

“I spent all summer trying to think of a capstone project… I spent the first 2 weeks of the semester trying to think of ideas. During Dr. Pitts’ class I was doodling and it just kind of hit me. My hands. I wanted something that showcased my hands.” Smith had finally hit on an idea that spoke to him. He first pitched the idea of doing something with handles, a sort of sideways attempt at hinting at the hand without revealing it in itself. The professor encouraged Smith to go bigger, and try something further out of his comfort zone.

Smith came back with a new idea that landed: 6 vases that showed a hand moving from the top to the bottom, making marks deeper as the hand traveled down the side of the vase.

These vases are formed but are not yet finished. They will be fired in a salt kiln at a different university and finished with a blue glaze on the hand and green on the body of the vase. The colors represent the unity between the body and mind, and the salt kiln will give a different finish to the pieces.

The personal aspect of this piece comes from the idea of dealing with emotions in your work, drawing from Smith’s personal discoveries this past semester.

“When you start to bottle up your emotions too much, the mind tries to find ways to release your emotions. The hand symbolizes the mind trying to release those emotions. As the hand rakes down the vase, the marks get deeper. ‘Emotional Release’ is what I called the project. It kind of came full circle when I started writing about it,” Smith said elaborating on the personal aspect of the project.

There is an element of irony implicit in this project as well, the hand represents the mind attempting to find a release for the emotions contained in the body, and there is an obvious release available at the top of the vase. Smith talked about his struggle to reveal his emotions in his work, and found it to be far more natural than he ever supposed before he started working on this project.

“I want to influence future generations in being able to help them realize their goals and emotional value in their projects,” Smith said, talking about a potential future career in teaching ceramics at the college level.

Students Explain Why they Chose ONU

Big Step for Diversity: Ada Now Has Wheatfields as Well as Cornfields