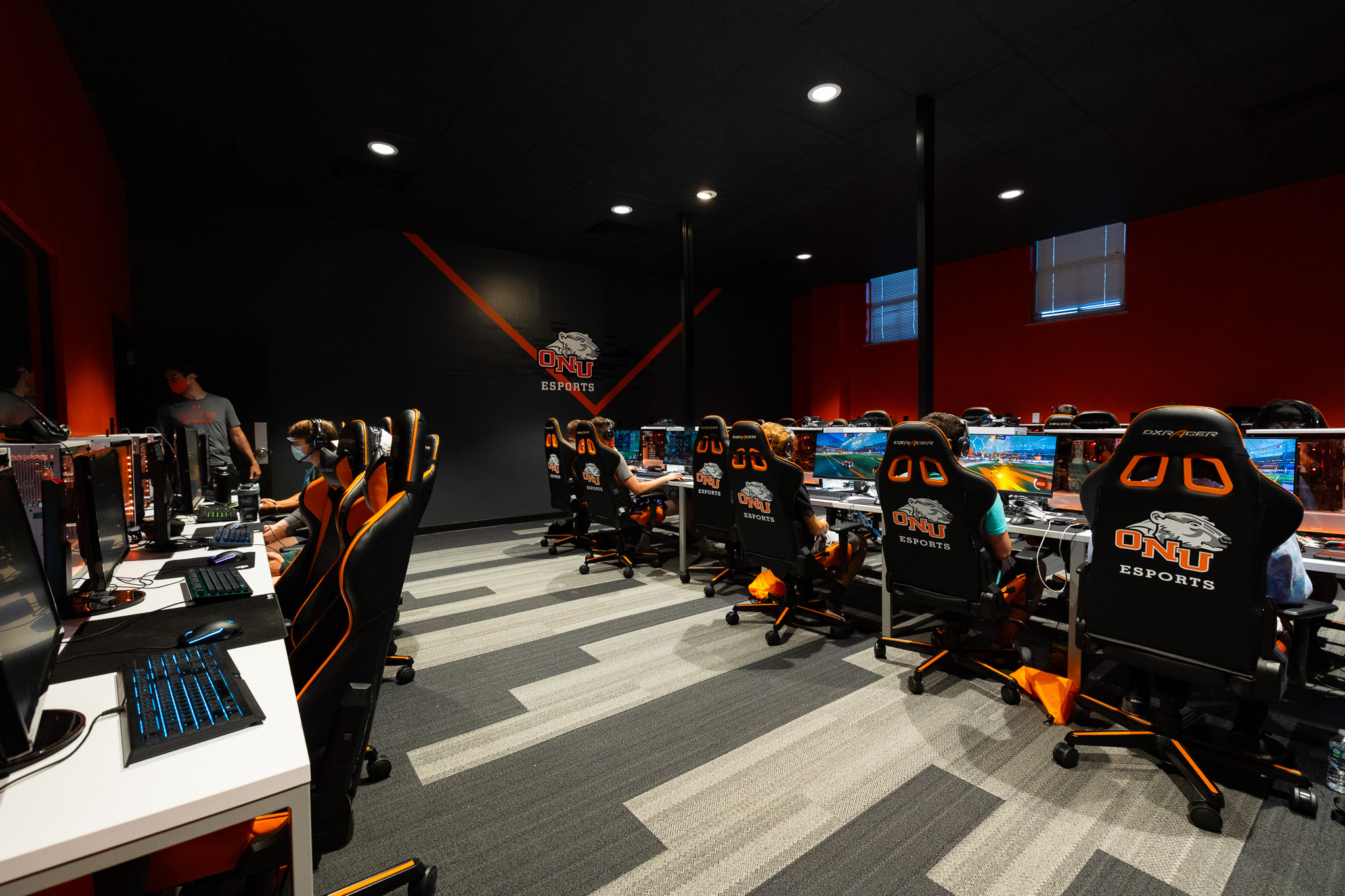 Esports takes the same teamwork, communication, and practice throughout the year as all other sports. (Picture Credit to ONU Esports Team)

From being an ordinary hobby for most to evolving into a massive, dominating sport, Esports at Ohio Northern continues to make a name for itself nationwide. Esports is a competitive sport that competes in eleven different games on PC such as League of Legends, Overwatch, and Valorant. While fast becoming a competitive scene in more and more colleges, it is the culture of the sport that sets it apart.

Austin McCoy is a junior computer science major with a concentration in robotics. Known as a top mortal Valorant player, spokesmen for the Esports culture, content creator, and more, McCoy is part of Esports’ massive team and organization on-campus at Ohio Northern.

McCoy has cherished playing video games since a young age but has consistently leaned into its competitive side. By the age of 14, McCoy was entering the competitive scene of Call of Duty (COD) on his own. McCoy would tackle small tournaments and ladders, an uncommon venture to partake at such an age. As he aged, McCoy found that he enjoyed playing on a console in small, closed lobbies versus massive multiplayer (MMO) layouts.

Upon entering college, McCoy did not immediately join Esports. It was not until a mutual friend of McCoy’s, who played on the team for Valorant, introduced him to the culture of the sport. While only playing on a console, McCoy joked to his friend that he could pick up a mouse and keyboard, learn to play on a PC, and join then beat them. At this time, Fortnite was still dominating the scene, and McCoy had little knowledge about Valorant. To his friend’s and his own surprise, McCoy did as he said, learned to play, and joined the team. McCoy claims that he was initially attracted to the sport due to its team setting. In fall 2020, McCoy officially joined the Esports team as a Valorant player.

Since joining, a typical week for McCoy would involve a three hour practice twice a week for gameplay. On other days, some time will be dedicated to observing films from previous games to study mistakes and  strategies, the week will end with one or two competitions; The Ohio Northern Esports Valorant team recently won against Mount Union in a 13-5 domination. McCoy commented that this season is more casual and a time to rebuild. The team also engages in a more unusual form of team bonding roughly once a month – amnesty hours. These hours are for speaking candidly about how one regards their teammate. It permits for open communication and issues to be aired, felt, and for the team to grow.

With so many different games competing in Esports, when asked about the overall culture – for instance, the Valorant team interacting with the Overwatch team – McCoy admitted to a lack of connection across the teams. However, McCoy notes that there are many active attempts to bridge the gap, such as a halo sleepover last semester that brings them closer together. While in-person interaction may be admittedly small, Esports does a phenomenal job showing sportsmanship as athletes to support one another on the cross-platform communication application, Twitch, alongside just under 700 others who watch.

McCoy has an undeniable love for competing, but he does not just support his teammates. The Gaming Club is an up-and-coming organization at ONU that allows all students to better themselves, interact with like-minded gamers, and learn more about a variety of games. McCoy himself is a COD representative and an active part of the organization. With over 100 students involved and around 30 student worker positions employed, McCoy comments, “Everyone has a job or a role, and it is clearly stated and known.”

McCoy continues to share his passion with others. McCoy also uses his time by being a youth coach for children looking to get into the competitive scene of gaming in COD and Fortnite. Along with competing and coaching, McCoy even streams his own games independently and continues to play for fun. While tackling so many different aspects of gaming, when asked if he ever tires of his passion, McCoy comments, “It is weird. Burnout is real sometimes, but I know space though. I will take time to myself when needed.”

That dedication is found throughout the Esports team and has created a superb culture and dominating team.