ONU’s Men’s Volleyball Club Is On the Rise 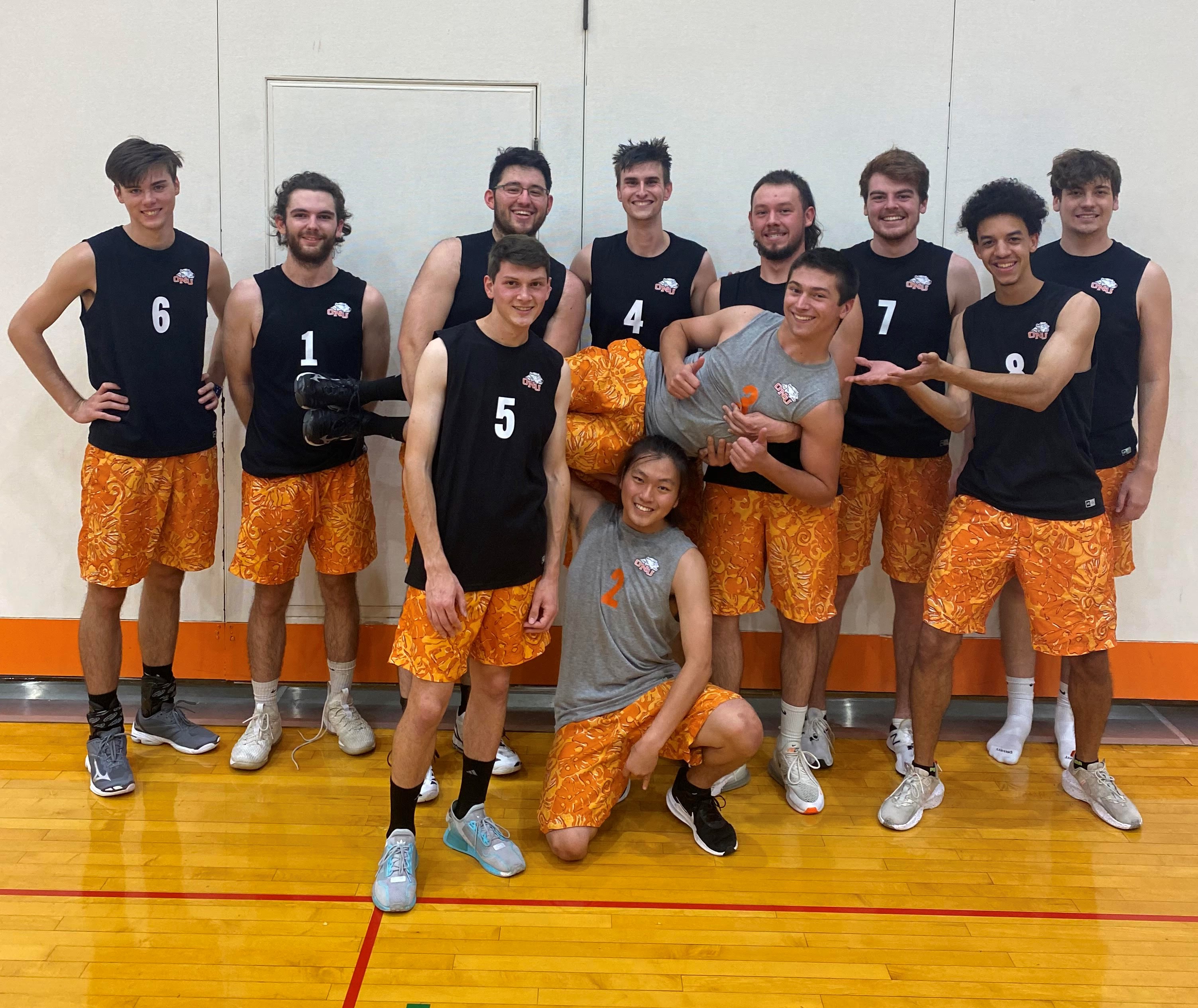 ONU’s Men’s Volleyball Club has been able to dominate the court for many decades through dedication and passion. Winning a National Championship title back in 2006. Even though the team is filled with talent it is more than a sport for them, it encapsulates a lifelong friendship.

This fall was the first year the club had to have tryouts because of the influx of interest in the team.  The team currently has twelve members more than the past consecutive years in which they’ve only had eight members maximum.

Practicing all year round, three times a week, this 2021-2022 team is ready to get back in the game after Covid-19. The president of the club, Josh Pinchek, a senior civil engineer, was able to play all of his four years here at ONU. Nonetheless, one of his goals as president is to bring his team to nationals, and this year it looks like he’ll be able to. “We haven’t been able to go to nationals in the past five years, this year it is in Phoenix, Arizona. Through team dues and fundraisers it looks like we will be able to go.” Pinchek stated.

While the stakes are high for nationals the team prioritizes companionship and sportsmanship. More than half of the team has no prior volleyball experience, but that just adds to the dynamic of the team. Pinchek adds, “We take anyone who is interested in being a part of the team, train them, and help them be the best they can.”

First-year teammate sophomore Matthew Meade values the importance the team sets aside for individuals with no prior experience. The team is inclusive to all, however, Meade’s favorite part of the team is the companionship. “Even if we’re not playing, we are still on the sidelines cheering, wanting the best for our teammates. We are really on the upturn here this semester. Our continuing growth of our team and how a lot of us work well together makes me look forward and hopeful about what we can do for the spring [national] tournament”.

Atlee Carr, a junior pharmacy major gave insight to the brotherhood of the team, “We are playing music and dancing in between sets, not goofing off but having fun while practicing. It is very supportive in the sense we cheer everyone on no matter what”.

Between the strength of the team and their sportsmanship, they will be training to bring ONU’s name back to the national championship this spring in Phoenix, Arizona. A team has multiple parts including coordination, dedication, courage, passion, commitment, and most of all camaraderie. ONU’s Men’s Volleyball team encompasses all of these components allowing them to once again attend the national championship.