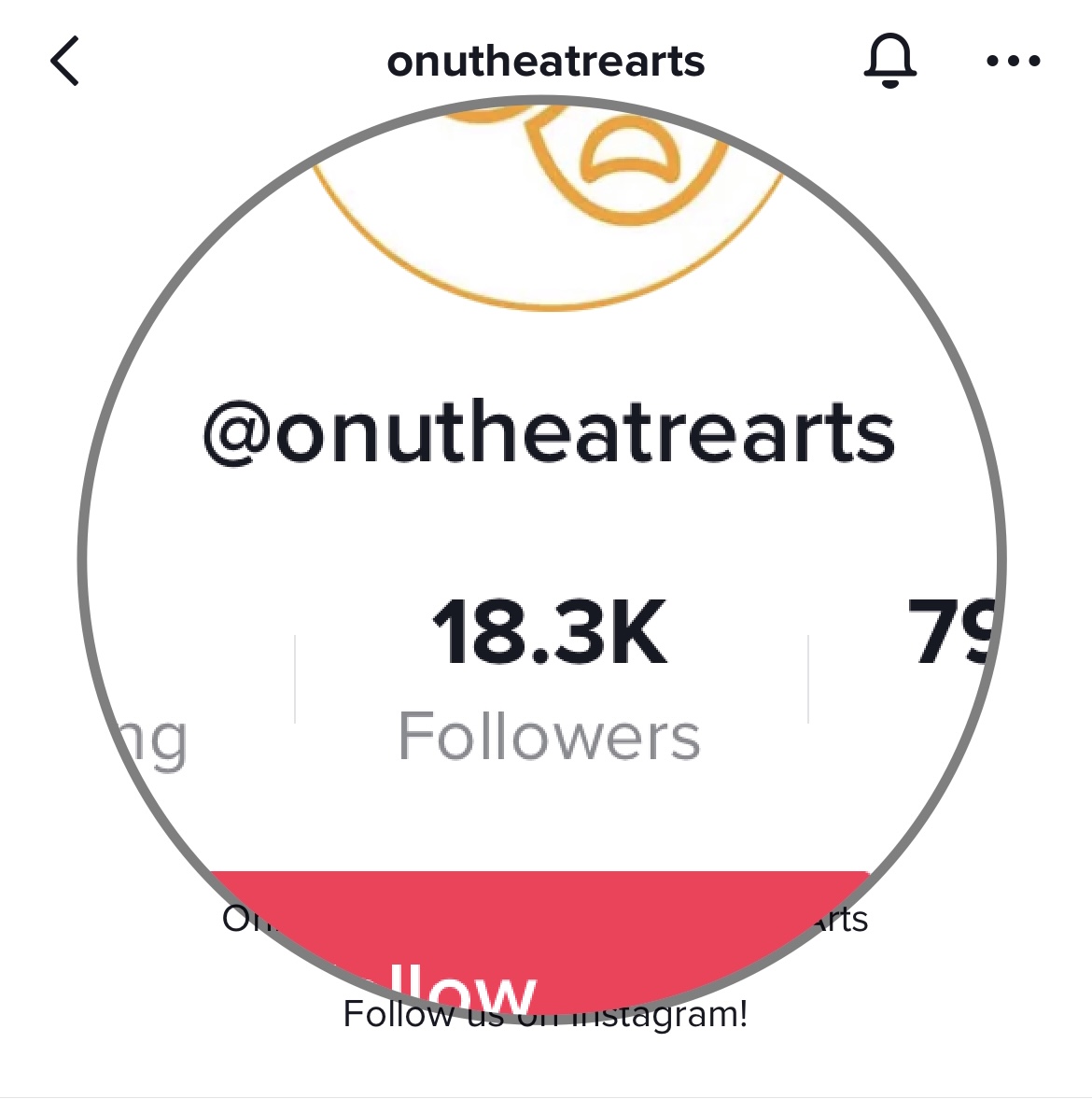 TikTok is a dominant social media platform that has grabbed the attention of the world. In our own small village of Ada, thousands watch on the app to witness the creations of Ohio Northern University’s Theatre Arts Program.

On September 30th, the Theatre Arts TikTok page uploaded a video of a rehearsal of their Beauty and the Beast Performance. This was the first to go viral with 206,300 likes and 802,300 views. The video was a collage of multiple scenes, including Rachel Rice as Belle singing, Caleb Jingo as LeFou singing, and Olivia Gierke, Armani Ponder-Keith, Camryn Lamontagne as the ensemble/silly girls dancing.

The following videos continued the success, growing their TikTok page to 18,300 followers. The comments of every video are filled with admiration and compliments.

Marisha “Ruthie” Osowski, a Musical Theatre Major at ONU was hired by Dylan Woods, the Director of the Freed Center for Performing Arts to run the account. Osowski explains why she wanted to start this account, “I thought it was about time to really put our name on the map, in terms of being a recognizable theatre department.”

“We all knew how incredible our department was, and just because we’re located in rural Ohio does not mean we don’t have the same skills as some of the more ”known” schools. ” She added.

Social media has become an art form for many. Osowski knew what she had to do to accomplish her goal of getting the department recognized.

Giving clarification, Osowski stated, “I made sure to get what I knew people would want to see…the most iconic songs from the show, the lead characters, or some of the most exciting bits of choreography…to make a balanced video with a little bit of everything in it that will keep an audience’s attention.”

Keeping the TikTok page on its feet, balancing classes, and working in the costume shop, Ruthie Osowski is not only relieved to see the support and reassurance of her dedicated work but also tells us what we can expect in the future as she states, “I definitely feel like I have a lot more weight on my shoulders now in terms of putting out good content to keep our audience engaged.  We have a great rest of the season lined up, and I know next year will not disappoint either.”

The 18,300 followers who saw the behind-the-scenes of the Beauty and the Beast production can expect clips from all the productions in the future.