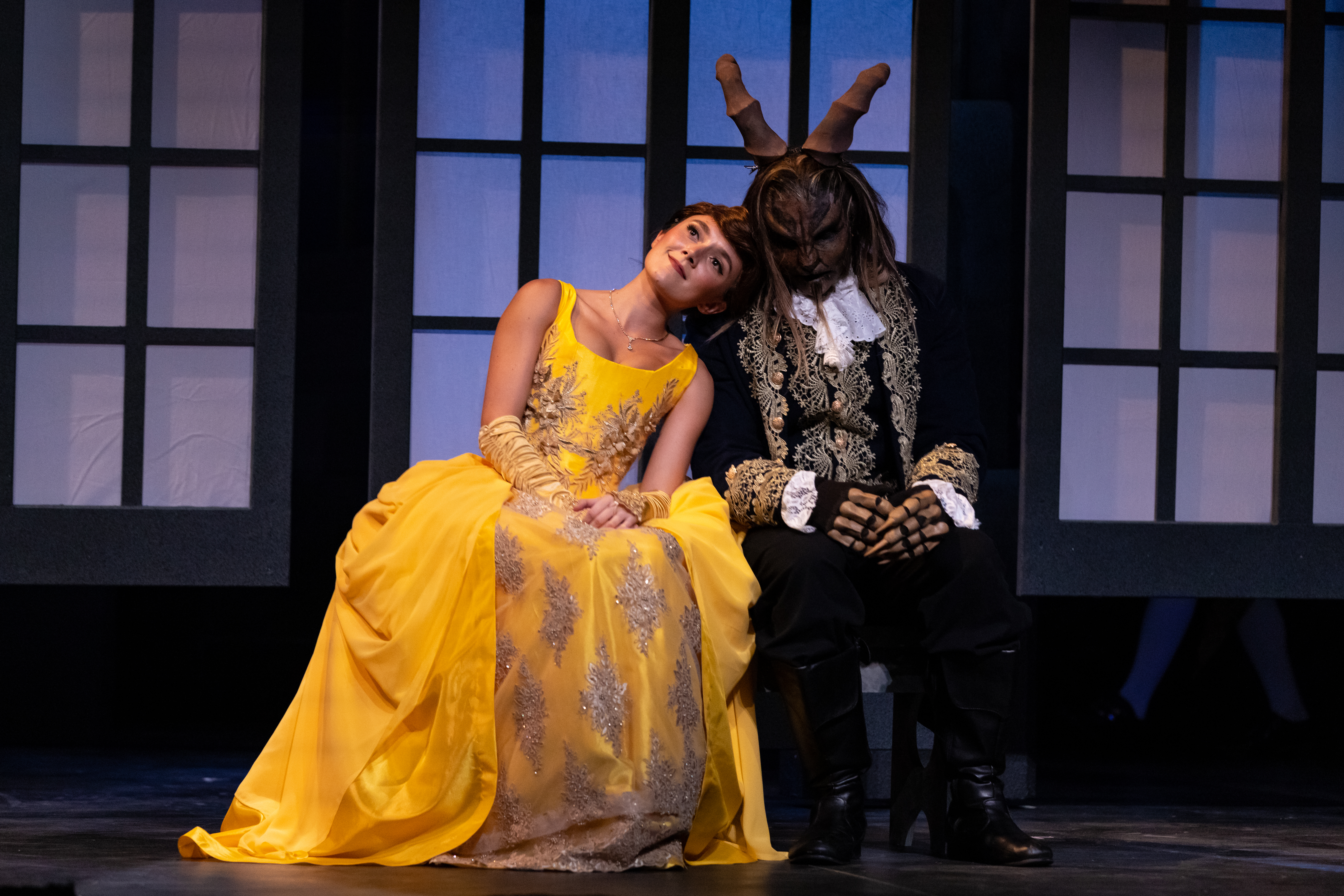 For two weekends in October, Ohio Northern University’s Theatre Arts program performed their rendition of Beauty and the Beast, the Broadway musical. “The tale as old as time” eloquently defines the differences between inner beauty and outer beauty. It utilizes a variety of symbols to demonstrate this.

The story begins with an egotistical prince and his castle being cursed by a witch, turning him into a horrific beast. He is able to return to himself after he learns the hard truth about inner beauty. A village girl, Belle finds herself locked in the castle with the Beast. She teaches him how to love himself, while he also falls in love with her. The curse is eventually broken giving a new insight of love to all.

Not only was opening night completely sold out, but six out of the seven performances reached maximum capacity. Director of the Freed Center for Performing Arts, Dylan Wood expressed his reaction to the attention the performance was receiving, “It was beyond our expectations, how people responded. People were really eager to be back.”

Wood elaborated, saying that “This place holds a very special place in my heart, so to see the stage just put me over the edge, especially the students, they worked so hard. To be greeted the way they were was just an uplifting experience.”

Rachel Rice, a senior, double majoring in Theatre and Psychology, played the role of Belle. She had a unique experience herself “It showed me why theater is so important to me. I looked at it more than a Disney show, it was about an intelligent, strong, courageous woman. I haven’t performed in a live audience in years, the feeling of doing a number like this, and hearing people scream and applause was the best feeling ever.”

Covid-19 put a hold on a lot of things, however, Theatre Arts was ready for a comeback performance Wood declares, saying “We went a year and a half without having people inside Freed. It was really refreshing. Planning with Theatre Arts, we wanted to go big and celebrate. To do so we are doing fewer productions but bigger productions.”

A bigger production does come with more elbow grease. Rice points out “Everyone was putting forth their best effort. They were the glue, they were the definition of a team.”

The production has been in the works since the spring semester of 2021. Throughout the summer many things were in motion behind the scenes such as the unique set being built and the cast memorizing their lines. All in all, this wasn’t any ordinary production- it was a comeback for the Theatre Arts program.