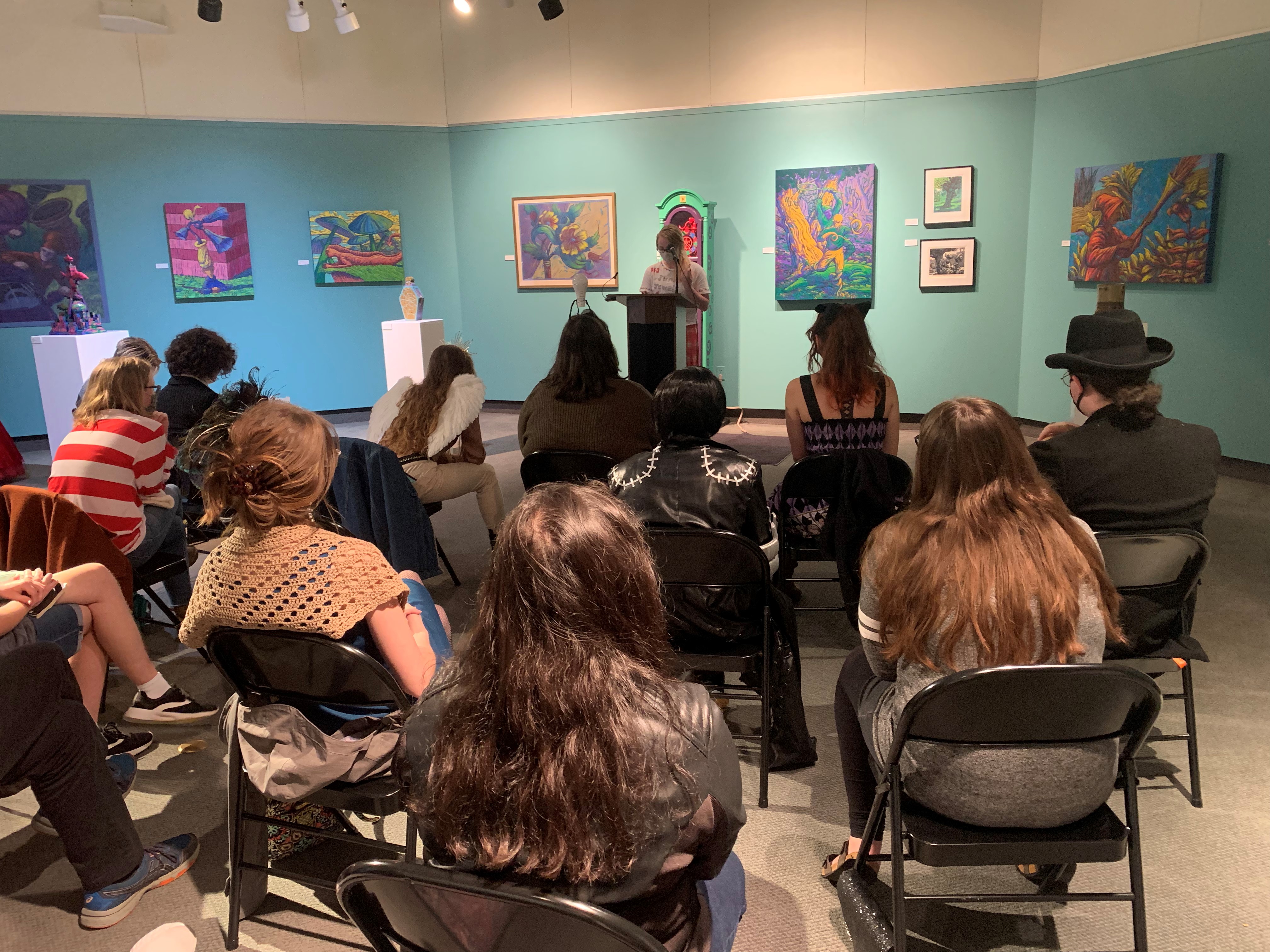 Frankenstein came alive again on Wednesday, Oct. 27. He visited the Ohio Northern University Elzay gallery around 6:30 p.m. He jerked across the room in the minds of those who listened once more to the creeping words of Mary Shelley voiced by Elizabeth Dornbusch. She and many other creatures came to life in this room voiced by English major students at a podium.

One student, Hannah Enciso, recited a short story called, Next Time You’ll Know Better, from reddit user: ipostatmidnight. spoke of an unusual vampire, asking if anyone had been visited by it before. They might remember the vampire, it would be waiting for them in a random room. It would make the person freeze, invade their personal space, and rather than take their blood, it sucked away their memory. The final line is what pulled the whole story together: “Have you ever gone into a room and forgotten what you went in there for?”.

The elaborate joke hung in the air for a moment while the audience processed, then with a startled laugh, the audience applauded the writer’s wit and cunning having taken them all in creating a tension that was so effortlessly relieved having given way to laughter.

After a few more poems and stories, the Spooky Rapid Fire Reading came to a close, but the fun was not yet over. Any students who attended the event in costume competed in a costume contest. The winners of the Contest were Magnus Singer, who was dressed as one of the Heathers, Isabelle (Isa) Hutchins dressed as Mrs. Peacock, and Kara Manning dressed as the Dead Poet’s Society. They were chosen for the effort they put into their costumes and the creativity of the costume concept.

This event occurs annually, as a favorite gathering in the English department put on by Polaris, the creative writing magazine on campus. They typically hold the event in the Elzay Gallery to set the tone of the gathering through the thoughtful lighting used to display the art on the walls and the close space to allow for a small number of people to feel comfortable filling the room.

“This is always a highlight of my academic year” stated Dr. Pullen, the faculty advisor of Polaris.