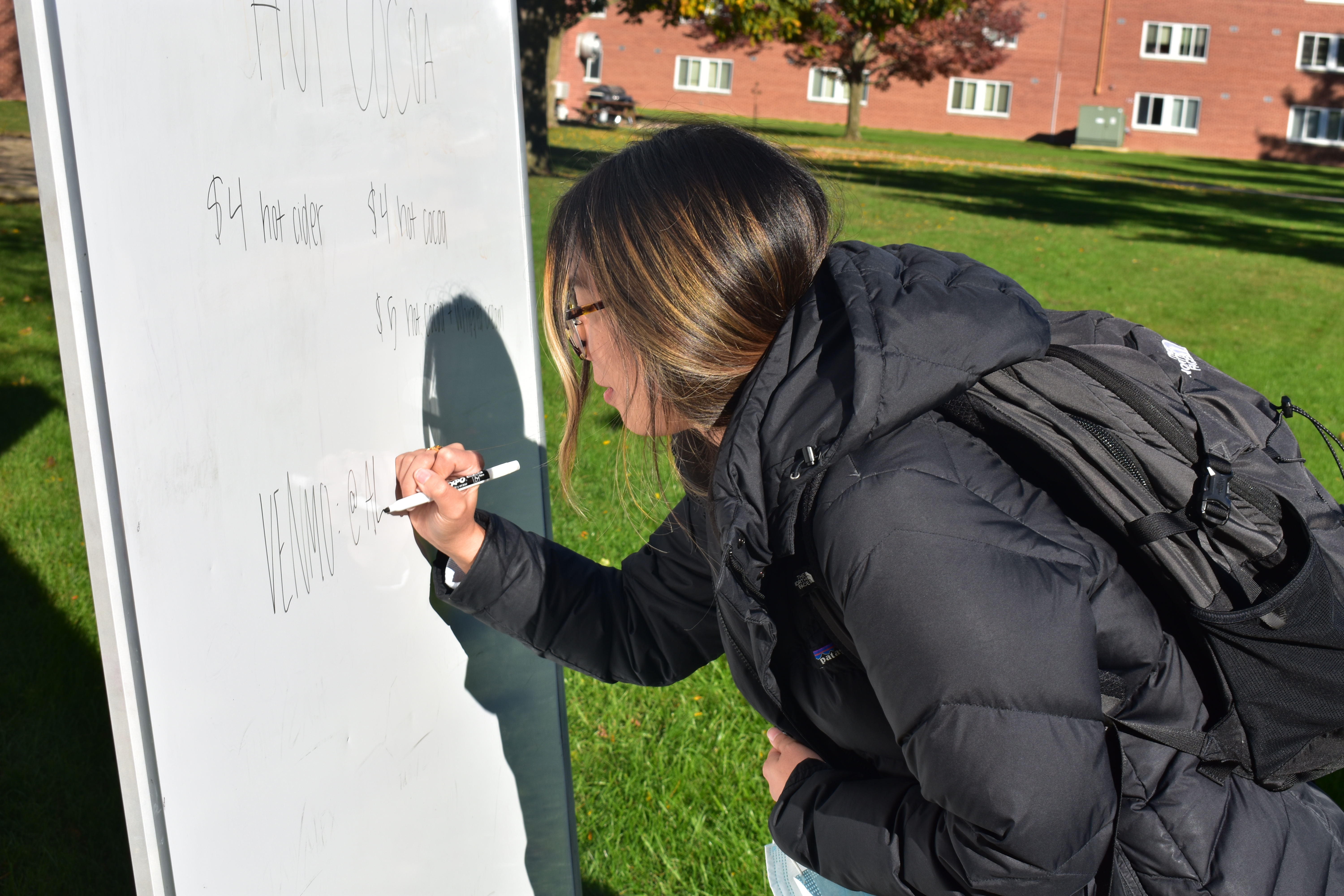 Brother of Alpha Sigma Phi, Tyler Williams, stated in his email: “This event is a sexual assault awareness course being hosted by Pamela Silver and more geared towards Greek and non-Greek women across campus”. A fundraising event was included to sell hot chocolate and apple cider all proceeds of which went to CASA (Court Appointed Special Advocates for children).

The above sentence of the email caught my eye. Why is the sexual assault awareness training being offered by a fraternity and geared towards women? This seemed like a red flag that read: fraternities are the most likely place for a person to be sexually assaulted, but at least we’re making the women aware of it first.

According to John Hechinger’s book published in 2017, True Gentlemen: The Broken Pledge of America’s Fraternities, he states that fraternity men are three times more likely than non-fraternity men to sexually assault someone. The deeply ingrained idea in our society that sexual assault is a problem for the victim to deal with, not the rest of us. People who are more likely to be assaulted (Women, LGBTQ members etc.) are responsible for carrying pepper spray, for not wearing clothes too short or too revealing, for not drinking too much, etc. It is always the woman’s duty to protect herself so that she can avoid any sexual assault and men aren’t responsible for their actions because boys will be boys. These were thoughts that ran through my mind when I was heading to the Alpha Sigma Phi events on Tuesday, October 26, 2021.

After the CASA fundraising event, Drew Hurley, a brother of Alpha Sigma Phi who spearheaded this event showed up at the training along with his fraternity brothers. They were present in the audience as Pamela Silver, Ohio Northern University’s Crime Victim Services representative, shared the basics of sexual assault, what it is and how it can be prevented.

Silver opened with a video illustrating that 1 in 5 women experience sexual assault in their lifetime in America. The consent tea video showed an analogy that consent is as simple as tea. Don’t make people drink tea, don’t make people have sex with you.

The Office on Women’s Health defines sexual assault as, “any type of sexual activity or contact that you do not consent to. Sexual assault can happen through physical force or threats of force or if the attacker gave the victim drugs or alcohol as part of the assault. Sexual assault includes rape and sexual coercion”. Coercion, as Silver defined it is “persistently asking for sexual interaction” and “if someone has to ask 50 times in one night to get someone else to do something, they aren’t doing it because they want to. That is coercion, in terms of sexual abuse, that is illegal”. The ramifications, if legal charges if pressed, are drastic. In Ohio, the maximum sexual assault charge is $750,000, or 30 years behind bars. Silver adamantly reiterates the punishment for one charge. There may be multiple charges in one case when reported, which depends upon who the victim goes to and what they say. They can either go to the police, the campus judicial system or remain silent. If the victim chooses to go to the campus the greatest punishment the offender will face is expulsion.

In spite of my preconceived beliefs, I found that the presentation was insightful. “See something, say something, do something” Silver stated over and over in the presentation. If a person is at a party and they see that someone is taking advantage of another person, they should distract the offender, and try to get the person out of harm’s way. “Frats are infamous for being involved in sexual assault, and it’s just been something on my heart to do something about it” Hurley stated. Alpha Sigma Phi began planning the event this past July because they wanted to have the chance to start a change and bring more awareness regarding sexual assault to the ONU community. Hurley expressed that having another similar event would allow them to reach out to more ONU students in the future.

I was drawn to this event with an indignant fire burning in my eyes, and I quickly found that I was wrong. I leaped toward illegitimate conclusions wanting to combat social stigmas that assume women are responsible for sexual assault happening to them. I was pleasantly surprised when I instead met with a group of brothers who wanted to prevent more pain and suffering, as well as battle the stigma of fraternities potentially harming women and others who attend parties there.