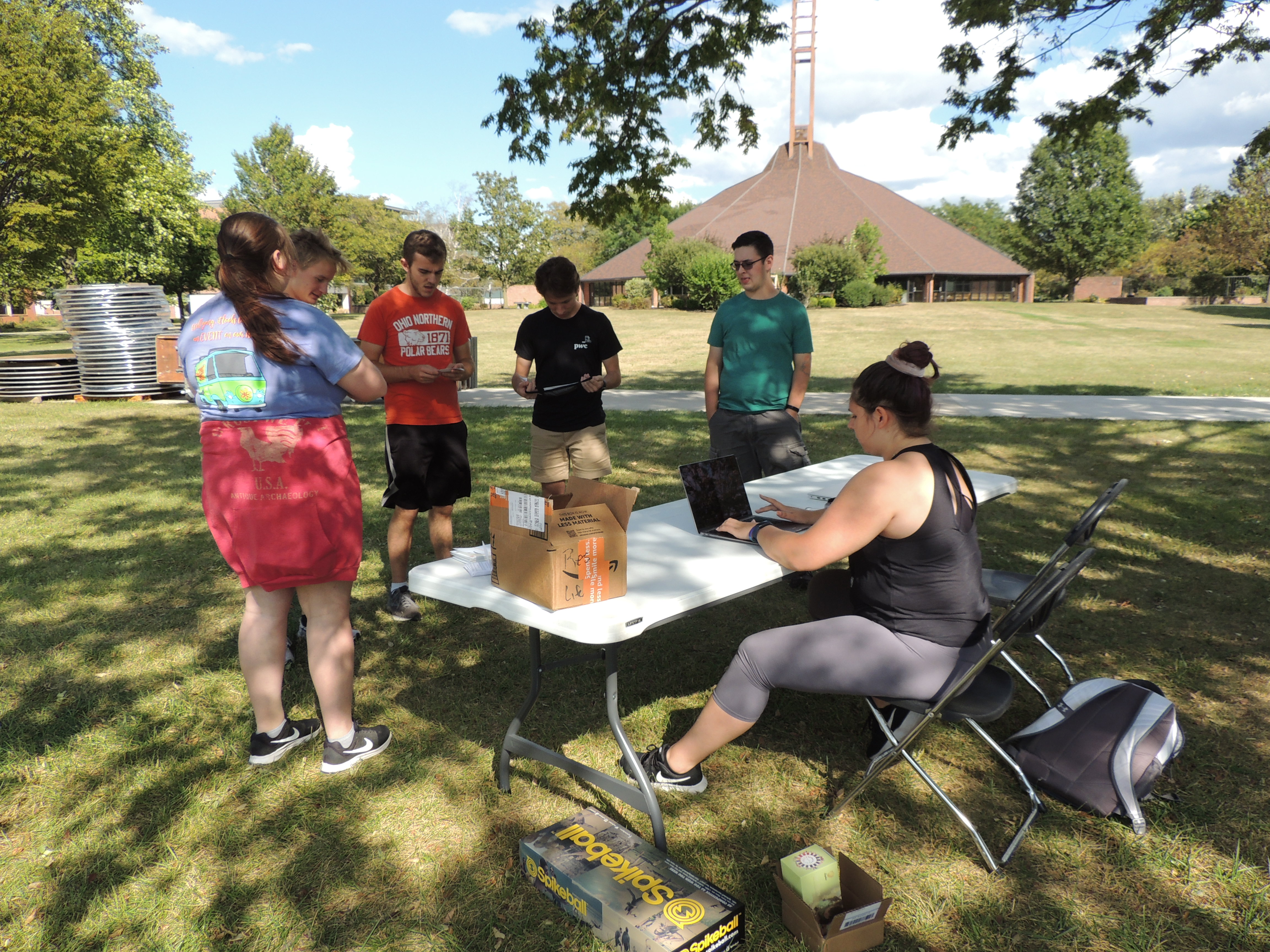 Students could be seen running all over ONU’s campus Wednesday, Sept 8, as they participated in the Student Planning Committee’s Stamp Hunt event. SPC event coordinator, Jocelyn Smith, put together the Stamp Hunt event to allow students an opportunity to get involved on campus and win top dollar prizes.

Students began on the Tundra where they were given a list of clues of where to find the stamps and a blank card to collect the stamps on. Individuals and groups who participated gave their name to the SPC member at the starting table who would write down the starting time of each group. Students then had to go to each location based on the hints from the clue card. An SPC member would be at each location with a rubber stamp and ink pad to mark each participant’s card. Once the participant had a complete stamp card, they had to come back to the SPC table on the Tundra to get their final time.

The Disney themed hints led students all over ONU campus from Presser to Heterick Library to the tennis courts out by the Dial-Roberson football stadium. The clues were in no particular order which allowed students to arrive at each location in the order they preferred.

Some hints tripped up a couple participants, causing participants to confuse the Freed Center with Presser and the old tennis courts by the Lehr-Kennedy Engineering Building with the new tennis courts. Despite these mix ups, most participants were able to finish the course with a fast time.

To ensure fairness between all participants, the top three winners were determined by the least amount of time spent during the hunt, not by the first participants to complete the hunt. Participants were also not allowed to use skateboards, bikes, or rollerblades to get to each location to make the hunt fair. The event brought out the competitive sides of some participants who ran the whole course while others leisurely completed the stamp hunt on the sunny day.

The prizes for winning the stamp hunt included a pair of wireless Beats headphones, a spike ball set, a hammock, and various gift cards. If students played as a group, the time of the member who came back to the table with a complete stamp card first out of the group would apply the time for the whole group. The group that won received the spike ball set, as that could be enjoyed by all members of the group.

The scavenger hunt-like event gave students a chance to win great prizes and to show school spirit while running all over ONU campus. SPC can host more active and in-person events now that COVID-19 regulations are becoming more lenient, starting with the ONU Stamp Hunt.