Chick-fil-A With the ZTAs 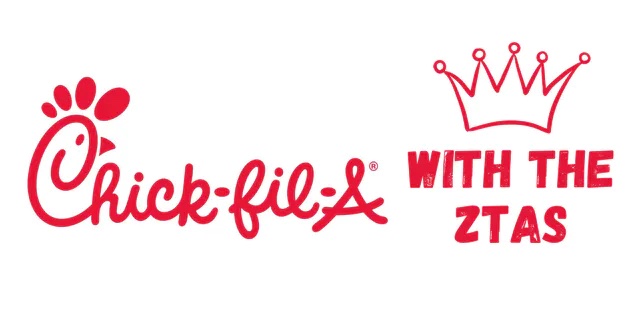 The Ohio Northern University sisters of Zeta Tau Alpha presented their very first Chick-fil-A with the ZTAs on Tuesday, March 23rd from 11 a.m. to 1 p.m. on the Tundra. They offered a single sandwich for $5 each or a meal that included a canned drink with a bag of chips for $7. Students and faculty were able to preorder their sandwiches/meals through the website CrowdChange. When a preorder ticket is purchased, the receiver gets a receipt with a ticket stating when to show up and the transaction number. They even had a limited quantity available for purchase on the day of the event for $6. As stated by ZTA member Madison Gutkowski, “This fundraiser supports the Zeta Tau Alpha Foundation which supports scholarships, educational programming, leadership development, and our fight against Breast Cancer, which includes partnerships with Bright Pink, the NFL, and the American Cancer Society!” The overall goal was $1,000 and ZTA raised $835.

Personally, as someone who has never tried Chick-fil-a before because there was not a restaurant near me, the choice of selling Chick-fil-a instead of any other fast-food restaurant was a brilliant decision. The sandwich was very fulfilling, especially for those who had to attend afternoon labs at noon and wanted a snack without traveling all the way to Findlay while supporting the college.