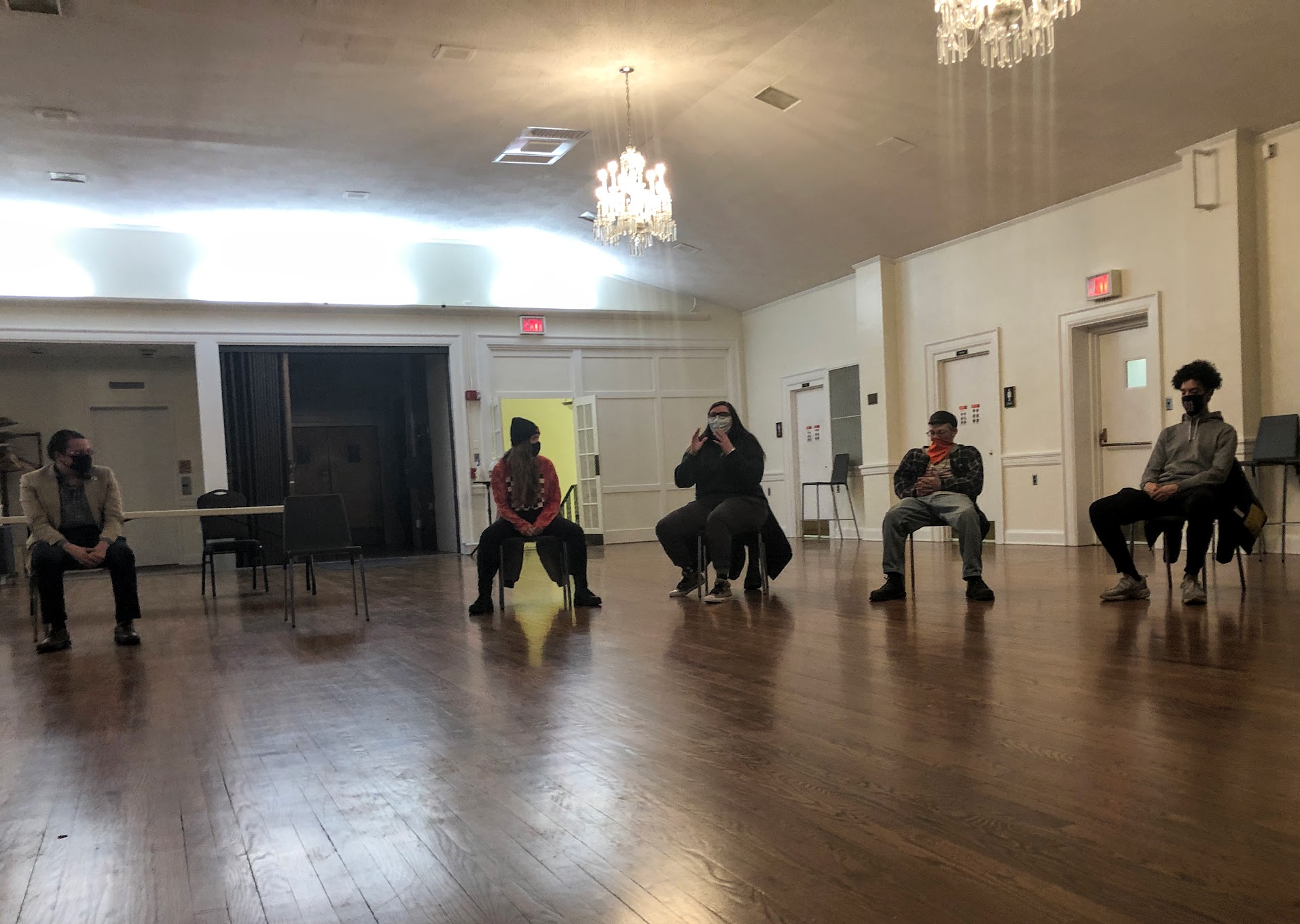 National Women’s History Month takes place in March, celebrating the accomplishments of women throughout history. ONU’s Sigma Tau Delta, an International English Honors Society, hosted a Women’s Reading to celebrate various female authors throughout history and as a method of empowering women in general. The Sigma Tau Delta Women’s Reading allowed for a conversation about gender, gender roles and norms, and feminism in today’s society.

The Women’s Reading was held on March 16 in the Ballroom of upstairs MacIntosh. Twenty chairs were set up in a circle, with twelve individuals in attendance when the reading began at 7 pm. Students could come prepared with a piece to read, and several brought pieces by women about empowering women. Sigma Tau Delta President, Allison Young, opened the event with a series of questions, asking the group what they thought about a woman’s gender identity and how that has been established in society today. One attendee made the point that it is hard to define a woman and even a particular gender in general. Every individual has their own definition of gender that may be different from someone else’s definition or even society’s definition.

This led the conversation to consider typical gender roles and norms of men and women as decided by society. Such roles and norms include women maintaining the cooking and cleaning within the household while men are often tasked with fixing machinery and working on cars. These roles and norms are counterproductive, however, as each gender needs the skills that the other is tasked with by society. Men need to know how to do laundry just as women need to know how to fix a car tire by themselves. These gender norms are assigned from birth, where girls are often pushed to enjoy activities and objects that are considered feminine. For example, young girls are typically given dolls to play with rather than trucks, or they’re told to like the color pink because that is the color associated with femininity. Boys on the other hand are given trucks and steered away from dolls to plant the seed of masculinity. The discussion grew from here to the reaction women and men have to this socialization, with some members in attendance pulling from personal experience.

One passage from Vox by Christina Dalcher was read once the discussion began to die down. This passage, the first chapter of the book, prompted another in-depth discussion over gender roles and norms between men and women, and how these norms are determined. This discussion took a turn towards other genders that are being introduced to the world. Gender roles and norms are changing with these new genders, prompting the consensus within the discussion group that the concept of gender is messy, and that’s okay. With these new genders come a change in society as we know it, allowing for the traditional genders to break previous gender roles and norms. Men can become stay-at-home husbands or fathers while women become the primary wage earner in the household.

Readings of Nikita Gill’s poem, Fire, and Georgia Douglas Johnson’s poetry collection, The Heart of a Woman, prompted attendees to think about the image of women in popular culture today. Movies like Captain Marvel and Birds of Prey were brought up, discussing how men didn’t like the main characters because they are strong women characters and the protagonist. Other movies, such as The Hunger Games and Twilight, were referenced to discuss how some women characters are created to be strong but are not genuine actors.

The last twenty minutes of the event brought up a discussion over feminism and the perceptions of the concept. Although feminism has the goal of achieving equal rights for women, it wants equality for both women and men. This view is often skewed by extreme feminism, where some individuals see men as bad. Members related their own experiences of feminism and how they came to understand what feminism is and should be. Several attendees had mutual experiences of growing up in conservative areas that extremize feminism. These individuals additionally found that college helped them understand what feminism is exactly.

I was nervous to attend the women’s reading because I don’t normally like events that involve some form of discussion. I’m the type of person who would rather observe a conversation than engage in one, a habit I have adopted from forced participation in countless Socratic seminars. I was grateful, once the event started, that there was no pressure to join in on the conversation. I was surprised to see that much more time was spent on thoughtful discussion than on the readings that had been prepared. I was expecting individuals to read in turn the pieces they had brought, maybe a small discussion of each piece in between, and a quick wrap-up of the event. Seeing both girls and guys get involved in a conversation about gender roles and feminism, and how the two have personally affected them was insightful to me. A person can learn a lot about another person’s upbringing and personality through reading like this, an aspect I find fascinating. Hearing others become vulnerable and not only share details of their life experiences but the hardships they have encountered is an important part of these group readings.

Although this Sigma Tau Delta reading was technically a women’s reading, it opened the door to a multitude of discussions about gender as a whole and what it means in our society today. One of the main points that we agreed on as a group before we left was that although defining gender is hard and can be messy, each person has their own definition of their gender. This leads to the second main point that the definitions shouldn’t matter. It is up to each individual to define their gender however they want, regardless of what others think. Not only should a person’s gender be left up to that person, but the roles and norms that accompany each gender should be defined by that individual. Having these discussions together is important to growing our understanding of gender and therefore forming our own definitions of our gender and what we feel our role is.