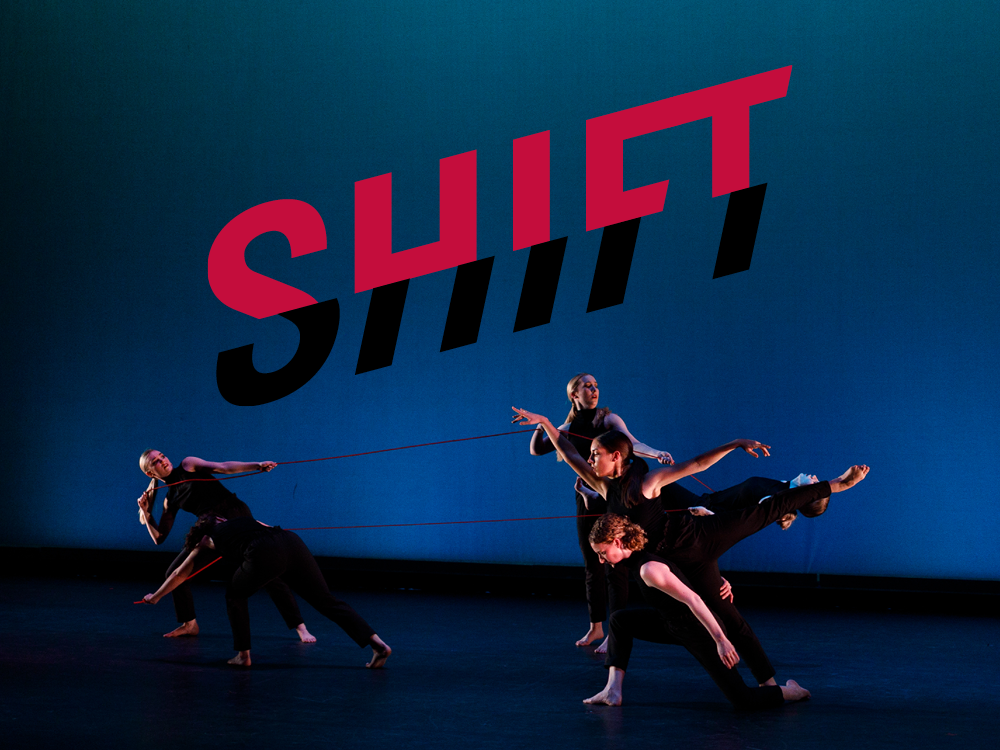 “What does shifting mean to you?” This was the prompt for all of the choreographers for Ohio Northern University’s annual Choreographer’s Showcase this year.

The showcase usually takes place in the Freed Performing arts Center here on campus to allow students to take part in all aspects of a dance production. They choreograph, perform, create sets, help with lighting and sound and help to organize the entire event.

Creating during a pandemic has altered this production just like everything else.

SHIFT aired the weekend of March 19-21 of this year. It was streamed online. Tickets were $5 for a student and $10 for others who wished to attend the show. There was also a free preview for students on Thursday the 18th.

The show was a 45-minute long production premiering ten dances. The original intention was to film a dance concert, however, the filmmaker they contacted, Matt Simpkins from on the Rocks Films declined this idea saying “that’s not what I do”. Simpkins told our director of dance, Elizabeth Cozad, MFA, that any of the students on campus could record a dance concert, and that they would only need him if they wanted to create a dance-for-camera film.

This is when the ideas behind this spring production really started to shift. Committed to doing a dance-for-camera film, Cozad and each of the choreographers met with Simpkins to discuss the differences between stage and film dance and to craft a visual cinematic story for their pieces.

Simpkins created visual idea boards for each of the choreographers after speaking with them. This helped to aid ideas for the individualized setting, costuming, lighting and props for the ten pieces. All of this took place in the middle of the fall semester of 2020.

This is the usual amount of time that the dancers have to learn their dances for the Choreographers Showcase. This year, however, was a very different learning environment for the dancers.

Ruthie Oswoski who choreographed, danced, created costumes and edited for the production said that “Due to COVID restrictions, the majority of us weren’t allowed to have our dancers physically touch.  I chose to choreograph a very classic, musical theatre tap duet with one male and one female-identifying dancer, so I had to get creative in the ways that they connected throughout the piece”.

Another difficult part of this process was learning and training to dance in masks “I definitely had to build up my stamina for this show!  The piece I was cast in required a lot of outside ‘training,’ involving exercising with a mask on, so I could feel comfortable performing a difficult six-minute dance under those same conditions” Osowski said about dancing in the mask.

There was one piece that included touch. This was Abigail Long’s Corruption. “While we did touch in my piece,” Long said, “the dancers only touched at the end of rehearsals and sanitized before and after each contact”. Although this was a challenge that would have been unheard of in last year’s Choreographer’s Showcase, Long accepted it with grace saying that “The greatest art of all time is created during times of crisis”.

The biggest thing for the dancers this year is that, “We got to perform”, Cozad said remarking on how many of her colleagues in other schools are stuck at home still teaching virtually. “My creative and artistic muscles were flexed and pushed in this production” Cozad said about the piece that she choreographed.

This production was pulled together by a community of people, crew, filmmakers, choreographers, editing team and dancers. Erriene Cassidy, the student stage manager worked with Production Manager, Kathe DeVault to pull all of the strings into alignment and make the creative and logistic parts of the production flow hand in hand from week one of choreography through the film/tech week.

This production was a study in adaptation and shifting for many of the participants. According to Simpkins “dance hasn’t always translated well to on-camera, but lately, there has been a renaissance in dance narrative for camera. This just goes to show that you don’t need to be in a theatre to feel dance”.

SHIFT was a new experience for the Ohio Northern University dance program, and was accepted by the community as a welcome challenge opening the world of film up to the creative community here.

“SHIFT was an incredible, once in a lifetime experience for everyone here at ONU.  It’s a very special dance-for-camera film that was only able to happen because of the hard work of the cast, choreographers, crew, and staff at both the Freed Center and On the Rocks Films”, Osowski stated regarding her experience with the SHIFT film.

Through the Lens: The Holiday Season at Northern