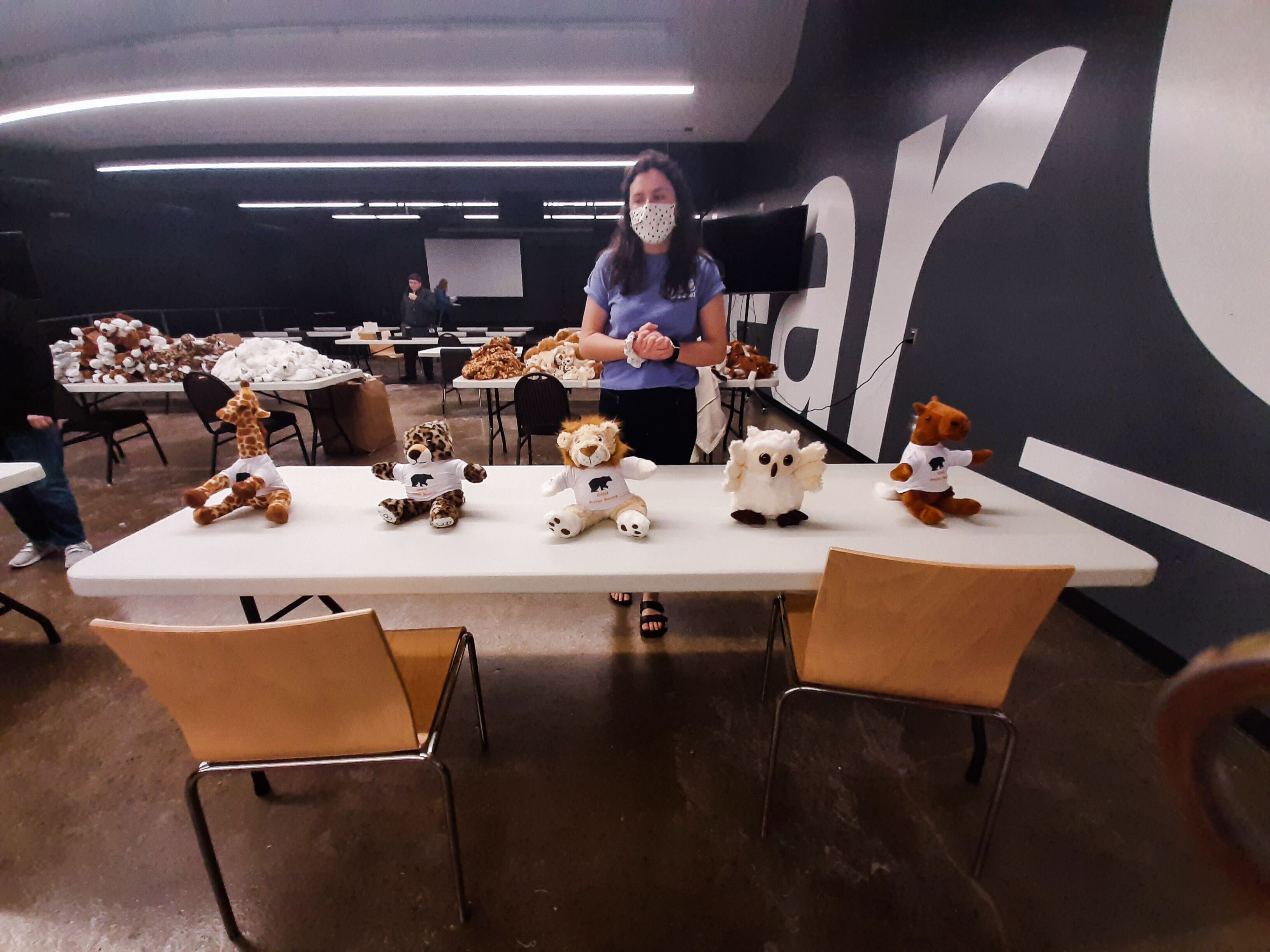 Events held in-person events become rare this year as the need for social distancing keeps large amounts of people from congregating in one room. SPC’s Build-A-Friend event held Feb 23 gave students a chance to get out of their dorms and grab a stuffed animal kit they can assemble themselves. Despite requiring little student participation, the event provided students an opportunity to take a break from classes, to see other people in person, and to show some school spirit.

Students attending this event entered the Bearcave, received a stuffed animal kit, and exited through the doors behind the stage, all while adhering to social distancing regulations. A variety of stuffed animals were available to students, a few being owls, giraffes, lions, and, of course, polar bears. SPC members passed out the stuffed animal kits to students in line and gave instructions on how to stuff the animals. The kits that students received contained the animal casing, the stuffing, and a small ONU t-shirt for the animal to wear.

Emma Prusha, one of SPC’s five event coordinators, planned and hosted the Build-A-Friend event. SPC was excited for this event to be their second in-person event this semester. Social distancing is an important COVID-19 requirement that any organization must consider when planning an event. Attendees were patient with the social distancing efforts made despite the long line for the event, a trait that Prusha is thankful for.

“I think people were for the most part really willing to kinda like put up with us and listen to us and be willing to be safe so that we could have an event,” Emma noted, “which I think is such a unique aspect of ONU in general.”

Multiple efforts were made during the event to ensure students remained at a safe distance from one another. SPC members patrolled the line inside and outside the Bearcave to make sure students were socially distanced and six feet apart. Students were led in and out of the event by way of an assembly line to ensure no more than thirty individuals were inside the Bearcave at once. This additionally allowed no opportunities for students to remain in the Bearcave and converse with one another. Taking the kits with them, however, allowed for students to create their new stuffed animal in the comfort of their home with his or her family unit.

Prusha decided to plan and host the Build-A-Friend event after a friend pushed her to do this event. “She goes, ‘If you don’t do this [event] I’m gonna be so mad at you, I want a cute animal’” Prusha explained, “So that was kind of like the start of it. And I knew we had done stuffed animal events a couple of years ago and they were really big hits and I thought ‘who wouldn’t want a stuffed animal during COVID?’”

One of the previous events with stuffed animals Prusha is referring to is the Craft Night from the Fall 2020 semester. This event allowed students to stuff their own polar bear during one of the crafts in the event. The Build-A-Friend event, in comparison, was solely focused on the stuffed animals, proving to be a huge hit with the ONU student population. A large line had formed at the Bearcave doors stretching all the way to the mailroom in anticipation of the event. This prompted SPC to begin the event ten minutes prior to the planned start time of the event. As with the Craft Night event, the Build-A-Friend event ran out of stuffed animals shortly after starting, taking only twenty-five minutes from the time the doors opened around 5:50 pm. Although there weren’t enough stuffed animals for all students, SPC sees this as a success and a learning opportunity.

“By the end of the night, we didn’t have any stuffed animals left,” SPC event coordinator Noah Stamper said. “so the fact that we had 350 some [stuffed animals] and were able to get all 350 gone I think that was a big success.”

Stamper and Prusha agree that this event should be done again, as there was much positive feedback from the student population. They would, however, order even more stuffed animal kits to allow more students to participate in the event.

SPC’s Build-A-Friend event may not have been able to include all students but it is still seen as successful for event coordinators. All necessary adjustments will be made to the next event to ensure more students can be included. COVID-19 restrictions may have made the event harder to host but SPC is doing what it can to provide students with memorable experiences and school spirit in this strange time.