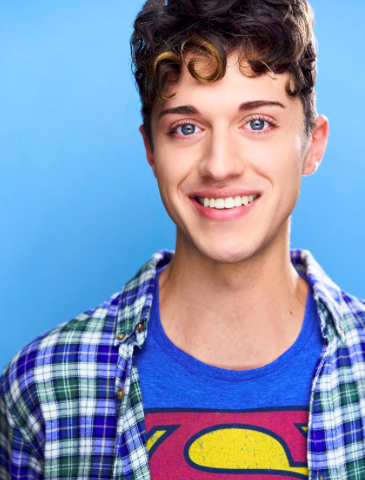 Virtual events are becoming the new norm due to COVID-19 regulations and colder weather, but going virtual doesn’t make those events less exciting. Hypnotist Evan Gambardella hypnotized several ONU students via Zoom call on February 5, hosted by ONU’s Student Planning Committee (SPC). Gambardella has been performing hypnotist shows for various audiences for almost a year and has performed both in-person and virtual shows.

Gambardella began the program last Friday by addressing common concerns that individuals have about hypnotism. Gambardella asked the whole audience to participate in the emotional freedom technique (EFT), where one taps various points on the body to help with various types of pain. Some of these points include the top of the head, between the nose and the mouth, and under each armpit. The audience cycled through tapping the various points as Gambardella explained the benefits of EFT and the benefits of hypnotism.

Those who volunteered to be hypnotized were separated from those who attended the event to watch by adding two asterisks to their name on the Zoom call. Gambardella performed a couple of tests to help him determine who would be a good candidate to be hypnotized during the event. All members of the audience could try these tests, which included envisioning a lemon tree, imagining holding a balloon in one hand and heavy textbooks in the other, and clasping hands together until the individual felt they could not take them apart. Gambardella emphasized the importance of listening to his voice throughout these tests and following his directions, a critical element necessary for individuals to experience being hypnotized.

All individuals were asked to turn off their microphones as the noise could detract from the volunteers’ hypnosis experience, and those there to solely watch the show were asked to turn off their screens as well. Anyone who wanted to be hypnotized and hadn’t volunteered but had done well in the tests were invited to leave their screens on so Gambardella could hypnotize them as well.

The hypnosis session began as Gambardella got the participants to relax and sleep. To inform those watching and those who arrived late to the event that hypnosis was in progress and to remain quiet, Gambardella had a warning scroll repeatedly across the bottom of his screen.  Several participants woke up during this initial hypnosis trance and then turned off their cameras, as asked by Gambardella upon starting. This left eleven participants who were fully asleep and in a trance state. These eleven individuals were put through several different scenarios for the remainder of the show. Such scenarios included participants becoming a part of an orchestra, revealing their superhero identities and demonstrating their superpower, talking in an alien language, and more.

Gambardella ended the show with enough time for a Q&A period to answer questions the audience had about the performance, about the process of hypnotism, or some struggles individuals may have in being hypnotized. This time was also used as a way for Gambardella to ask those who were hypnotized about their experience and how they feel following the show.

I thought this was a cool show to attend, even as an audience member and not an individual being hypnotized. I was skeptical when I first heard about a virtual hypnotist coming to ONU. I’ve only seen one hypnotist show, the Fred Winters hypnotist show on campus, and it was awesome. Thinking back to that show made me wonder how people could be hypnotized over a screen. I also was curious if many people had the same thoughts as I did and wouldn’t want to attend the event at all. I was surprised to see that over sixty people had attended the event, both those using their screen or sharing a screen with another person.

I was expecting the hypnosis to begin immediately when I signed onto the Zoom call.  Gambardella instead took the time to explain what hypnosis is, and isn’t, and worked to get the whole audience involved, not just those who were going to be hypnotized. The whole event was fairly evenly split between focusing on the whole audience and focusing solely on the hypnotized individuals.

One aspect of the show that stood out most to me is the stance of positivity and confidence that Gambardella took and used with the participants. Gambardella used each stage of hypnosis to make participants feel positive and confident, often prompting them to respond in a way that makes them feel their best.  I thought hypnosis was only used for show performances before this event but I learned through the show that hypnosis can be used for working through traumatic experiences or to help build self-confidence, among other things. Any attendee could see that Gambardella is very passionate about what he does and that he wants those who participate to improve following the show.

There are a few issues with virtual hypnosis that any hypnotist could run into during a virtual show. One issue that affected me the most was that the call kept glitching because my wifi connection wasn’t the most stable. It wasn’t a huge problem since I could tell what was happening a majority of the time, but it was still an inconvenience for me to watch. One problem that a participant might run into, that a few individuals faced during the show, are the factors outside of the Zoom call that affected the experience. Factors as small as a yell from a neighbor or a door slamming could be enough to wake an individual from the initial sleeping trance and could keep them from being hypnotized.

Evan Gambardella’s virtual hypnotism show was awesome, even with the few problems that other ONU students and I faced. I was skeptical at first, however, I got into it once I saw the participants fall into a trance. Gambardella’s lighthearted and positive manner was well received and would be enthusiastically welcomed back to ONU campus for another virtual show, or an in-person one once COVID-19 restrictions have lifted.