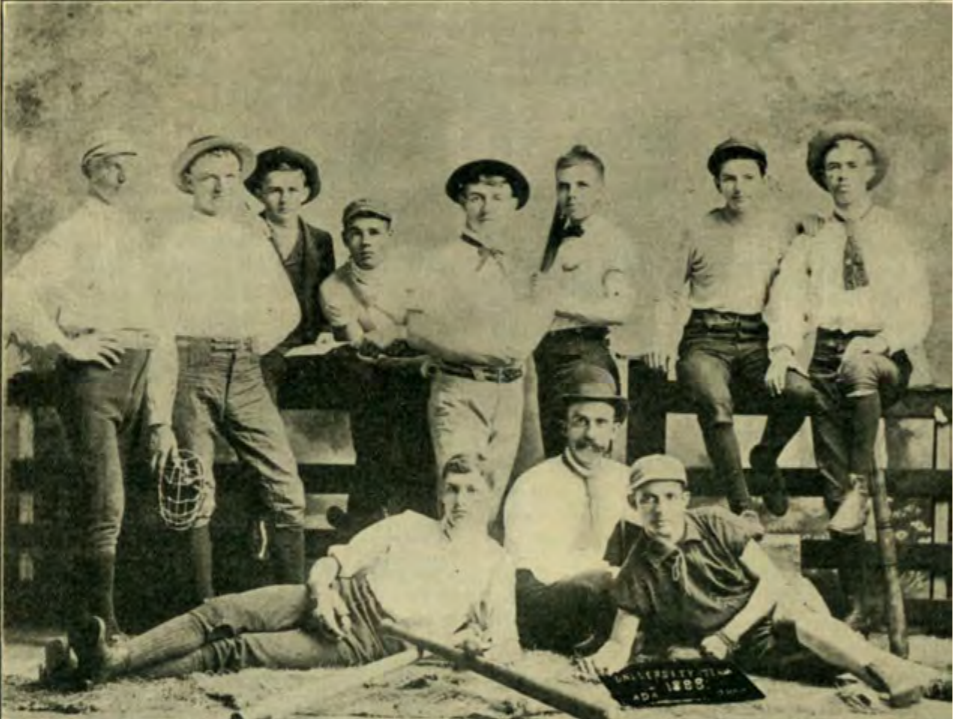 Baseball has likely been played in Ada and the surrounding area for over 160 years with the first games predating Ohio Northern and even the American Civil War. Baseball was likely the first game played on campus but was not recognized as a collegiate sport until 1896 when Ohio Normal School played Bluffton College. This was the only college game played by the team that year.

The campus was not suited for many college sports in the early days, and it is said that Henry Solomon Lehr, the founder of the school himself, allowed the boys to play baseball in his nearby cow pasture. The boys also played at the local fairground when not in the pasture. These early games were intramural and largely unorganized until it was recognized as an intercollegiate sport in 1896.

Some reports say that Lehr allowed his field to be converted to a baseball diamond as early as 1886 but the school did not receive its baseball field until November of 1920 when they constructed an official diamond with bleachers. Baseball was accepted by the school from the start, unlike football which received a chilly reception from school officials even though organized games were being played. This change in 1920 was in response to intramural sports receiving new leadership. Sports offered to men in 1919 were basketball, baseball, and boxing, and women were offered softball, volleyball, and basketball under this new program.

The Baseball team was very successful following this change in leadership. The team won a conference championship in 1923 and their winning streak continued for some time. They won the Ohio conference championship three times and consistently placed in the first division. The program was discontinued from 1943-1944. Ohio Northern restarted the program after the war and joined the Mid-Ohio Conference in 1950 where they continued to rate near the top every year.

Baseball in the 1920s was unlike anything you would see today. Generally relaxed (or underdeveloped) rules allowed some college athletes to get more “creative” with their techniques. One all-around athlete (when a man plates football, baseball, and track) from this time was Von Spellman. In times of stress, the athlete would employ a variant on the old hidden ball technique. Spellman would supply the ONU catcher with a fresh, white, and well-rounded potato before the game. The catcher would conceal the devious vegetable until his team began struggling. When an enemy player was on third base, Spellman would signal the catcher to toss the potato over the third baseman’s head. When the player on third bolted for home, cleverly tricked by the potato, the catcher would simply pull out the real ball and tag him. Historical records say that the opposing team’s coach would then vault from the dugout and throw a fit to which Spellmand would reply, “There was nothing in the rule book about a potato,” and he would be correct. Even if the officials ruled against him, the enemy team was off-kilter from the trick, allowing ONU to maintain a psychological edge.

Baseball at Ohio Northern is still a well-respected and appreciated program that has seen great success throughout its history. The team received Wander Field to the West of Kinghorn in 1977 when it was dedicated. This field has been the home of the Polar Bear baseball program since. ONU’s love of baseball has stayed the same over the years, though the love of potatoes used in play has seen a dramatic decline.