Harry Potter: A Decade After Release 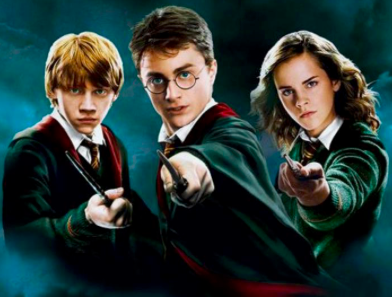 Now, let me defend myself, don’t come at me with the disappointment of a mother who walked into her eight year old daughter’s bedroom to see that it is a complete disaster after her daughter lied about it and was still allowed to spend the night at a friend’s house. But, I have neither read the books nor watched the Harry Potter movies until just recently, about two weeks ago. I can feel the shock and confusion radiating from the screen as you read this.

First and foremost, when the first movie came out I was just two years old and only just learning how to form complete sentences. When the last movie came out, I was 12 years old and apparently had more important things to do than read any of the books, let alone watch all the movies. Looking back, it is a little weird considering the following year I was reading the Hunger Games series and they are similar in their age-group appeal and storylines. By the time Harry Potter had become a defining feature of my peers’ lives, I was behind and I started to kind of appreciate that I was the only person that I knew who hadn’t given in to the appeal of the Hogwarts world. I didn’t feel left out or anything, I just thought it was such a time-consuming hobby to give in to at that point, which didn’t seem to be really worth my time.

The longer I was on social media had led me to joining more fandoms of my own. I always ended up colliding with people who had not only taken part in the trend of Harry Potter but were fully dedicated; it would be referenced in everything they said. I think our generation has a lot of little cultural things that are similar like, Spongebob, Harry Potter, SillyBandz, and a bunch of other things that almost everyone can relate to and understand even the most basic references from.

So, now here I am, 21 years old and I’ve finally spent an entire week watching all of the Harry Potter movies back to back on a weird streaming service, which only gave me 18 days to watch them from the time I made my account. Honestly, the thing that really pulled me in was TikTok. I don’t know how, but some TikTok algorithm led me to Harry Potter TikTok. I just needed to understand the POVs and I was procrastinating my senior thesis so hard. Unfortunately, I still haven’t read the books. Primarily, because I don’t have the time for that right now. I have them, I own the full set, but life is hectic, ya know? Still, I have some things to say.

It’s a weird experience to not understand some things that your friends grew up with. It’s even weirder to explain to them why you didn’t understand and further, even more weird to understand them like 10 years too late. Again, it’s not really that I felt left out of anything, but more so that some people are really passionate about this series and I didn’t understand all the hype. I cannot say that I’m fully dedicated to the Harry Potter series, but I think experiencing the movies all at once probably took away the excitement and shock I would have gotten from waiting between each movie and especially waiting between all the book releases. However, it was an enjoyable experience. I fully appreciated all of the magic and I was able to recognize a lot of the inside jokes that I always felt confused about. I got excited when I finished my homework and could sit down with a snack and a hot chocolate to hop back into the magical wizarding world of Harry Potter.

Overall, I wish I had the chance to start with the books before watching the movies. I am a literature minor so I know the books are usually better than the movies and it’s always better to get your first impression from the book. I know that I won’t be able to read the books without picturing the characters as their casted members, rather than creating my own pictures of who they are. I know there are details I missed that I probably would not, if only I read the books first. But, I am glad I finally gave in. The cinematography was beautiful and the background music was just able to hit the balance between being noticeable enough to give the ambience but fading into the background enough to not overpower anything. I’ve grown up seeing scenes and pictures of those cast members as their character so I probably would’ve just pictured them anyway and I think they fit the parts well. Most importantly, I’m happy to say that the series was still a part of my childhood even if I hadn’t directly meant for it to be and it feels like that part is finally connected to something.