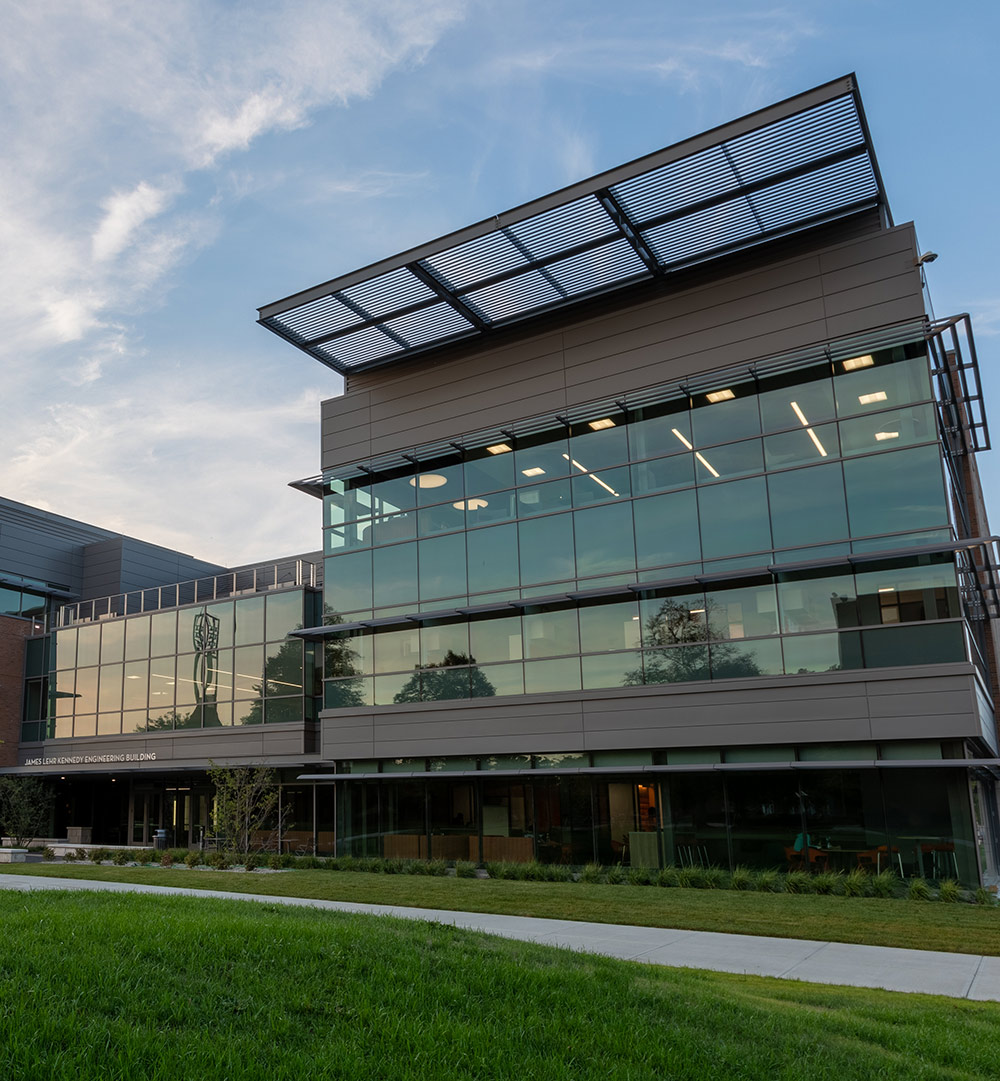 Several Engineering students here at ONU are building an artificially intelligent robot, one of the biggest and most audacious senior capstones to date. The team, named C3D2, is composed of Alan LaBelle, Bradley Lauback, Joseph Jennings, Matthew Schweinefuss, Todd Federici, and Michael Collins. These students have decided that they will build a robot to give tours of the TJ Smull College of Engineering.

The students were given the task by Dr. Zechman, the Assistant Dean of the College of Engineering. He asked for a greeting robot that can give autonomous guided tours of the new building to prospective students as well as interact with current students at the college. Their robot had to be the size of a fully-grown human and have the ability to traverse the first floor of the building by itself. These students took on this challenge and have since begun their task.

The machine is capable of smart charging and can give two tours a day. The battery and charging system allow it to stay charged throughout the day. But something stood in the way of the students while they were building it. They did not have the money needed for the expensive sensor needed to give the robot the ability to see what is in front of it and react appropriately. Due to the price, they searched for a company that would be willing to donate a sensor, and the students found a program called the SICK Tim10k Challenge.

SICK is a German company specializing in LiDAR sensors and the TiM10k Challenge is a national program where universities can compete to win a SICK LiDAR sensor, appraised at almost $2600. The competition judges students on who can use the sensor in the most creative way with the grand prize being a $10,000 grant and a trip to Germany. The ONU students were selected in the top 20 teams nationwide who are eligible to compete for the grand prize. The team has received their LiDAR sensor and are currently undergoing tests to optimize its performance on the AI robot.

Some features of the robot will be two different modes for a more customizable tour, a motorized head and arm for advanced interactions, several audio and video interfaces including a touch screen, artificial intelligence capabilities, and an automated drive system. These are just a few features of the robot, but many more will be shown when it is fully unveiled during the spring of 2021. The machine will be able to give tours to prospective students, play games with current students, teach the history of the College of Engineering, and keep students informed about upcoming events. Alan LaBelle, one of the students working on the project, has said that this build is of great importance and pride to him. He said:

“C3D2 has given me the ability to test my design and theoretical knowledge of multiple aspects of my major (mechanical engineering) and apply this knowledge to create an impactful product that can showcase the exceptional professors here at ONU. Also, I would like to highlight my teammates as well; with having such a diverse, unique, and extremely talented group, I have no doubt that this will be an exceptional final product.”

Todd Federici, a member of C3D2