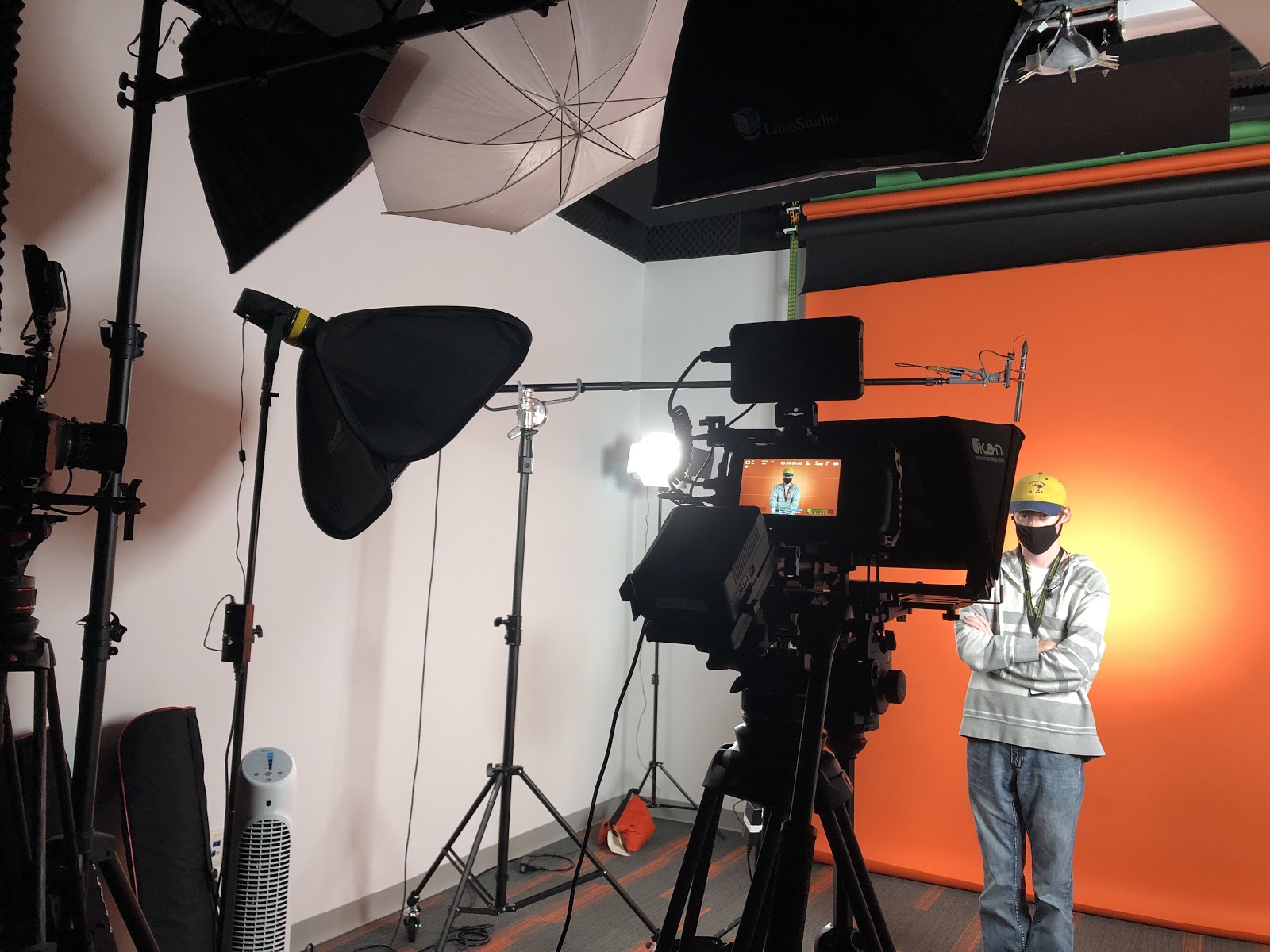 ONU’s Film Club is a brand new club that started this fall 2020. In its studio, there are two main cameras, several lights, a microphone, and other equipment that are used during filming, and of course, the editing room. So, this club has everything that is necessary to film and edit. The main purpose of this club is for students and faculties, who are interested in filming and editing, to learn how to film and edit. It gives those of them a great hands-on opportunity.

When asked what the Film Club is, the president of the club Alexandra Oliverio said, “Film Club is about learning the ins and outs of filming. That is the angles of the cameras, the ideal volume of a person’s microphone, how to work a high-quality video camera, and even how to edit all that footage together for a clean professional-looking video,”

There are different ways to learn such as YouTube. It has many “How To” videos in various areas, so people today learn most things from it. The point, however, is that learning virtually is not beneficial for people who do not have their own camera or other equipment even though it is much more convenient to learn than going to school. Film Club is a place that makes it possible which “How To” videos cannot accomplish.

This club was made out of the vision of Greg Mooney, the Multimedia Specialist under the Education Technology team (EdTech). He was hired right before the COVID-19 hit. ONU itself has to produce around 500 videos for a semester. Making that amount of videos by himself is obviously a lot of work. So he decided to startup the Film Club, and hire, first, trained students to help and support him for producing videos. Then, let them teach other students and also faculties how to film and edit. EdTech by itself already produced about 200 videos for this fall semester.

Most of the videos that they have done were for sports teams such as football, wrestling, women basketball, etc. Film Club sounds like creating documentaries or movies however due to the pandemic and also the club has just started this semester, they are not able to create those types of videos as Film Club yet, but in the near future. This semester, they help promote other ONU organizations. One of their work for Delta Zeta Recruitment is on its YouTube channel for example.

They are planning to make a lot of fun videos that display student life with ResLife in the coming spring semester. “We are hoping to produce short videos that students can watch and laugh along with much like the content that they find on YouTube. I personally am very excited as this will be a super fun project,” explained Oliverio. Also, Mooney said that he wants to produce some documentaries too. By making this project possible, he is planning to divide into a group of 5 and rotate each group to work on each episode, not only learn how to use the camera but how to actually make videos.

“The Film Club is a place where students come and experience, and learn about the basics of filming. I think it gives students a good basis of how to communicate which is important when they go to the job market.” – Greg Mooney

Not only getting skills of filming, but students and also faculty members can possibly earn communication skills too. Especially for students today, filming and editing skills are needed in the majority of companies to make a short promotional video or some sort. This club was made to train students and faculty and get more engagement in filming and editing, but more importantly, this is an opportunity to earn one of the big useful skills for students’ future.