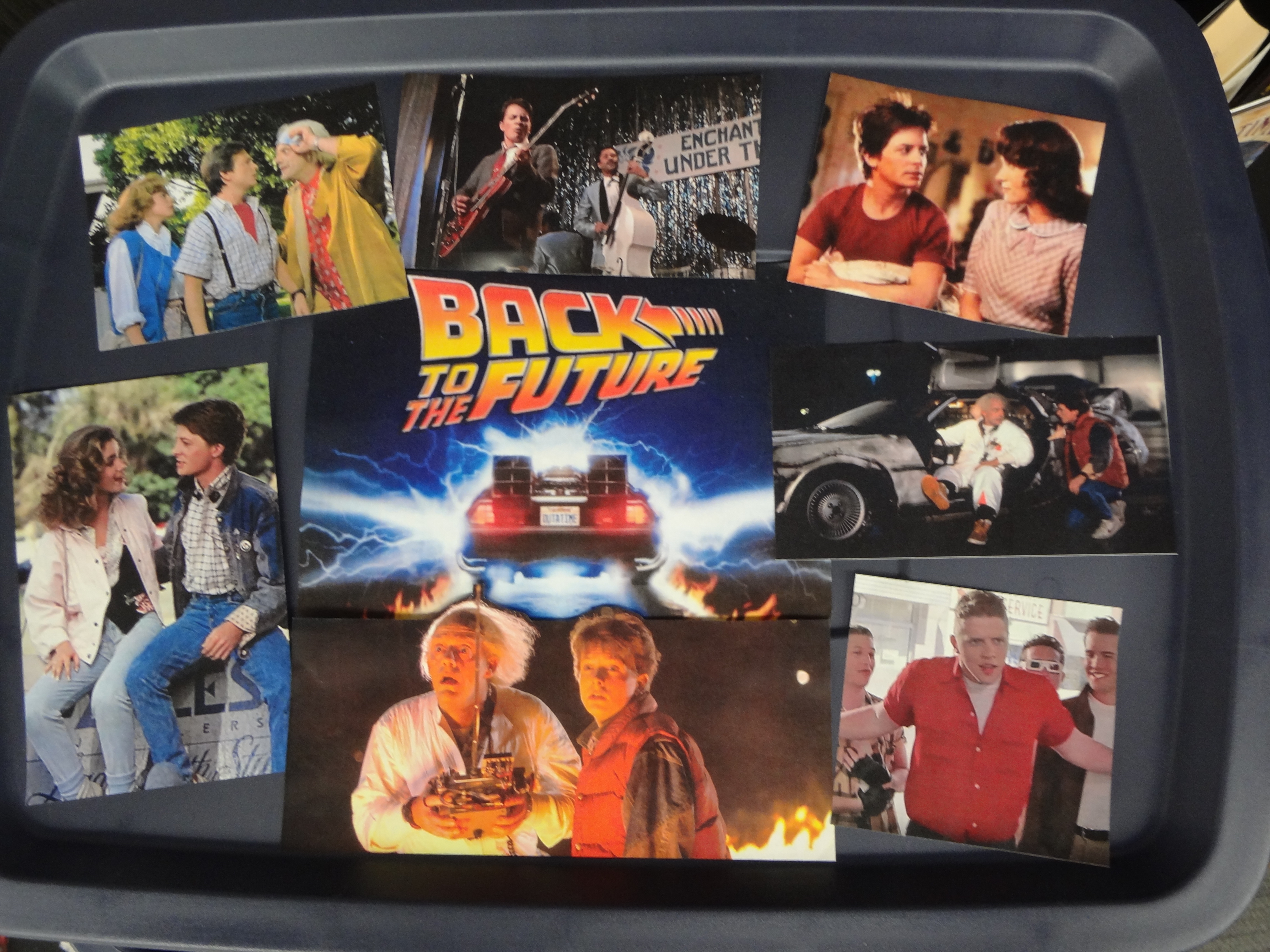 Time capsules are a fascinating way to share information about what life was like in the past from a direct source. Many are locked up for dozens of years with the intent to keep the capsule uncompromised until officially opened. Heterick decided to create a time capsule on Wednesday, October 21, 2020 during what was called the Back to the Future event.

The event was named after a fairly famous trilogy of movies. This series was about a mad scientist (Doctor Emmet “Doc” Brown), his teenage best friend (Marty McFly), and a Delorean turned into a time machine. The time capsule was decorated with images from the movie and surrounded by media about time travel. In addition to leaving physical objects, the capsule has an interesting digital component: digital statements that will be returned to the writers once the capsule has been ‘opened’.

Exactly one year from now: October 2021, the box will be opened to reveal what students left behind during this monumental time. For both freshmen and transfers, this can act as living history for how the university responded to the virus, and for everyone else, a reminder of the trials that have affected all facets of campus life. With luck, campus will be back to normal, and the statements will be a world away.

For Johnny Davis, who’s currently in his third year, the future is uncertain. “I hope people take COVID more seriously,” he said, “but I don’t know that they will. If we do end up having in-person classes, I expect that they’ll be more strictly regulated than this semester.”

This sentiment has been largely agreed upon by many students, because as undeniably important it is to wear masks at the moment, that fact is not always enough to make the general public comply. Winter will be the real test of the population’s mental strength since it accompanies a time where people stay inside and in close proximity to one another; respiratory illnesses have a sharp increase in transmission during this period.

If we want to get back to whatever our new normal is, everyone needs to take the virus more seriously this upcoming winter, spring and potentially summer. Only then will we have a possibility to see a better situation on campus.