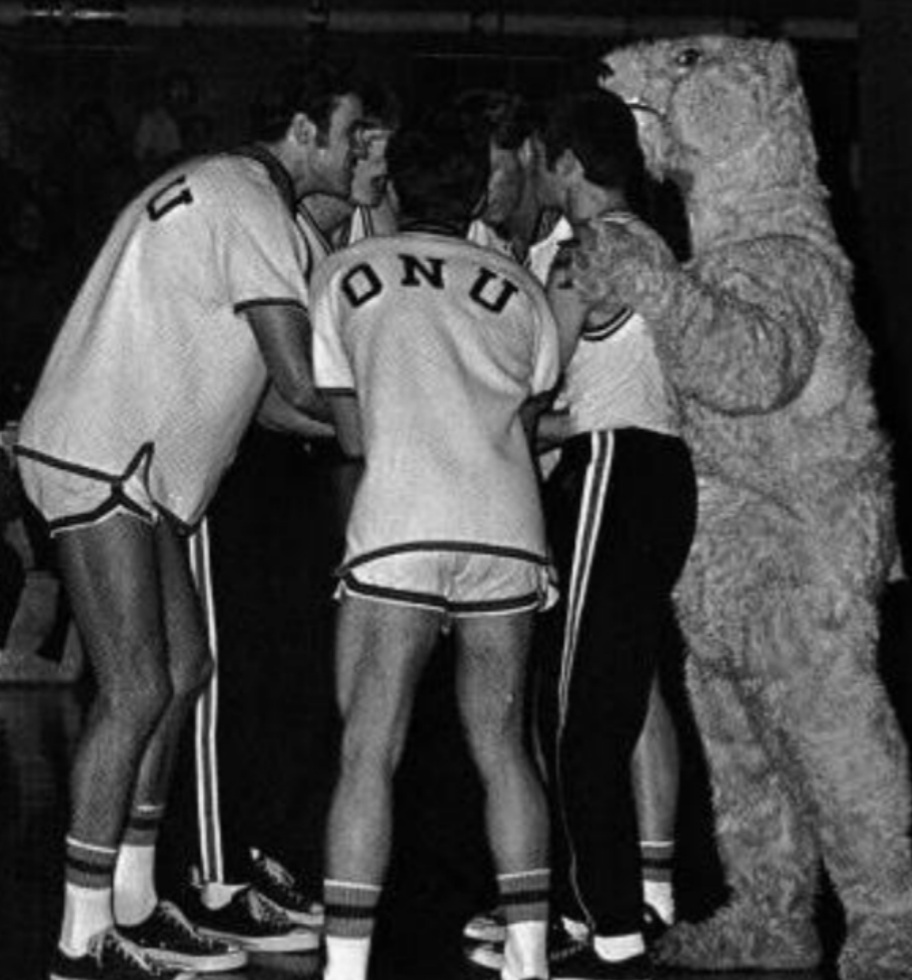 There is an old wives’ tale floating amongst the Ohio Northern University campus that before ONU was represented by our Polar Bear, the mascot was a goat. Upon further investigation and an interview with Ohio Northern’s Archivist Matt Francis, this legend appears to be false. Francis’ first statement on the alleged mascot transition proves to put the allegation to rest, by saying,

“For the transition from the goat-to-polar bear mascot, my initial examination of sources leads me to believe that might be an apocryphal story (though I could be wrong). While I have found many “modern” mentions (dating back to at least the early 1990s) of the university having a goat mascot prior to the polar bear, I have so far found a lack of contemporary records mentioning this. In the 1910s (so just prior to the adoption of the polar bear mascot in 1923), there was a lot of discussion of ONU kidnapping the Mt. Union goat mascot as a part of their athletics rivalry, and seemingly indicating that the goat would stay on ONU grounds for an extended period of time. Because of this, I am wondering if people remembered seeing the ONU students parading the goat at athletic contests (or later saw photographs of teams/students posing with the goat), and interpreted that as ONU having a goat mascot. Again, I could be wrong with this theory, but based on the contextual evidence I have encountered so far this is my best current hypothesis.”

It was also reported in the Ada Herald in 1983, that the Engineering school had a pet goat as a mascot and The Pharmacists once tied the goat to the railroad tracks, delaying trains until it was finally cut loose.

With the old wives’ tale turning out to be two separate wives’ tales of serious rivalries between Mount Union and ONU as well as the pharmacy and engineering colleges. With those rivalry’s somewhat put to rest (regarding the goats at least), let’s turn our heads to the history of Klondike, our beloved, furry friend.

On March 16th, 1923 Northern adopted the polar bear as the university’s mascot. According to a newspaper article from the Ada Herald, published March 23, 1923 a week following the adoption of the new mascot, it shares a bit of the story and meaning behind Klondike.

“Northern Teams Will Be Called The Polar Bears”

After having eleven different costume changes since 1923, we landed on the beloved Klondike we have today. The tradition of Klondike is that the people who have the privilege of being our school’s mascot will stay anonymous until they graduate from ONU. In a brief interview with Jordyn Barnes, a 2020 ONU Alum, she opened up regarding her favorite thing about being one of the many Klondikes.

“I loved the secrecy of it and being able to reveal myself after 3.5 years! It was so much fun sneaking around, taking pictures with friends and faculty, putting smiles on kids faces and no one knowing it was me! Being able to shine a light on people’s day as Klondike was extremely special and I will always hold him and the experience close to my heart!”

Klondike holds a special place in every Northern student’s heart. We are not the Goats, nor the Wild Cats, we are the Polar Bears.

One thought on “Our Beloved Bear – ONU History Beat #2”