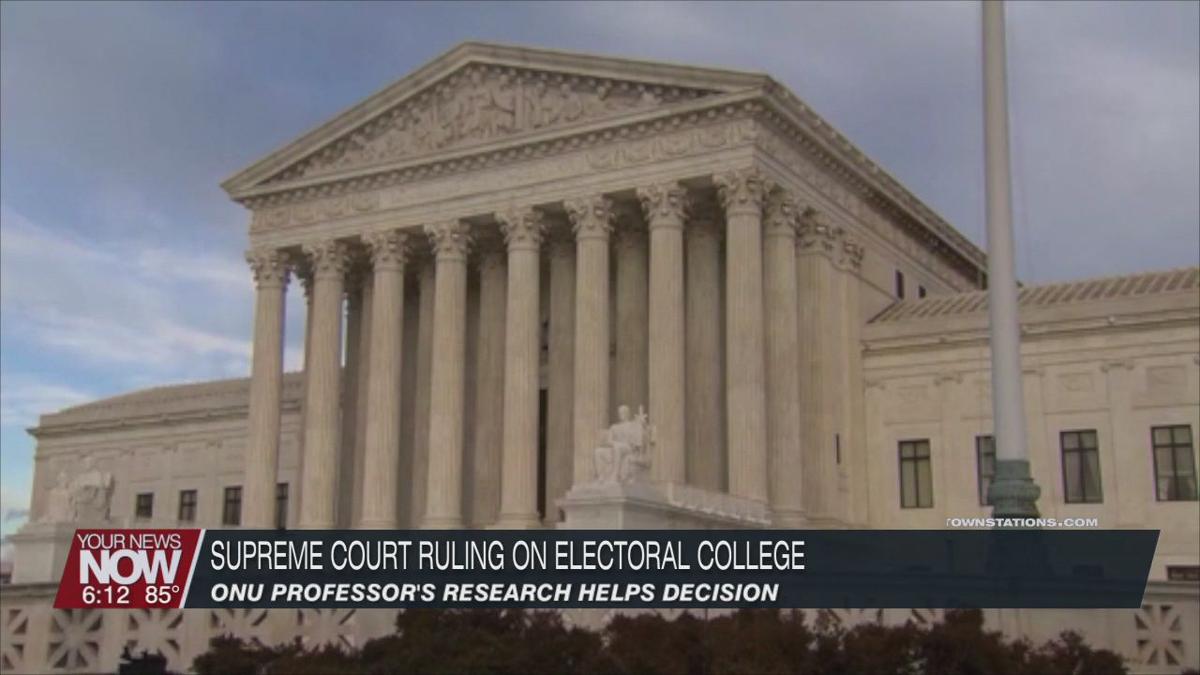 Dr. Robert Alexander is a professor of Political Science at ONU as well as an expert on the Electoral College, which is a body of electors that convene every four years to elect the president and the vice president of the United States. He has been engaging in this research for nearly sixteen years along with the help of his students. This research has made him an expert on the Electoral College and he has since appeared on many news stations as well as on a recent documentary by CNN.

Dr. Alexander’s research began back in 2004 when he began looking into the idea of “faithless electors.”

Dr. Alexander says that “Faithless electors are those electors who vote contrary to expectations.” Since these men and women do not always vote how they are expected to vote, Dr. Alexander wanted to look further into this and try to uncover their reasoning as well as the frequency of this phenomenon.

According to Dr. Alexander, the research began nearly two decades ago when Pi Sigma Alpha, the Political Science professional fraternity, received a grant to conduct a political survey. The group, that Dr. Alexander advises, decided to survey electors from the 2004 presidential election to gain information about who considered voting faithlessly. Four electors agreed to come and speak on campus after this survey, and the members of Pi Sigma Alpha made sure that these electors were taken care of while on campus.

This survey of electors has been done for every presidential election since 2004 and the datapool has been growing. This research led Dr. Alexander to publish two books on the topic of the electoral college. These works, as well as the countless hours of research he has conducted, has cemented him as an expert on the topic.

His research was found to be so important that it was used in a lawsuit following the 2016 election when some electors voted faithlessly and were punished for it. Some of these electors filed a lawsuit to dispute the punishment, and this case made its way to the United States Supreme Court. Dr. Alexander’s research was cited and he was even contacted by attorneys involved in the case.

But Dr. Alexander says that this research was not done alone. Students play a major role in this research every four years. Pi Sigma Alpha still plays a major role when it comes to surveying electors. The students help with sending out the surveys and they help Dr. Alexander review the data when the surveys are sent back in. Mara Guyton is the president of Pi Sigma Alpha and spoke on the importance of this research. She says, “This research is important because it can help us and future scholars attempt to understand the electoral process as well as the electors and their decisions.”

Mara also believes that this work is important to Pi Sigma Alpha and serves a great value for all members. She says,” This is important to PSA because we are given a unique opportunity as an honor society to get hands on experience in research.” Research experience is extremely valuable to students studying Political Science and the students of Pi Sigma Alpha are grateful for the opportunity to help.

The November election is quickly approaching and Pi Sigma Alpha and Dr. Alexander will soon get to work. These scholars are doing important work, at least according to the United States Supreme Court, and they show how students and professors at Ohio Northern truly can make a difference and have a major impact on elections and the democratic process.