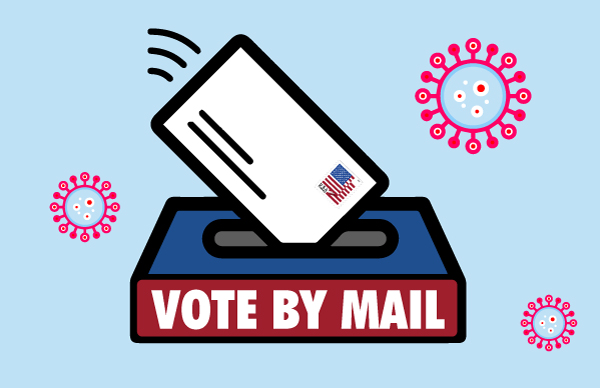 Election Day is quickly approaching, and with that come concerns of safety. This year, it is more important than ever for voters to understand their options so that they can decide what is the safest and most convenient way to vote.

There are three main ways for an Ohio resident to vote in a general election. These are absentee ballots,in-person voting, and early voting.

An absentee ballot is a form of mail-in voting where a voter requests a ballot be delivered to them by the United States Postal Service (USPS). Once they fill out the request form and mail it back, they will receive their absentee ballot in the mail. They then have until the day before the election to return it, and their county board of elections has ten days after the election to receive it for their vote to count. It is important that a voter request their absentee ballot as soon as possible and, once filled out, send it back as soon as possible.

Request an absentee ballot by filling out this form.

In-person voting is the most traditional form, where a voter physically goes to the polls and casts their ballot in one of many ways. Counties in Ohio typically have several polling places open on election day where people can cast ballots after checking in and waiting in line. In Ohio, a voter will have to show a valid form of identification such as an unexpired driver’s license or a military ID. If they cannot provide this, a voter can give the poll workers a social security number or they can cast a ballot and return with a valid form of identification within seven days.

Early voting spans the month before the election and varies greatly depending on where a voter lives. A possible advantage to voting early is that a voter can potentially miss the large crowds and long waits at polling places on November 3rd. Be sure to check availability when searching for nearby polling places.

Registered voters can check for their polling place here.

Remember, citizens must be registered to vote in Ohio. A citizen is eligible to vote if:

To register to vote, simply follow the link below and enter your information. This will ensure that you are able to vote by any of the means discussed above.

Follow the link below to check current registration status or to update any information that may have changed since the information was originally posted.

Check voter registration status here.
Voting during a pandemic is understandably strange, but luckily Ohio has several systems in place. Mail-in voting has been active in the state for many years and it appears that Governor Dewie is not concerned with tampering or the inability of the USPS to handle an influx of absentee ballots. Voters should feel confident that their vote matters, and everyone should feel comfortable participating in such a staple of democracy.