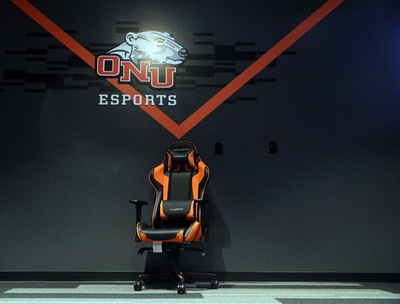 Sadly, most sports have either been canceled or postponed because of COVID-19. However, the Esports Team at ONU is still thriving. Their latest match was an invitational hosted by UCLA on August 19th, where they played three games: Valorant, Overwatch, and League of Legends. Going into the invitational the players were optimistic but also expecting a challenging match given the competition.

Nonetheless, the team put everything they had into the match and it came back in their favor. Sophomore, Jake Arno, played on the Overwatch team and a freshman, Shaun Grant, played on the Valorant team. Going into the Overwatch game they were seeded 12 out of 16 and made it to the top 6, moving up 6 places. For Valorant they were seeded 11 out of 16 and finished in the top 8. Excitingly, this advancement pushed the ONU esports team ahead of UCLA. After all the excitement, Shaun delightfully explained “The results were eye opening.” He added that not only has his time spent preparing contributed to the result, but “our team’s dedication, hard work, and persistence can really pay off to get us to come out on top”.

Their coaches, Troy Chiefari and Brandon Reyes, were mind blown by the results. They said the atmosphere in the rooms was out of this world and everyone was yelling with joy. Both coaches expressed how proud of their players they were. Coach Troy Chiefari responded with “I am very lucky to be a part of this program, and beyond grateful to have such a wonderful group of players.” He went on to add “I appreciate everything my players do and how hard they work every day. I genuinely cannot wait to see what the future holds for us as a team.”