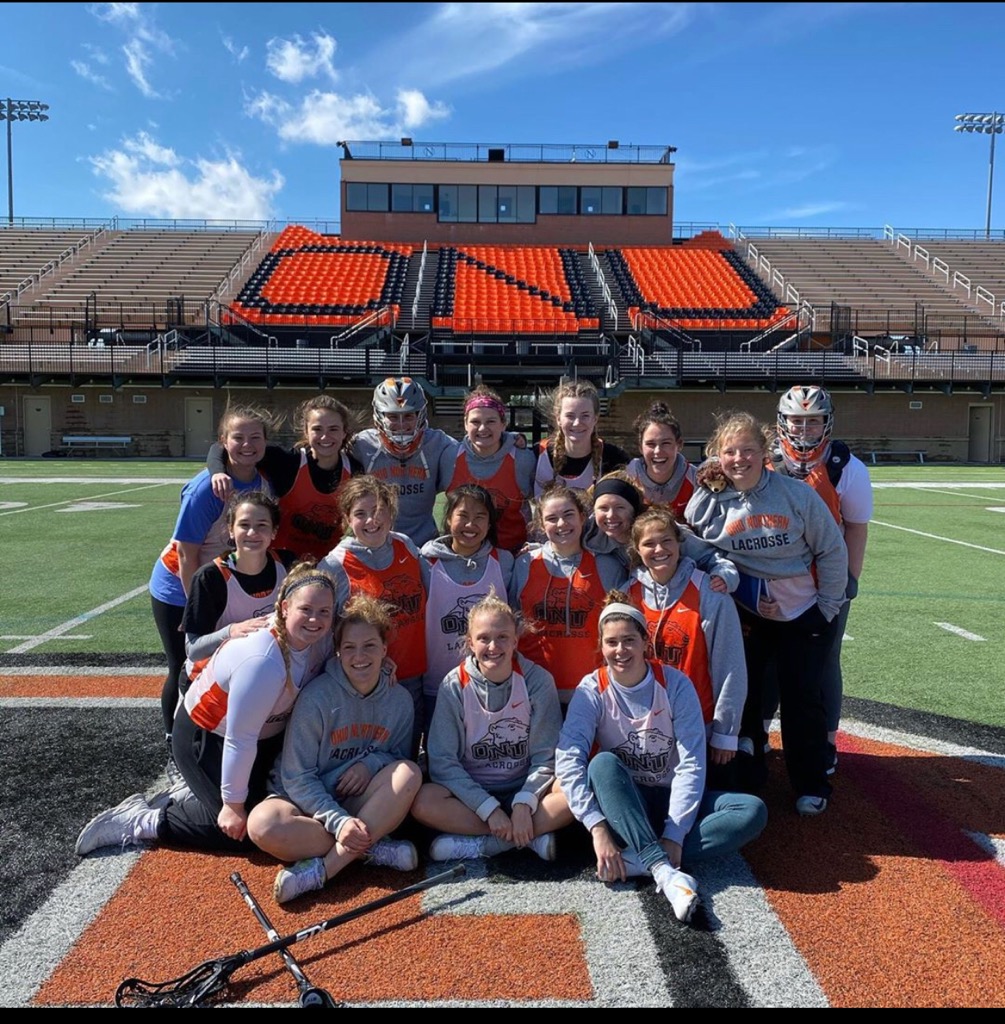 This is a trying time for athletes of all ages right now. Due to the worldwide spread of the devastating COVID-19 pandemic, sports have ceased for the time being including all HSAA, NCAA and even the Olympic games.

The Olympic games are something that brings the world together for a brief period of friendly competition. Talented, top-of-their-game athletes from all over the world have been eagerly anticipating and gearing up for this summer’s 2020 Summer Olympic games in Tokyo, Japan. Since the first modern Olympic games began in 1896, the games have only been canceled or postponed twice for world war I and II—until COVID-19. This devastating news has brought athletes all over the world great sadness.

Kate Courtney, professional MTB racer for Team USA wrote on social media, “Our time will come. These dreams are not canceled, they are just on hold for a moment. Hope and heartbreak can live side-by-side.”

While the postponement of the Olympics and the cancellation of all professional sports, including March Madness is taking the sport spotlight currently, there are so many other athletes being affected by the same. Prior to the news of the USA being declared as a state of emergency, the NCAA took all the precautionary measures they could to prevent having to cancel all spring sport seasons. NCAA stated that all sporting events will be played without spectators in an announcement March 11. The following day, the NCAA issued all tournaments and seasons to be canceled. Athletes of all ages and skill levels were devastated. Some athletes don’t get another opportunity to play next season. Fortunately this season will not be the last for junior Megan O’Grodnik and freshman Cole Zaferakis. O’Grodnik is a defensive player and team captain of the Ohio Northern Women’s Lacrosse team. Zaferakis is the Men Lacrosse team’s starting goalie. These athletes helped shed light on the current emotions of their team’s season being cut short.

REVIEW: “What was your initial reaction to the cancellation of your conference?”

O’GRODNIK: “My initial thoughts when I heard that the OAC conference was canceling sports I couldn’t believe it. At this point we were already told about online classes and other cancelation of events due to COVID – 19. As a team we knew it was coming that the season would be canceled and we would have to go home. We just did not think it would happen so fast. I thought that we would have one last game on Saturday and then it would be done. It wasn’t, it was done Thursday. That was it, it was over.”

ZAFERAKIS: “Devastated. When our coach came in the locker room before practice, he looked depressed, he had us take a seat and told us that this was our last practice of the season as a team and we would not continue any further with our season games. There was not a dry eye in that locker room. As a freshman, I still have three seasons to play,but this was the only season I was going to be able to play with my brother Ian, who is a senior. It was hard having something that means so much ripped out from underneath you. But I am very grateful for the six games I got to play with my brother.”

REVIEW: “How was your team playing in preseason? Was it going to be a good season?”

O’GRODNIK: “This entire team this year had major potential. Potential that we really could make a statement in the OAC conference and we didn’t even get the chance to play a conference game. We were heartbroken, all the hard work, conditioning, extra training seemed like it was all for nothing. We had just finished the pre season which is like 6 weeks of just practice and just played in a couple games, that was it. Pre season sucks – it drags, we were looking forward and then it was done. It’s been a couple weeks now and it has settled. We are now home doing online school and many states are in lock down. I still think about it everyday. Like today would be game day or game day eve or we have a big game coming up this weekend. I miss it. I miss being with the girls – we had the best team this year, energy was up we wanted to WIN.”

ZAFERAKIS: “We were 4-2 if I’m not mistaken, and the last 2 games we played were kind of an eye opener for our true potential. It may seem like every team is saying this but honestly we would have done really well this season. Last year, the team lost in the OAC Championship game, so there was a bit of an extra drive to win it this season.”

REVIEW: “What is your team doing, despite the current situation?”

O’GRODNIK: “As of now, we are all just looking forward to next season. We trained for an entire year from last season to this one and then it was canceled. Now we just have to keep training. It feels so unfair but everyone is going through it. I know myself and the training right now is so hard. I don’t want to go running or play wall ball because I know I should be playing in a game. Everyday I do the training because I want next season to be the best yet. More winning games, more energy, more commitment, just more time with this amazing team that we have.”

ZAFERAKIS: “Our coach is doing a great job of keeping the team together, through this social distancing. We have weekly video meetings to help keep us informed and check in on each other. Our coach is also sending us weekly workouts to stay in shape for next season.”

These trying times bring to mind a quote that Nelson Mandela once said: “Sport has the power to change the world; it has the power to inspire. It has the power to unite people in a way that little else does. It speaks to youth in a language they understand. Sport can create hope where once there was only despair.”