Exploring Sexuality with the Rubi Affair 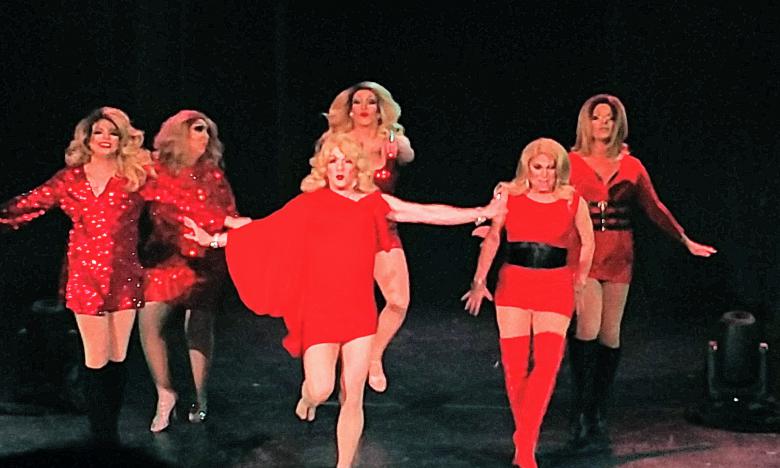 Rubi Affair is a medium for a huge community to support and explore itself while showcasing to a broader public by means of comedy and self-confidence. This community is the LGBTQ+ community, which grows every day as it becomes more and more accepted. Rubi Affair is a drag show hosted annually by Open Doors, featuring the Rubi Girls of Dayton, Ohio, along with student performers on Saturday, February 15th.

The goals of Rubi Affair are to spread awareness of the LGBTQ+ communities and to also raise money for HIV and AIDS research at Equitas Health in Lima, Ohio. This is done by the in-show competition. Student performers dance to popular music throughout the show in drag while the audience donates money to vote for their favorites. On top of the audience vote, judges also choose a winner. The show has even become so popular that it has moved into the main theatre of Freed Center for the Performing Arts, moving out of the smaller McIntosh Center Ballroom.

This year’s student performers went by the names of Karla Marxxx, Gooey Lewis, and Sage Love. Karla Marxxx performed a political satire with the visage of Marxism, Gooey Lewis presented an American geographic exploration with a saxophone solo, and Sage Love did a more traditional drag performance with on stage costume changes and some risqué choreography. This year’s winners were Karla Marxxx being the crowd favorite and Sage love taking home the Judges Prize.

Joshua Svihovec, a history student at ONU agreed with the judge’s decisions.

“I liked the third performer’s [ Sage Love’s] dance moves best and thought the performance was overall best of the three, but the other two were still pretty good, too,” he said.

The Rubi Girls and their host JackieO do most of the dances and bits throughout the night. They travel from Dayton all over the Midwest to do shows to educate and raise money for HIV and AIDS research. They also work towards increasing public understanding of the LGBTQ+ community in some of the lesser accepting communities.

Rubi Affair is meant for people to come together and appreciate the culture that has formed around this community.