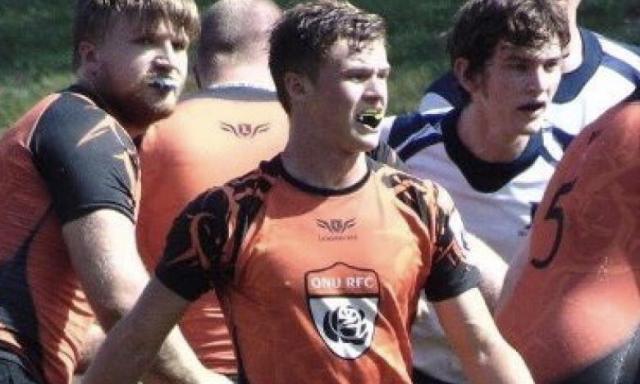 When senior marketing major Nolan Yahrmarkt first came to ONU, he had never thought about playing rugby. In fact, he didn’t even know it existed.

Yahrmarkt was looking for a campus activity when some of his fraternity brothers invited him to play.

“I needed something else besides just fraternity and studying,” he said, “so I went to a couple of practices.”

Yahrmarkt said it was difficult to comprehend all of the rules at first, but by the time of the first match, he knew that he was staying.

He spoke of his favorite moment in these past four years on campus. It was nice weather when the Black Rose Rugby Team thrashed the competition.

“We’ve had a lot of matches where it was raining,” he said. “It’s nice to play when it’s sunny and you’re actually sweating for once.”

As if emboldened by the weather, at least seven people scored tries.

“It was kind of cool that just about everyone on the team got involved that day,” he said.

In addition, Yahrmarkt himself scored three times that day.

With only a couple of months left in this school year, time is running out for Yahrmarkt’s involvement with the team, but he’s not worried. There are community-led teams that he can join when he graduates.

Regardless of the future, Yahrmarkt will never forget the memories he made on that field.

Family, Then Everything Else: Coach Nat St Laurent