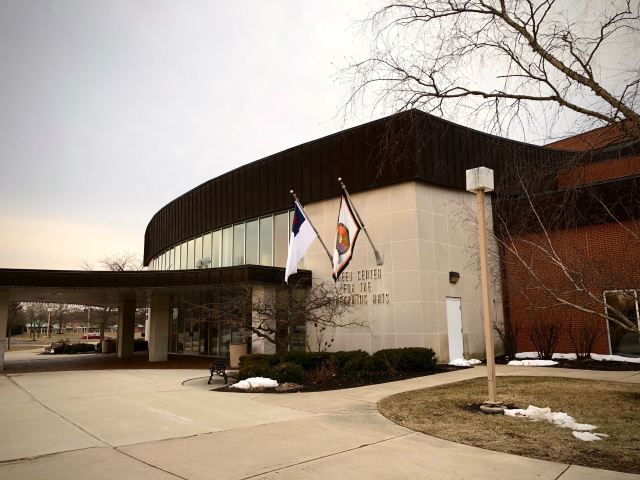 STAFF EDITORIAL—Ohio Northern University experienced an incredible loss Feb. 8 after the passing of President Emeritus Dr. DeBow Freed, who served as the ninth president of Ohio Northern University from 1979 to 1999. Freed’s decades-long career in higher education is marked by his unwavering dedication to civic engagement and fighting for an affordable, top-quality education. Those who were privileged enough to know him can attest to his generosity and passion for both the arts and sciences.

It is unfortunate that such circumstances force the ONU community to merely reflect on his accomplishments and recognize the effect his leadership had on the defining characteristics of an ONU education. With Freed’s death, there comes the realization that he will no longer be able to advocate for the continuation of his vision for ONU.

Freed dedicated his time not only to ONU but also to our nation. After serving in Japan, Germany, Iran, Korea, and Vietnam for seven years, he went on to become chief of the nuclear branch of the Defense Atomic Support Agency. He briefed the military, congress, and other visiting groups on atomic and nuclear matters during the Cold War. Following this, he was assigned to work at his alma mater, the United States Military Academy (West Point), where he modernized the physics program and created an academic major in Nuclear Engineering.

After retiring from the military, Freed saw his influence at higher education elsewhere, serving in various capacities at Mount Union College, Monmouth College, Ohio Northern University, and finally ending at the University of Findlay. Each of these colleges thrived under his leadership as he encouraged the sciences and placed unmatched importance on the humanities. He continued to hold office hours at ONU and the University of Findlay leading up to his passing. In 1987, Freed was a model for West Point’s fifth purpose of a cadet, “to aspire to a lifetime of service to his nation,” which he held as a standard for himself and others during his lifetime.

During his term as president of ONU, Freed supervised expansions to the Taggart Law Library, Presser Hall, Dukes Memorial, Wilson Art Building, Biggs Engineering, Heterick Memorial Library, and Meyer Hall of Science, as well as the construction of the Freed Center for Performing Arts in his name, the Green Monster running path, and the King Horn Field Center. The Toledo Blade reported that—at the time of the former president’s retirement—enrollment was about 3,000 students; the endowment exceeded $100 million; 15 majors had been added; and new facilities were added including the performing arts, sports, and nature centers. This remarkable growth played a huge role in creating what ONU is today.

Every individual affiliated with ONU now has a responsibility to uphold Freed’s legacy and to build upon this foundation to promote the welfare of present and future generations of polar bears.

Freed sought to improve the standing of the humanities among STEM degrees and encourage their further development. If these concentrations are not kept in the highest regard, the University will not protect Freed’s vision, and the humanities will fall behind the STEM programs.

Students, especially those in the humanities, should remain aware of proposed changes in their respective programs such as department restructuring, budgets cuts, or faculty and staff position changes. They need to hold the University accountable. There are several avenues to gather reliable information on these matters beginning by simply asking professors or department leaders what has been discussed in faculty meetings and reading University newsletters and journals.

Being aware of occurrences on campus provides students with valuable tools to voice their opinions. Each department and major at ONU has explicit value and this should be held in high regard. Each department’s value to society should be appreciated, effectively showing that the students studying in it are training to be effective contributors to society. Second, each discipline’s value to the school should be acknowledged as imperative to the University’s legacy, history, and ultimate contribution to society. Finally, the value of the individual student should be respected. Each student is excited and dedicated to their role as ONU polar bears and future professionals in their field.

Concerns can and should be taken to administration to ensure that the University’s leadership does not neglect the values held by their students. Department heads and professors, as well as Student Senate, can serve as a starting point to find the most effective avenue, and they may have the ability to express concerns themselves.