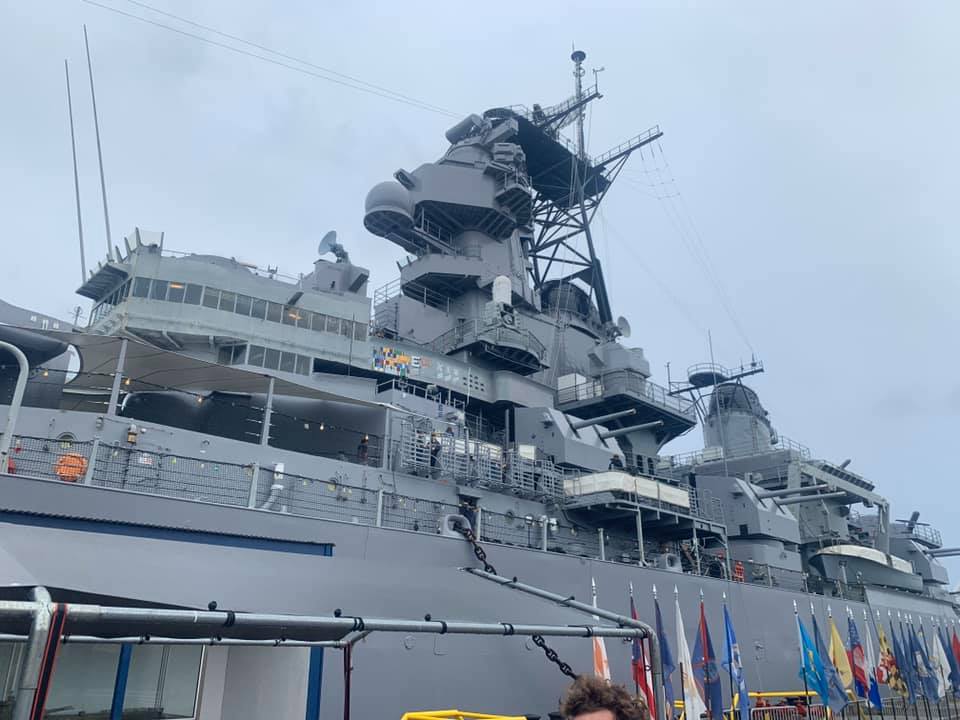 Northern Review contributor Cassie Krencisz, senior political science major, shares her experiences while studying abroad through Semester at Sea, a multi-country study abroad program on a ship open to all students of all majors that emphasizes global comparative study.

In downtown Honolulu, Hawaii, in a desecrate office building sits a small newsroom. The office has a defined open layout with standing desks, a vibrant blue color, and Aloha spirit. Civil Beat, a small newsroom that is growing, a trend that is not common for local stations. What makes Civil Beat different? Civil Beat once operated as a for-profit newsroom, but two years ago, in 2017, switched to a nonprofit style of management.

In today’s business climate, local newsrooms are not able to keep up with the large news corporations such as The New York Times, The Washington Post, and CNN. These large media outlets are taking funding away from organizations that locals often get their news from on a daily basis. In order to keep their doors open, local newsrooms are turning a nonprofit style of management.

The number of news nonprofits has skyrocketed from fewer than ten in 2004, to over 200 in 2020 according to the Columbia Journalism Review. Tech conglomerates are buying out smaller local news sources in order to help keep them afloat. Managing editor of Civil Beat Jim Simon states, “The person who owns us, is one of the biggest journalism philanthropists in the country as well, so he funds a lot of the bigger kinds of things.”

According to a Pew Research Center, only 14% of the public nationally is paying for local news. If this number does rise, many newspapers and digital publishers will be unable to report what they are doing today. Simon states, “We do a lot of marketing, not paid advertising, even on our pages, it’s a slow sort of building but we’ve been fortunately sort of successful.” He states, “I think we’re lucky in one way and there’s a lot of concern locally and nationally, more so nationally about the survival of local journalism. People never in the past who never would have thought of funding news maybe other than public radio and we’ve had to sell them on the idea that it’s a public good and public interest to have.”

One of the benefits of working for a nonprofit is that they are able to report deeply on a few key issues such as police corruption, climate change, over-tourism, mental health, and health care. “We are not accounted for to cover the news of the day… it gives us a little bit more flexibility rather than spending so much time uncovering the incremental news of the day; what’s happening right now. We can kind of take deeper dives and look at bigger issues and cover things in a broader way,” said Brittney Lyte, reporter and writer for Civil Beat.

One way that nonprofit newsrooms are able to help gather financial support from donors is by gathering support from community members. Debbie Blankenship, director of the Center of Collaborative Journalism at Mercer University states, “Communities need access to well-sourced, factual information and I think nothing shows a commitment to providing that kind of journalism better than saying we are going to do this as a service to our citizens.” Civil Beat is perceived as a mission-based organization, urging citizens to donate only if they believe in the importance of strong local journalism. Since they are a small and local Hawaiian news source, it is essential for the organization to connect with the community and the public through public events and their bright orange Civil Beat van to get direct input from the community.