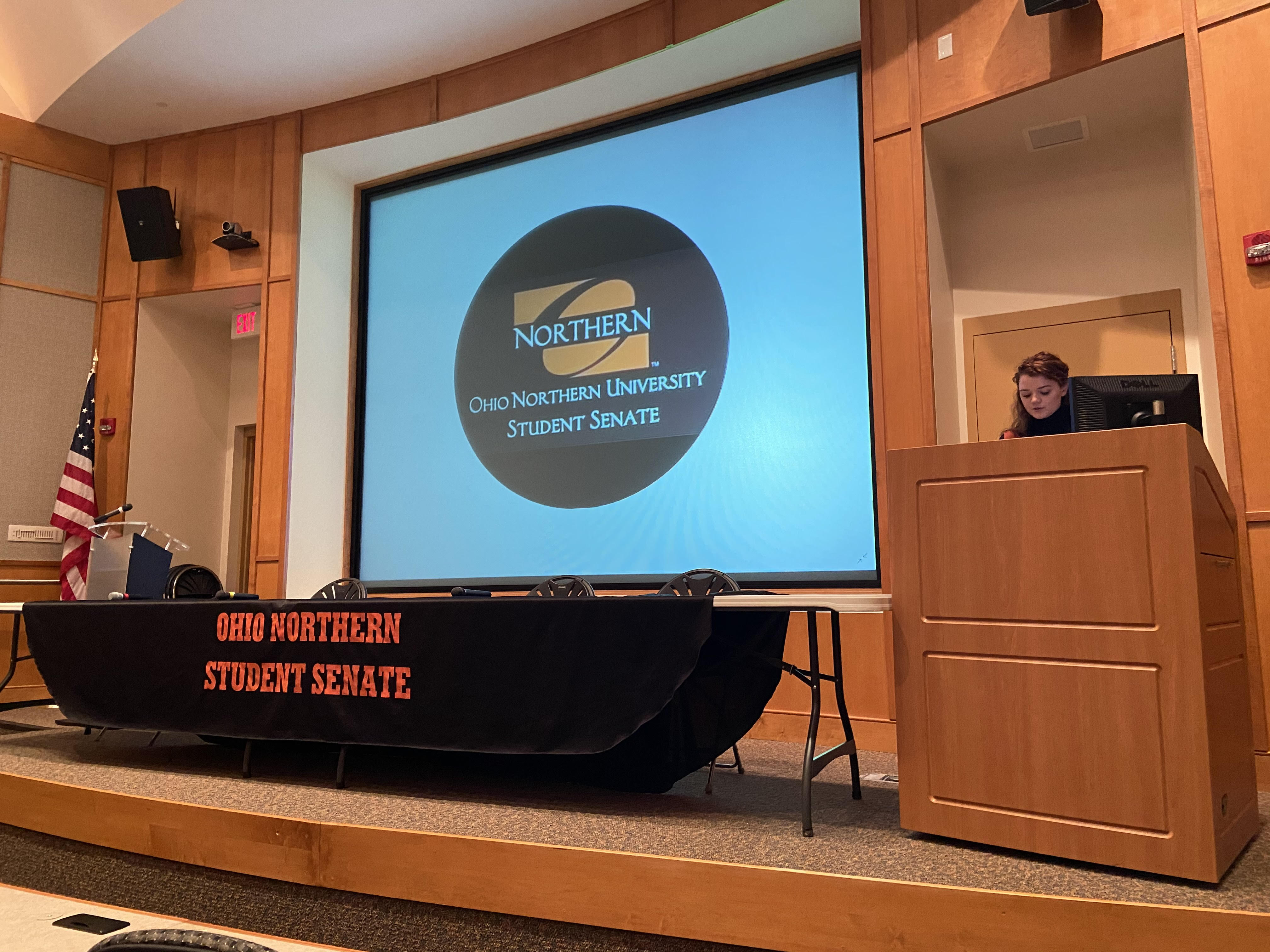 Candidate speeches lasted about a minute and thirty seconds whereas the presidential debate lasted for a substantial portion of the event. Students were encouraged to attend this debate to learn about the candidates hoping to represent them.

Junior Philosophy, Public Relations, and Communications major Adam Koncsol said he attended the debate because he “wanted to make an informed decision about voting for the leaders of the student body.” Koncsol said that the debate gave him more insight on the goals of his college representatives, and watching the debate made him more confident that his vote would reflect what he wanted in a President and Vice President.

Koncsol said, “[The debate] adds the ability for students to see politics on a smaller scale and the importance of informed voting at ONU and the real world.”

Nate Oblizajek and Emma Prusha won the election, as president and vice president, respectively, and have many goals for the upcoming year. Their first act as an administration was interviewing and selecting their cabinet, which occurred Feb. 14-16. Oblizajek and Prusha said they aimed to select a diverse cabinet in an attempt to represent the ONU community and  bring about positive change.

Oblizajek and Prusha mentioned during the debate that their primary goal is to make Senate more accessible and efficient, as well as to be a stronger voice to the administration for the student body. Other goals include supporting campus organizations’ events and Greek life, working with Dining Services to bring better options to the dining hall, and improving Wifi accessibility on campus.