My Experience in Seoul 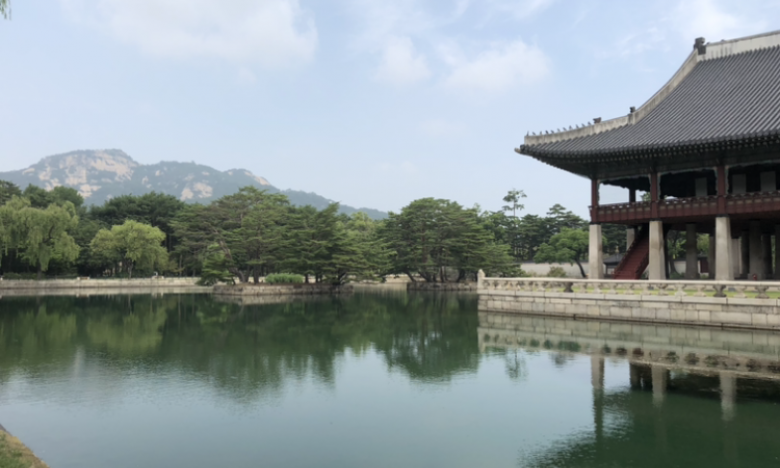 In the spring of 2019, I received the Hanyang Fellowship scholarship from Ohio Northern. That summer, I traveled to Seoul, South Korea to study abroad at Hanyang University. While there I learned so much about the Korean culture and was able to grow as a person.

First, I had to travel from Columbus to Seoul. As a person who is terrified of heights, I did not think I would make it there in one piece. After flying there on my own after a 16-hour flight, I was exhausted. This was the hardest part of the trip, arriving in a place by myself that I had never been to before where I didn’t know anyone—let alone anyone who spoke English.

Then I had to find my ride to the University. All the taxi drivers I met in Korea didn’t speak English. I had to show them the location I wanted to go on a map or the address of the University typed in Korean for me from a friend. I think the taxi drivers in Korea would all get speeding tickets if they drove like that in the United States. They drove so fast, I literally thought I was gonna die at times. Then there was the subways. I had never read a subway map in English, let alone another language. I can’t remember how many times I got lost in subway stations, staring at a map on a wall, and a kind Korean would help me figure out the right way to go. I remember waiting for each train to arrive and dancing to the cute little jingle that would play to announce that the train was going to arrive soon.

I explored Seoul with other ONU students and students from all over the world including Singapore, Australia, and the United Kingdom. It was weird hearing all different languages and accents and learning how different each place was from another. I remember several students from Singapore being very surprised when I told them that I had never used public transportation before coming to Seoul. I was surprised when they told me that in Singapore they have to apply for their own apartments five years in advance and they usually only get one if they are married. Otherwise, they live with their parents. Life is like that for them because the country is so small and very populated. That is completely foreign to me because it took my roommates and I just a few weeks to find a house to rent in a place surrounded by cornfields rather than tall skyscrapers.

Seoul is very different from the small town I am from in Ohio. The thousands of buildings were all hundreds of times taller than me. It was a lot different than the one story house I grew up in. Not to mention all the food. I tried so much food. I ate octopus, granted I will never eat it again, but I ate other foods that I now love including kimchi, Korean bbq, and new appreciation for all the different flavors of ramen besides the cheap chicken ramen at Walmart.

I recommend that all students, if given the chance, study abroad in college. I met people that I never would have met while on this trip and learned things about people that I never would have otherwise. I grew as a person, overcoming my fear of flying, learning how to use chopsticks, and being able to eat foods that I can’t even pronounce. No other time in my life will I be able to spend a month in another country. It was the best experience of my life and I wish I could do it again.

A Greek Perspective on Collin’s Law