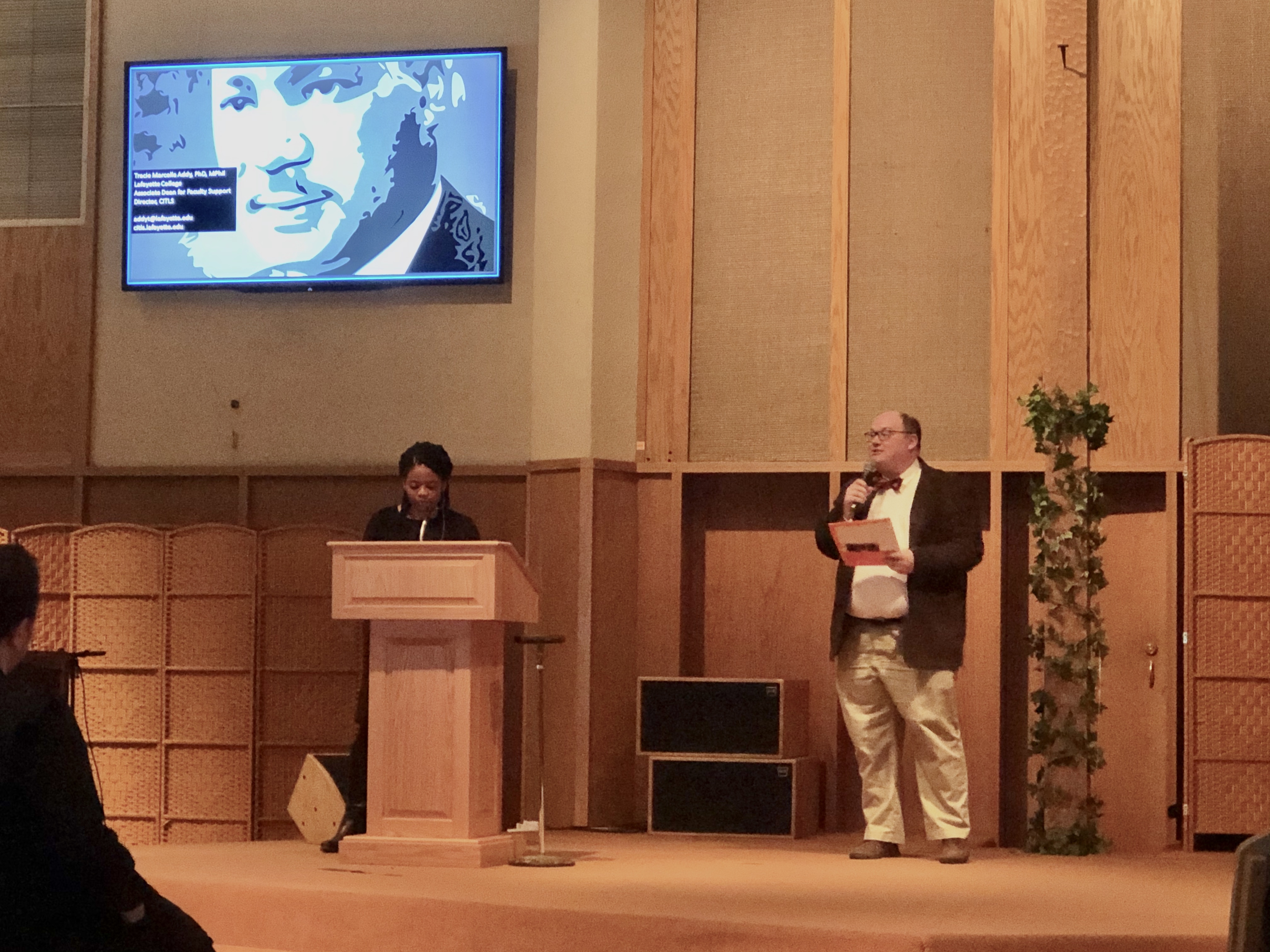 Martin Luther King Jr.’s vision for inclusion and equality is still a work in progress despite the advances that have been made over the years. Several stories were shared that showcase the racial injustice across college and university campuses in the United States today. These stories ranged from hate group marches to insensitive jokes promoting racism to the use of blackface as a Halloween costume. Dr. Tracie Addy, the Director of the Center for the Integration of Teaching, Learning and Scholarship at Lafayette College, presented a keynote speech in honor of Martin Luther King Jr. Day Jan. 23 to discuss methods of approaching injustices in higher education.

Dr. Addy used examples of discrimination at colleges and universities to put herself in place of Dr. King. She was able to present what he might say about the current situation. “I think he would be very pleased with the fact that there are increasing numbers of diverse students going to college,” Dr. Addy said, “but even with them in there, we need to have more structures and supports in place to support their success.”

One point that was emphasized in her speech was that marginalized groups aren’t the only individuals who can fight injustice within higher education. Dr. Addy combined her experience from her position at Lafayette with experiences from her youth to illustrate the need for advocates outside of these marginalized groups. Two instances were highlighted by Dr. Addy that focused on times when individuals could have intervened with minority harassment.

Dr. Addy believes that anyone can be an advocate for those who are targeted by stereotypes, regardless of role within the college community. This includes students, professors, or administrative staff. One important method to help provide support, according to Dr. Addy, is to “foster a sense of belonging” within these individuals on college campuses.

Audience members discuss methods during her speech that focused on helping those who face discrimination of different kinds at ONU. Through these open conversations with one another, ONU students and faculty are able to forward Martin Luther King Jr.’s vision to solve racial injustice.

“We need to have these talks and conversations to prepare ourselves,” Dr. Addy said. “We can talk and have a conversation more broadly about what’s happening on our campuses.”

With these discussions, students, faculty and staff, were able to brainstorm ideas to promote diversity on campus. Some individuals in the audience chose to share their thoughts with the room. One student shared the idea of providing safe spaces for minority students to come together to talk with each other as a support. A second student suggested efforts to bring an accessibility consultant on campus. A professor shared that she was adding a black literature course to her classroom to help promote mindfulness and sensitivity of others.

It was suggested that a multicultural fraternity be introduced on campus. Xavier Williams, a member of Brother 2 Brother, presented the room with an idea the organization has been considering to help promote diversity on campus.

“We had talked about how we can make campus a better place and bring more diversity into campus at the same time,” Williams said, “and the first thing we all came to agreement on was on a fraternity.”

In addition to the consideration of creating a multicultural fraternity, talks of a multicultural sorority have been made to provide more opportunities to promote more diversity at ONU.