Student Spotlight: Maddy Reed and the Passion that Never Fades 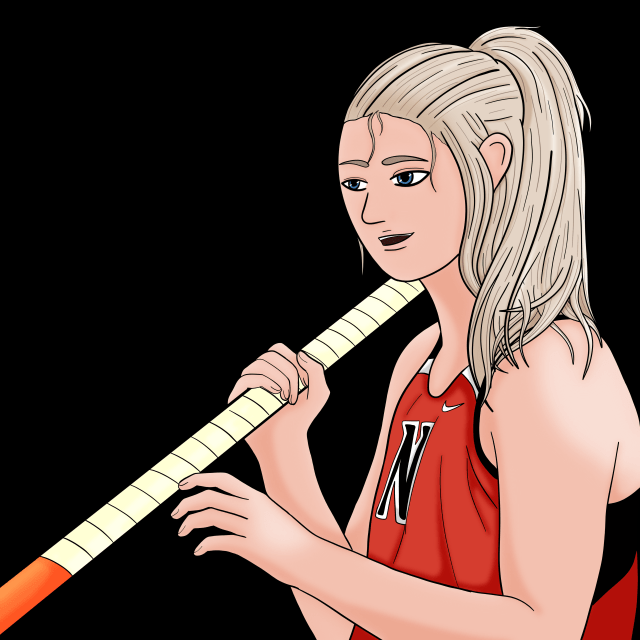 Reed began pole vaulting her freshmen year and strove to dominate the competition, but nothing could have prepared her for the catastrophic news she received sophomore year. A week before outdoor nationals, she learned that she had herniated two disks in her spinal cord, and the doctor informed her that if it got worse, she would have to stop.

Reed took injections throughout her junior year, and despite her best efforts, she placed fifth at indoor nationals. Still, she looks on that day with fondness, because she was part of the team that brought home the third-place trophy. She’s proud of what her team accomplished that day, but that personal loss lit a fire under her. She knew that she could and had to do better.

Reed said “I went in thinking, ‘I know I’m going to have MRIs done after this meet. If the results come back that I’m worse, then I’m done for the rest of my life.’”

She knew that she had two choices: to play it safe or give it her all. Despite the impending threat of further injury, she went for it.

When it came time for her event, her coach implored her to take her opening vault at 375 cm, and on the first attempt, she failed. On the second, she realized that she was going to take off on the wrong step and turned back to try again, but she failed that attempt, too. Thankfully, before her next attempt, her teammate Maggie Krause called her attention to the fact that she was starting too far back because the nines on the runway’s tape measure looked like eights. Armed with this knowledge, Reed went for her third attempt and nailed it.

In the end, it was Reed vs Kathrine Pitman of Ithaca College, the Division III record holder.

When Reed went up to her coach, she admitted that she didn’t know how much further she could go. He asked her, “Do you want to win, or do you want second place?”

When she said she wanted to win, he told her to “pass the 415.” Since Reed had passed 400 cm by several inches, she could pass to 415 cm instead of taking that vault.

Pitman was forced to attempt the 400 earlier than she had planned and failed at all three attempts. Afterwards, she admitted that she had taken off too early just like Reed had done in her opening jump. When her competition missed her attempts, Reed was struck with the knowledge that she had won.

However, in the moments that followed this information, she realized something incredible.

“My first thought went to Maggie [Krause]. Someone needed a ‘no-height’ in order for Maggie to be an All-American because she was sitting ninth when Pitman and I were jumping.”

Since Pitman achieved no-height, both Reed and Krause achieved All-American for the same event that year.

That summer, Reed got the news that she had been fearing—she had herniated another disk and worsened another. She could no longer pole vault, but she refused to let that ruin her life. While she can no longer compete, she has found a new way to stay in the game. She now coaches her teammates. She admits that sometimes it’s hard to take that step back and let her teammates go, especially when they won’t listen to her.

But overall, she said, “I love being able to coach. It might even be better than vaulting.”

At the end of the day, Reed still holds the sport deep in her heart.