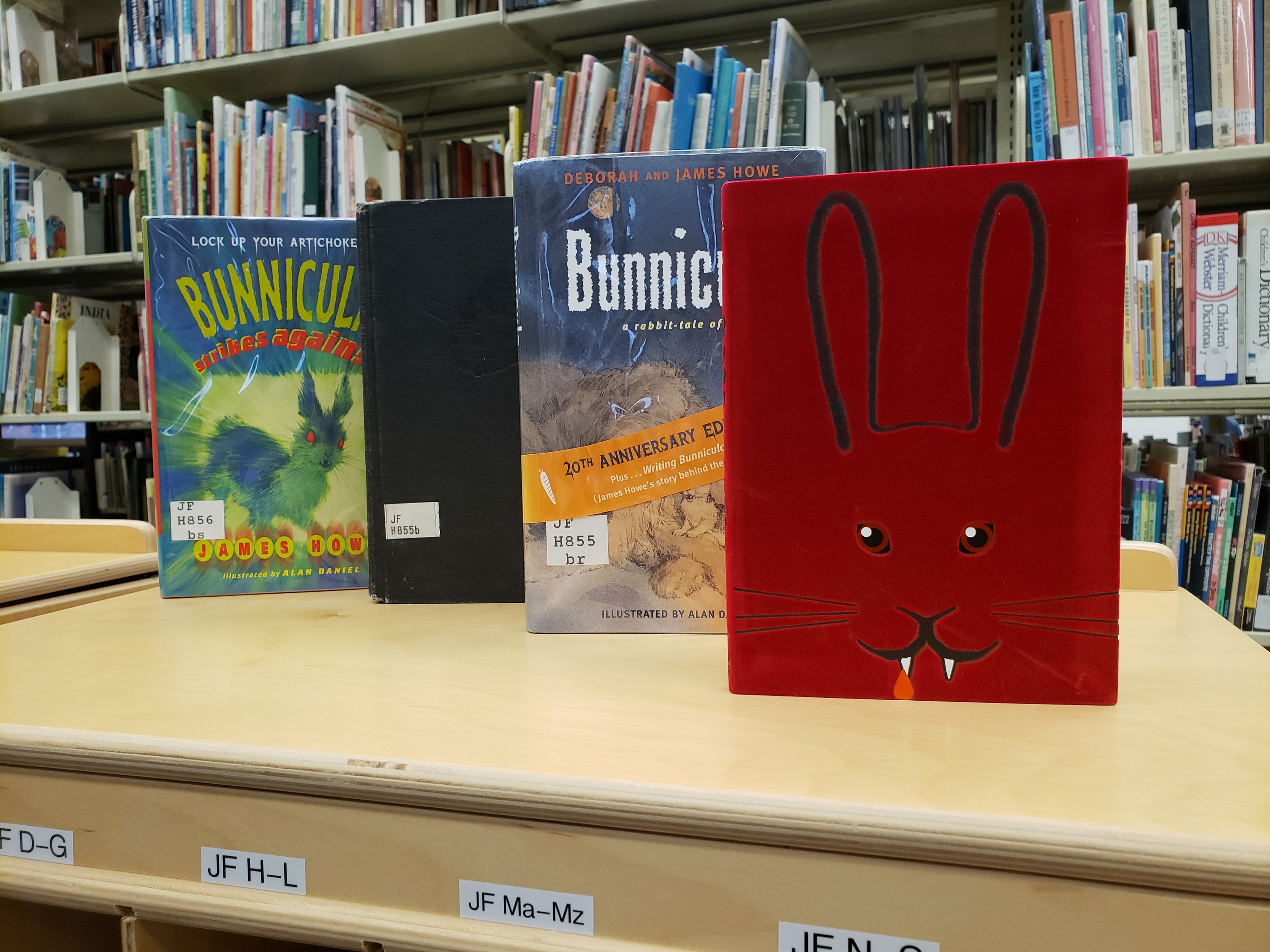 While Halloween is far away, it’s never a bad time to read Bunnicula: A Rabbit-Tale of Mystery, the first book in a series written by Deborah and James Howe. This first book was published in April 1979, a few months after the death of Deborah Howe.

On a stormy night, Toby Monroe finds an adorable bunny at the theater and brings him home. Since the theater was playing Dracula at the time, his mother names him Bunnicula. Unbeknownst to the family, Bunnicula is a vampire rabbit that dines on vegetables, leaving them ghostly white. He sleeps all day, has fangs and seems to be indestructible, but no humans seem to notice. However, their pets, Harold the dog and Chester the cat do.

The vampire bunny has since appeared in several books, a play (Bunnicula by Jon Klein), a 1982 animated TV special on ABC, and a 2016 animated series on Cartoon Network. With the 40th anniversary falling in April 2019, there has since been a velvet cover edition, but for the thrifty students on campus, the library has two copies available.

While the book may have been written for children, there’s no reason that adults can’t enjoy it too.

For an in depth review of Bunnicula: A Rabbit-Tale of Mystery, check out Maven of the Eventide’s Vampire Review.