Looking Back at the 25th “Winter Spectacular” 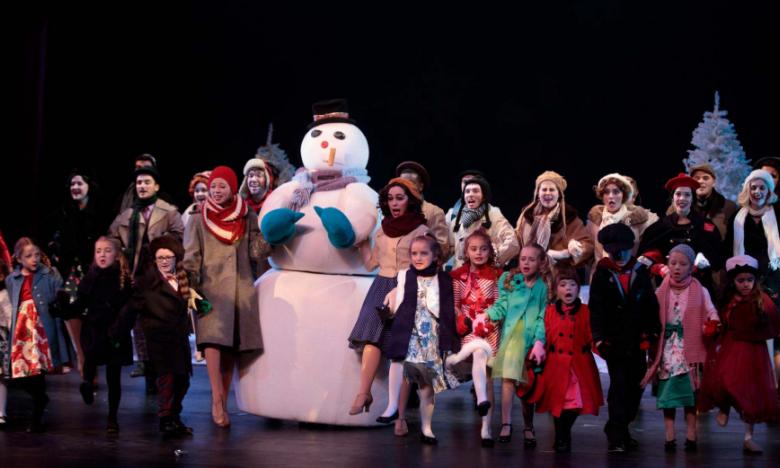 The Holiday Spectacular spreads cheer through the communities of ONU and surrounding areas through song ever since its inception in 1994. Since then has since shown for 25 years every holiday season on campus. ONU students and local teens and kids from the surrounding area come together to put on this musical extravaganza and upholds its magic throughout the years.

The Holiday Spectacular is a musical revue and celebration of the holiday season. Christmas carols are combined with dancing and gorgeous sets that allow for several holiday stories to be told. Several notable characters come on stage such as Frosty the Snowman and the big man himself, Santa Clause. The biggest drive for this shows return every year is its ability to create a magical feeling of Christmas that families have made a part of their tradition.

Karen, a mom of two children had to say after the show, “Me and my kids have been coming to this show for the past five years. We always look forward to it as a family and I can never get my daughter to stop singing the songs.” The audience is loyal to this show, and the meaning of it has grown to more than just keeping the “Holiday Spirit”. Family traditions have been built up around the Holiday Spectacular, and with every year families gather to watch it together and take the time to be with each other during the busy season of the year.

Osbun-Manley has had her hand in the production of the show since it first started and has constantly was a part of the productions throughout the year. She became the director for the show in 2007 and has kept these traditions of the holiday season alive. According to quote from Osbun-Manley on the ONU website, “we always try to add something new every year, whether it be a song or a character, we keep the general formula of the show the same. From the beginning, that formula includes familiar Christmas music, which makes people feel nostalgic and happy.”

The Holiday Spectacular is flexible and changes with the times bringing together tradition and nostalgia with newer Christmas imagery every year. Next time the Christmas season rolls around, you can guarantee this classic will come back with something new.