The New Facility makes Big Opportunities for the Tennis Teams 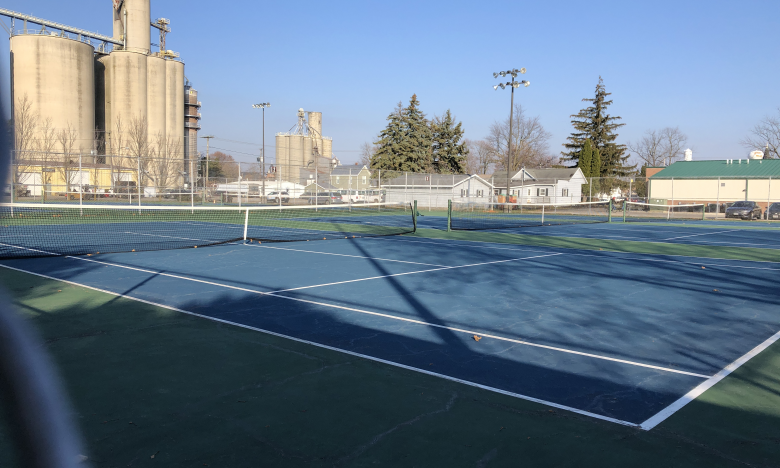 The tennis courts have been relocated to the west side of campus. While it may seem to some an unnecessary move, there was apparently more to the story than meets the eye.

Head coach for men’s tennis Mike Bonnell mentioned that the almost 60-year-old courts had two main issues. One could be the “surface” problem. Then another one would be the “water” problem. The tennis courts have a really bumpy surface and they absorb water well, after the rain, leading to puddles and a slippery surface. The main purpose of building new tennis courts is not just because of those problems, but the engineering building. They want to expand to create more parking lots, so they talked to both women’s and men’s tennis coaches and all others involved to see if relocating was a possibility.

“There are lots of possibilities and advantages to the new tennis courts being added,” Bonnell said.

He is entertaining the idea of hosting larger events such as high school sectionals, the USTA tournament, pickleball, and also thinking to make the tennis club. Building new courts broaden his horizons. He is really excited to make those events come true in the near future.

“We would have the nicest facility in the conference, so that helps bring in recruits, and if we can add more courts in the future, that would be a more open appeal,” he said.

Also, if there will be twelve courts added in total in the future, tennis teams do not have to share the courts or coordinate practice time anymore. They could hold matches side by side, men’s or women’s.

The fence is similar to the old one, but there are no buildings around the new courts to block the wind. Although several tennis players have expressed concerns, Bonnell assured them that it could be a great opportunity for all players. They could learn how to play in the wind better than the opponents.