“Cow-Pie” Bingo with the PMDs 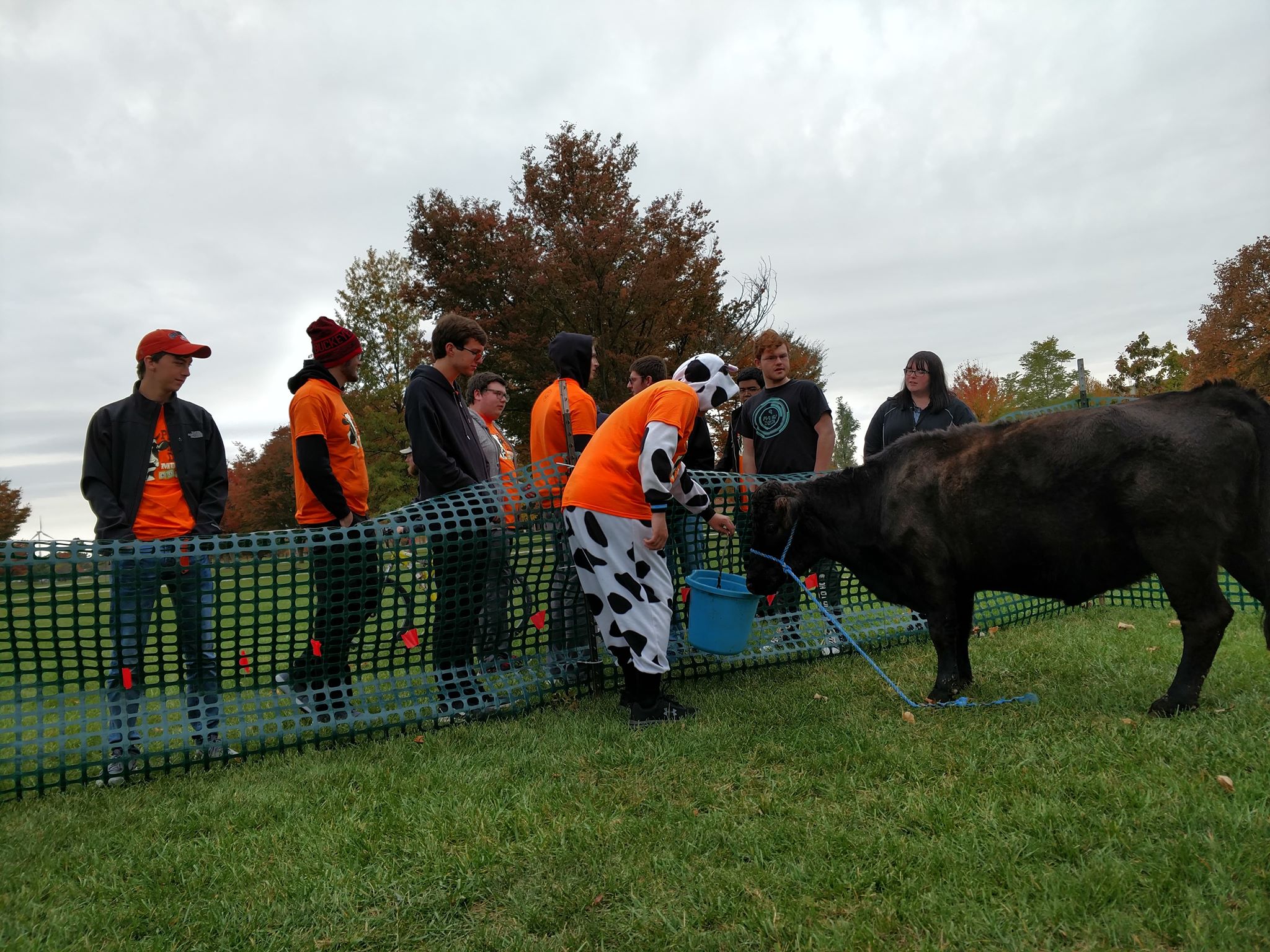 Phi Mu Delta brought a cow onto campus for people to bet on its “mud pies” for cancer. The event was hosted on Oct. 25 and was able to raise a total of $2,817.50 to be sent to Saint Jude. The winner of the bingo pool is Edward Svihovec, the father of the philanthropy chair of Phi Mu Delta Joshua Svihovec.

Phi Mudder Bingo is a philanthropy event where a patch of grass is designated for a cow walk around in. The land is divided into a grid of squares and the contestants buy those squares, most of the money goes to Saint Jude, but a small proportion is set aside to be the prize pool. Whenever the cow relieves itself during that time period, the winner is whoever’s squares the “cow-patty” lands majority on. This year the cow had decided on two different squares. The first one was not an owned square so extra money was sent to Saint Jude from the prize pool. The second landed on the square owned by Edward Svihovec.

Saint Jude Children’s Hospital is a non-profit medical facility that dedicates their time to research and treatment of children’s catastrophic diseases; most of these diseases take the form of childhood cancer. Saint Jude is the national philanthropy of Phi Mu Delta and most of the money they raise throughout the year goes to their research.

The planner of this event, Joshua Svihovec, is a third-year history major and the philanthropy chair of Phi Mudder Delta.  “In the end we raised a lot of money for a good cause and we did a lot of good philanthropy. I am very proud of the all the people that donated to this event, without them this event would not be possible,” Svihovec said. The fraternity is very proud with the amount raised this year.

Phi Mudder Bingo and several other Greek philanthropy events go on throughout the year, all of them for great causes. The Greek community on campus has a deep pride for the money they raise for their philanthropies. Always watch for these events and give to whenever possible.