“Jungle Jack” Brings a Taste of the Zoo to ONU 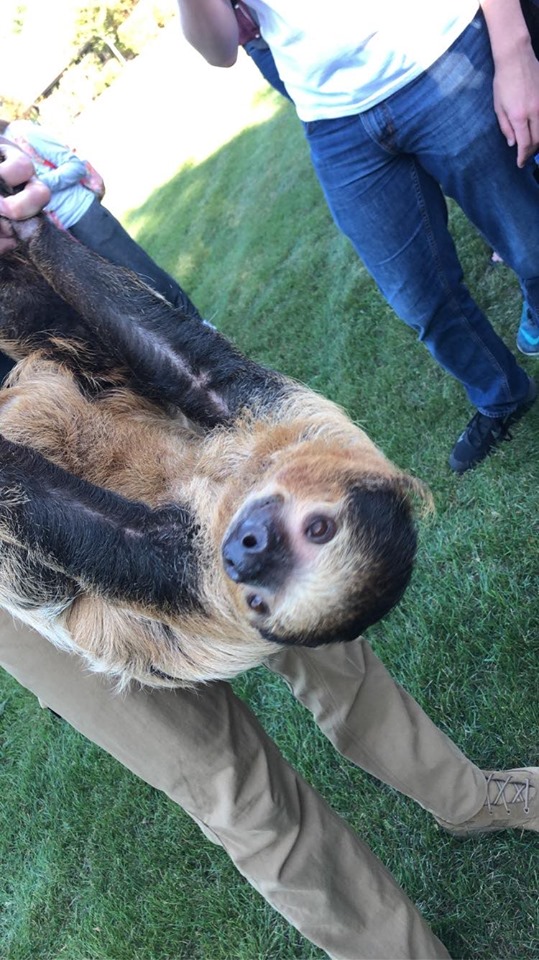 Jack Hanna, better known as “Jungle Jack,” came to ONU to share his passion for animals and to spread his message of protecting and conserving the wild world. He brought several of the animals he loves to campus on Oct. 5 for Homecoming Weekend festivities.

A black-footed African penguin, short clawed river otter, and a two toed sloth opened the show. More animals that he showed includes the fennec fox and the sand cat, two of the rarest species to see in the wild because they live in the middle of the deserts of Africa. But the last animal he brought out had to be the one with the biggest reaction—a full-grown cheetah that laid across the entire table that, only a few moments ago, two sand cats could not have even walked across.

Hanna talked about the conservation efforts being made in the world for them. He shared his dream that all the animals, whether in the wild or in captivity, will be able to fully recover no matter how close they were to extinction.

Between the different groups of animals shown, videos from Hanna’s many television excursions appeared on the projector. The videos included a clip of the conservationist coming across a baby bear and her mom still hibernating; as well as the Great Migration that takes place in Africa at random, undeterminable times. As the videos were playing, Jack talked about the behind-the-scene happenings and how blessed he is to experience all these things.

At the end of his show, he had a blooper reel play to show how working with animals never works out the exact way one would expect. These clips included a camel eating his hair and a goat relieving itself on a night show.

Jack Hanna’s show was a delight to see and the audience would agree.

Rhys Lang, a third-year mechanical engineering major said, “I found the show very entertaining and I ended up learning a lot about the different animals they brought. It was great to see them all on stage right here in Ada.”