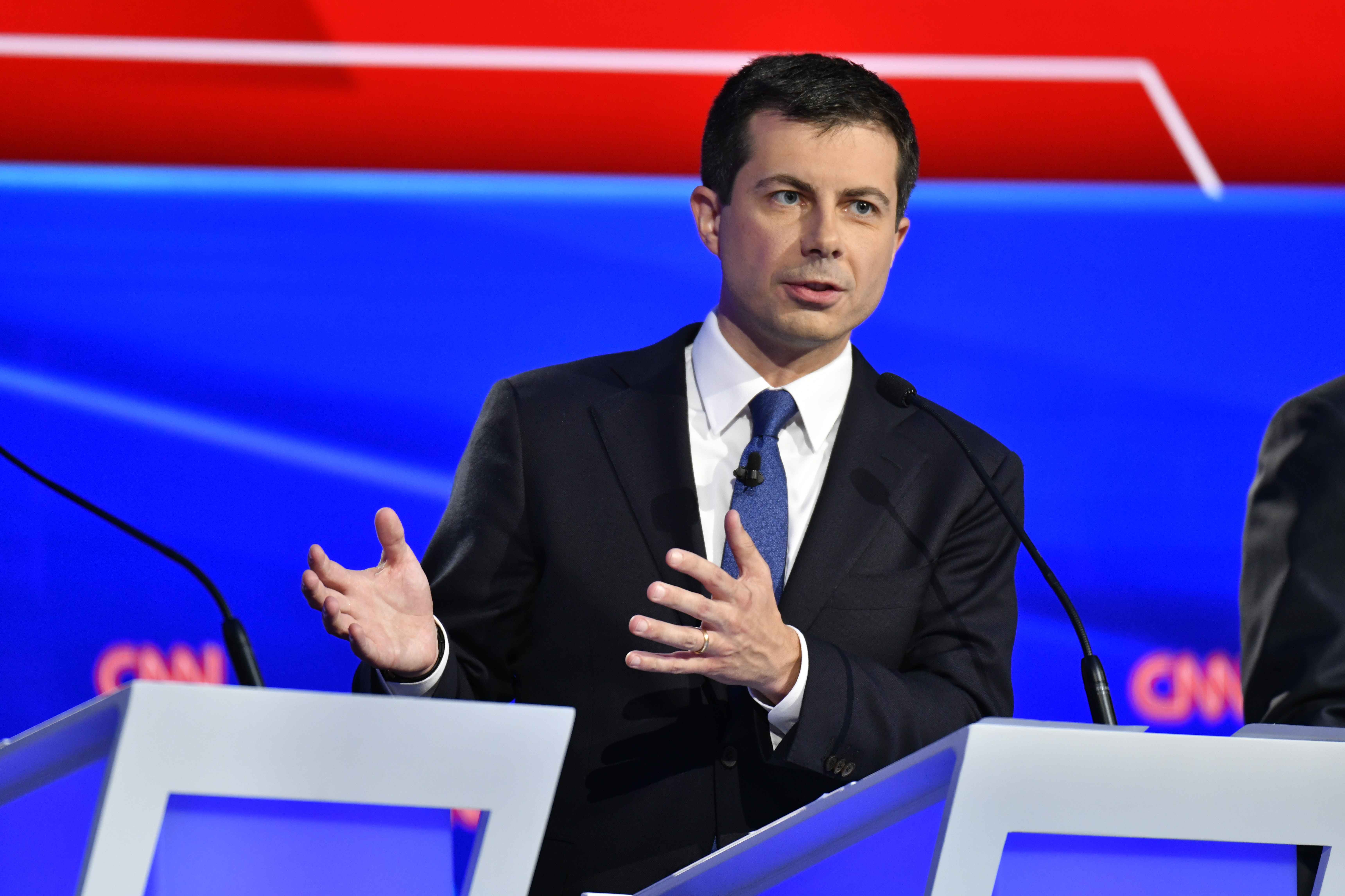 South Bend Mayor and Presidential hopeful Pete Buttigieg took the debate stage Nov. 15 with passion and fire. Buttigieg has been cited a winner of the CNN and the New York Times sponsored debate, in Westerville, Ohio.

According to Nate Silver for FiveThirtyEight, Buttigieg was polling at 5.1% prior to taking the stage at Otterbein University, putting him in fourth place out of the twelve candidates. After Tuesday’s performance, Buttigieg is ranked third in Iowa behind Biden and Warren, an important state in determining the democratic nominee.

Buttigieg controlled the debate stage with his combative personality — very different to his normal demeanor. Watching the previous debates, many have come to know Mayor Pete as the quiet candidate with his limited speaking time and focus on his policies. However, Buttigieg had quick and combative rebuttals to Warren, Gabbard, and O’Rourke.

Buttigieg fought with Warren on how she expected to pay for Medicare for all, Gabbard on the war in the Middle East and O’Rourke on gun reform. The most combative of the three rebuttals being with O’Rourke. Buttigieg cited that O’Rourke was not doing enough to fix the problem realistically, rather his plan was based on good samaritans. Buttigieg fought back citing the holes in O’Rourke’s policy saying that there needs to be a concrete plan to obtain guns from citizens.

Mayor Pete debated for the first time, showing that he has knowledge of other candidates’ policies and the sheer political feasibility of the policies. This was the first time in the Democratic Debate Series that there was an actual debate occurring. Prior debates focused more on individuals’ policies rather than persuading the public by no real debate occurring. Buttigieg took it upon himself to push back on his peers’ policies and discuss the differences between them on stage.

Not only did Buttigieg pay more attention to his opponents’ policies, for the first time, he was open about his own. In the past, Buttigieg was very vague about his plans for the nation, offering only very broad ideas. However, this time he dove into the details. This was a major step for the Buttigieg campaign, helping gain him support among constituents. One area that frustrates voters is the vagueness of Buttigeig’s plans; however, with his performance he was able to break through this barrier.

This new version of Buttigieg was praised by debate watchers, politicians, constituents, and likely voters. Looking forward to the Atlanta Debate, the nation is excited to see this side of Buttigieg again.