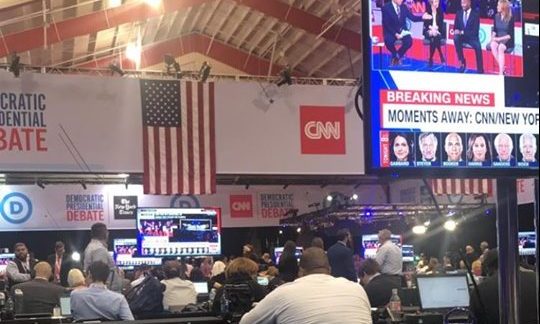 Booker previously served as mayor of Newark, New Jersey. He engaged his constituency by doing small civic tasks such as shovelling driveway and saving a neighborhood from a house fire. However, he also struggled with high levels of corruption, crime, and unemployment during his term. He is currently serving as a United States senator for New Jersey.

The debate covered quite a few topics, including a few in which Booker did not have an opportunity to respond. However, he was able to weigh in on the majority of issues most discussed by the public prior to the debate such as gun violence, abortion, impeachment, and the current economic and employment struggles.

With other issues, Booker supports expanding the pathway to citizenship and creating a new asylum process, guaranteed early childhood education, funding special education, accelerate an end to fossil fuels, invest to transition to a carbon-neutral economy, fully fund IDEA (Individuals with Disabilities Education Act), and further support the Equality Act, and end the ban on transgenders serving in the military.

While Booker did not have many opportunities to speak during the debate, he found a way to incorporate his beliefs into the questions he was given the chance to answer. When asked about jobs, he answered the question and proceeded to go back to the healthcare argument to comment on women’s reproductive rights.

Booker’s performance at the debate was one of intelligence and genuine care and respect for candidacy, as well as the other candidates on stage.