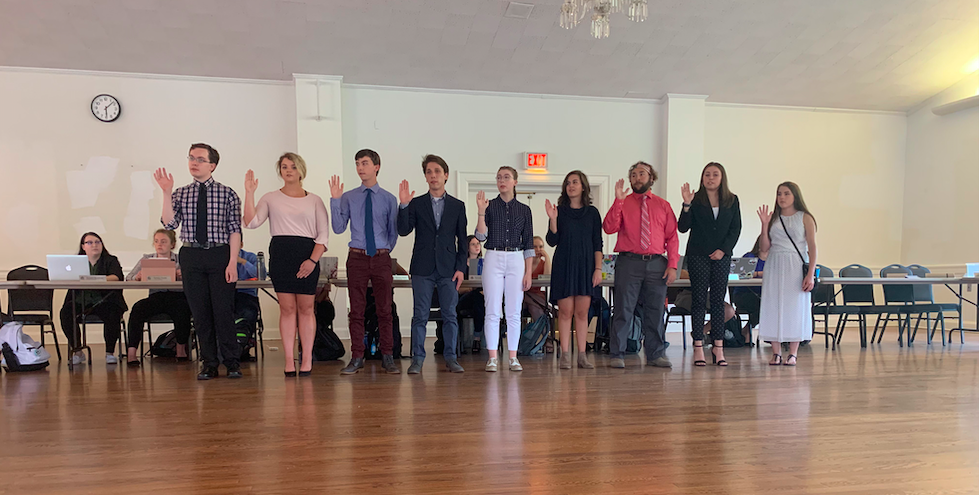 Freshmen history and political science major, Andrea Hoffman, ran for student senate to be involved on campus in a unique way that would give her the power to change the school for the better. “I look forward to being in a group that has a lot of control on campus and is able to come up with new ideas to not only engage the student body but to help them achieve the most they can,” Hoffman said.

Garlock was in charge of running this election. Garlock and her committee ensures all candidates met the requirements, followed all campaign rules and ran the physical election. At the end of the race, she swore in the winners. “All of the senators we gained are brand new to Senate. I think this is a huge advantage to Senate and their residence halls because they will be able to make their positions what they want,” Garlock said. “I’ve got a very good feeling about these new senators and how they’ll handle their positions!”

The new representatives are as follows: