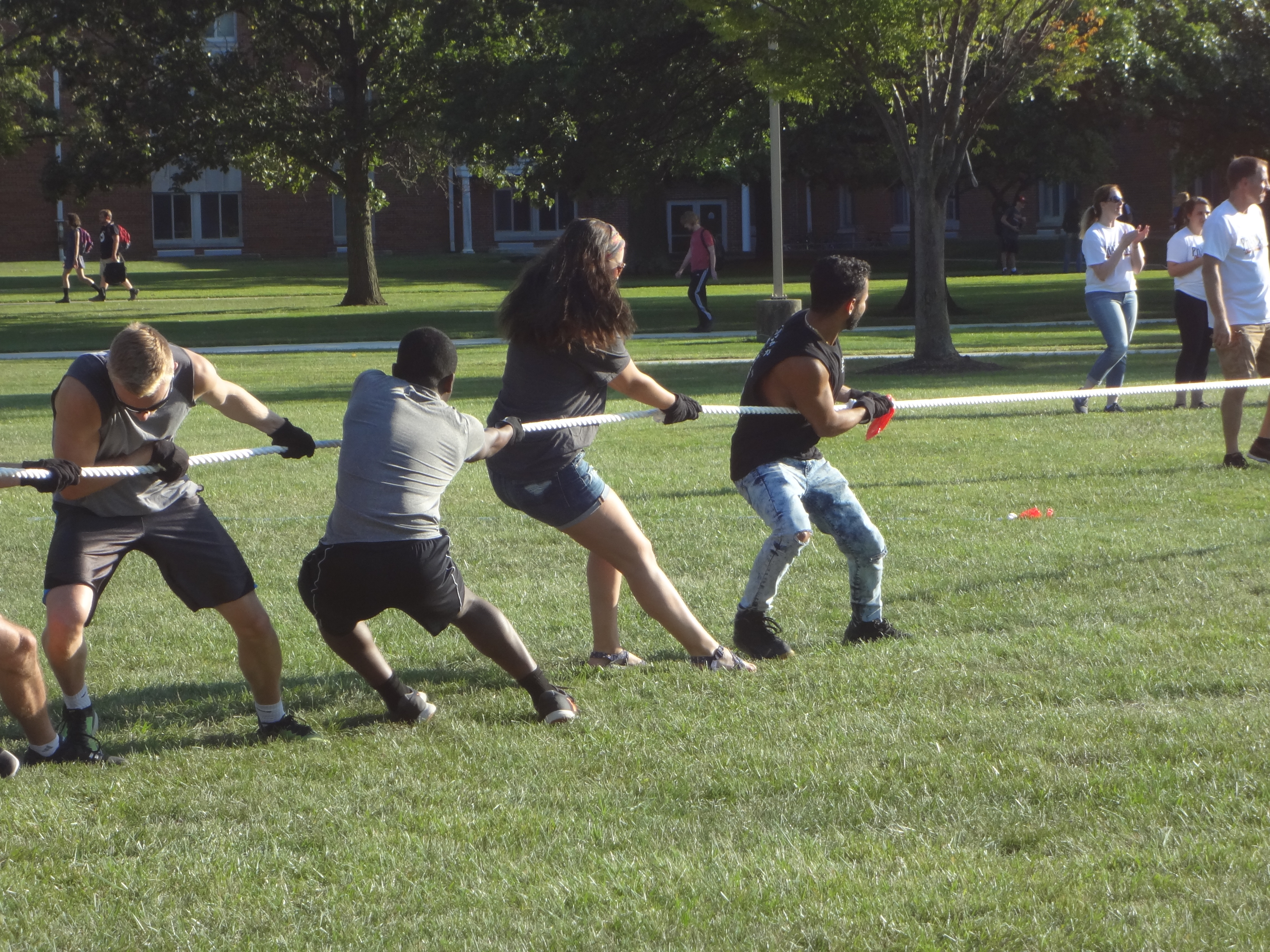 Giant Jenga, cornhole, and pizza: what could be better? At the annual Pharmacy Phest, the answer is tug of war.

Dating back to 2009, Pharm Phest is a welcome celebration for both new and current pharmacy students alike. During the first part, students mingle over games and pizza. There are tables set up around the tundra’s perimeter for pharmacy organizations, and their representatives spend their time enticing new recruits with freebies and volunteer/outreach hours. These festivities eventually lead to the highlight of the afternoon–tug of war. Traditionally, the first round is a four-way match among P1s-P4s. The second round is between P5s and faculty. Maggie Fuller’s, P5, favorite part is “seeing the professors come out and play.” The winners of these divisions then face off for the trophy.

The first round presented a challenge for the P4s—Zoe Schilling, Trevor Reed, Jenna Braun, Tim Coppler, Abduali Alsalman, and Alex Triplett; they had to drag three teams onto their corner of the field. The hype from their classmen was palpable; they were so sure that they would win, but the P5s had a secret weapon.  After years of begging, Charley Neff, an incredibly strong P5 decided to play, and that’s where things went downhill for the P4s. In the second match, the P5s–Emma Canfield, Michael Parent, Charley, Evangelos Kamvouris, Ore Omitowoju, and Ross Thrams—beat the faculty in under two minutes with Charley simply walking backwards until he was in the crowd. In the final round, the P4s lasted just over two minutes.

Zoe later remarked, “We were exhausted after the first round. We definitely put up a fight using the tactic of ‘1,2,3 then give it your all and pull’. During my freshman year, I won with my class, but we haven’t since then. I have participated every year since my P1 year, and I hope to take home the win next year as a P5.”

Luckily for Zoe, with the P5s moving onto clinical practice next year, the championship will soon be up for grabs.