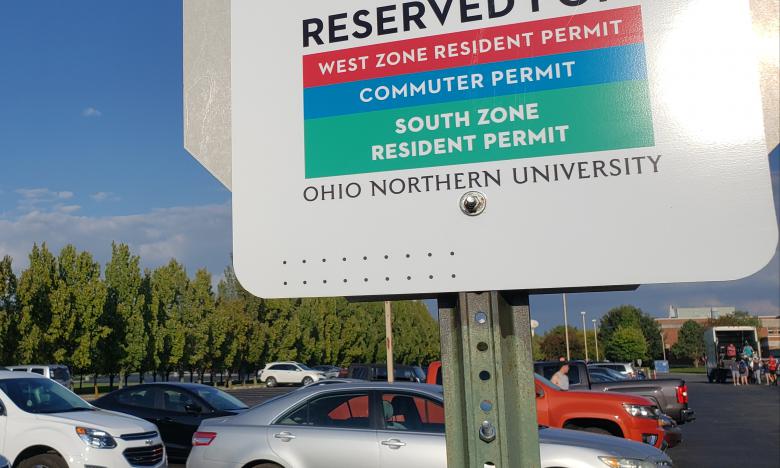 Every year, new students face the same problem: trying to find the correct place to park. This is a question that new students ask every year and why we have the color system. But if you think that parking doesn’t remain a problem for older students, you’re very misinformed.

Prior to the construction of the Lehr-Kennedy Engineering building, the pharmacy lot was the largest space available for commuter students to park on the north side of campus. Half of the lot was removed in the construction, and to alleviate the strain, the Biggs lot was turned into a multi-permit space for students. This year shows marked expansion for faculty and commuters, especially in the north side of campus.

The parking map shows a clear split between commuter and resident students. The southern side of campus is mainly for south zone students with one lot for the west zone, but Freed is their only class building. In the west, there’s the circle lot for commuter and west zone, and both King Horn and Biggs are multi-permit. However, anything east of Biggs and north of University Place does not accept resident students. This means that any resident with a class on the east side must walk regardless of weather conditions.

Greg Horne, the head of public safety knows the struggles all too well, and he has some ideas. He feels that “students should be focusing on getting to class, not on figuring out where to park.” For three years, he has been trying to bridge the university and student concerns, and he’s finally found a way.

What many people do not know is that a parking committee has been formed to help combat the current situation.  Horne, the student senate’s president, and vice president are three of the members. They’re thinking of making more lots multi-permit since some lots are half full while others are overpacked. This should alleviate some of the strain. Horne also wants to standardize the parking fine system to make each ticket the same amount; currently, the amount is increased per citation.

While the parking committee did exist last year, the university was prioritizing the build of Lehr-Kennedy, and so most of the complaints were put on the backburner. With the new year, they will try again. Once the campus settles into the current lot structure and they determine where people are currently parking, they will be meeting to plan. However, students must remember that the plan needs to be approved by the university, and in the meantime, everyone will just have to make do with what’s been given.