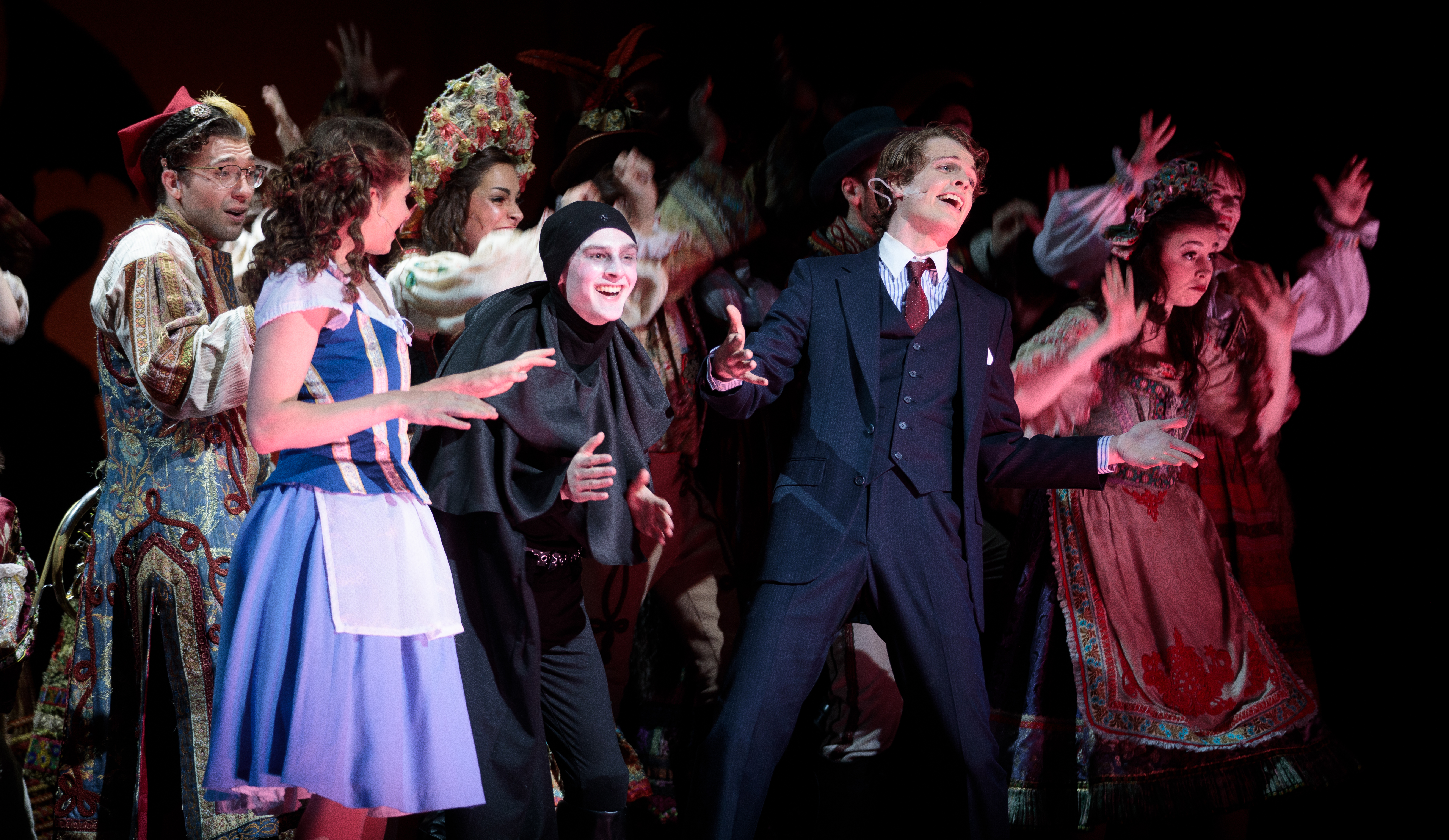 I had the opportunity to see the Young Frankenstein musical at the Freed Center for the Performing Arts, and now I can’t look at the actors without getting starstruck. The actors were phenomenal with their beautiful voices and humorous fourth wall breaks, making “Young Frankenstein” the best show I’ve seen off Broadway.

Everyone should see at least one musical or play in Freed, even if theater isn’t their thing. Whatever play you saw in high school or community theater has nothing on ONU’s theater department.

The first act starts off a bit slow, but I attribute that to plot building. What keeps it interesting is the charisma of all the cast and the noticeable efforts that went into the set designs.

Now, as much as I love theater, I have the attention span of a child. After about a minute, my eyes begin to wander to everything and everyone who’s not the main character. I was pleasantly surprised to notice how in-character all of the actors were, even if they were not speaking or interacting with the lead characters. They would genuinely look annoyed or confused when a speaking character said something humorous. The accents were well-spoken. All the jokes were genuinely funny despite being corny. I was absolutely blown away by everyone’s talent.

I honestly can’t stop thinking about how much effort went into the set design to make it look realistic. I understand that this is college so everyone in theater is there because they genuinely want to be, but I didn’t realize how that passion would transfer into every little thing they did.

The second act was indescribable and costumes were interesting. The contrast between Dr. Frankenstein’s outfit and the outfits of those who lived in Transylvania symbolized how much he thought he was above them as well as how everything he associated with his grandfather was outdated to him, which I thought was really cool.

The songs in the second act were way better than the first in my opinion. The singers had a beautiful range, switching between high and low notes effortlessly. You could genuinely feel every note they sang and since this was a comedy, it made every song that much funnier.

The dance numbers were absolutely wondrous. The big tap dancing number blew my mind, and I still think about how I only paid $5 to experience it. Imagine, in front of a black background covered in blink- ing lights, around 20 actors tap dance in beautiful, synchronized fashion.

“It took us 5 weeks with rehearsal between James Gray [director and choreographer] and myself twice a week for an hour each practice,” senior education major Nick Hogenbirk, the monster of the play, said. This was his first time performing in a musical, and he not only landed a starring role but also had to be the star in a big dance number.

“I was so lost at all the moves, but the way James taught me was amazing,” he said.

Everyone should make it a point to watch the shows they put on in Freed. Whether you love theater or are indifferent, the theater department makes it worth your time.