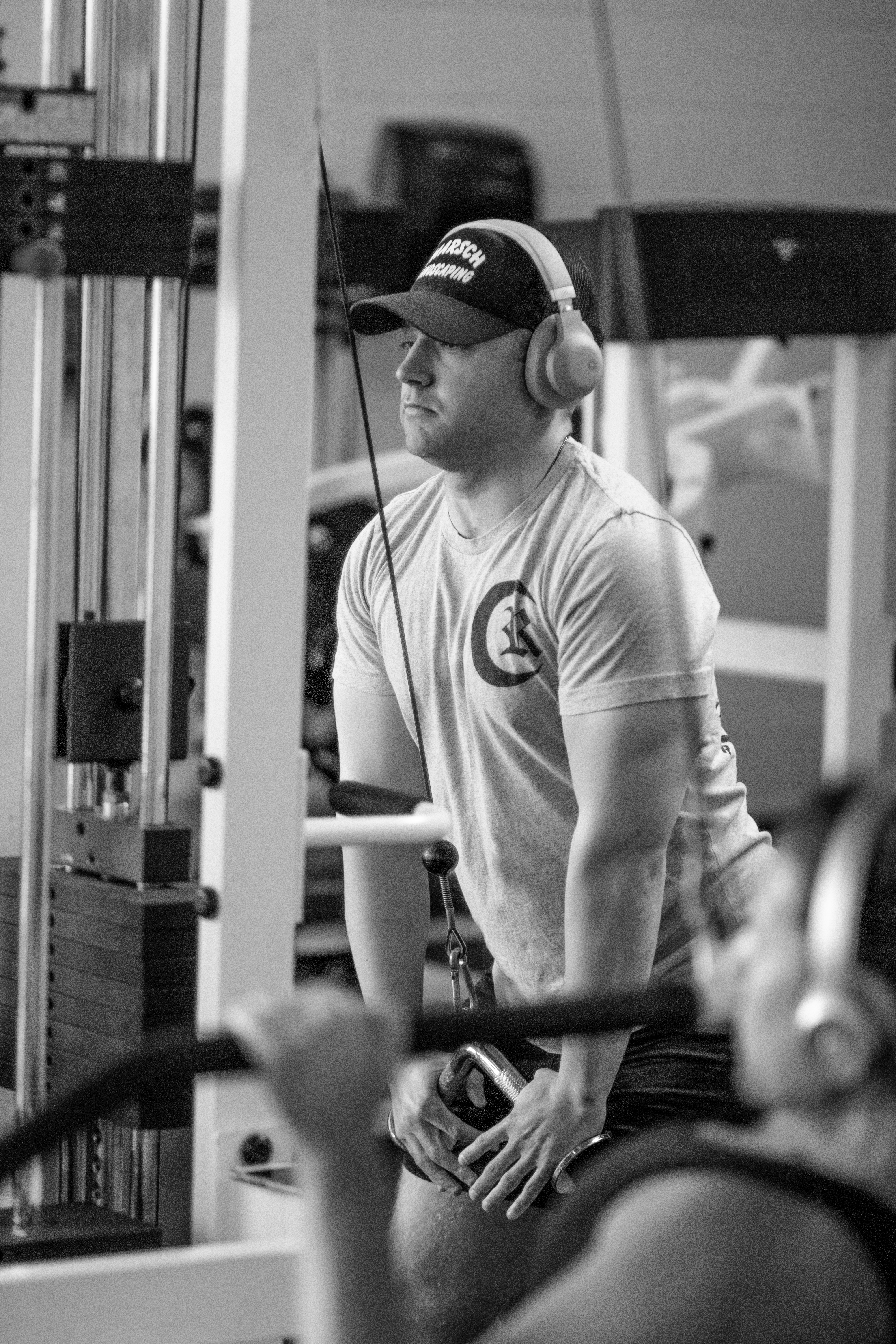 Burkholder was preparing for basic military training and wanted to be ready for the rigor of the program. He was determined to get in shape but didn’t know where to start.

Former ONU football player and exercise physiology major Jason Lucas (‘18) took Burkholder under his wing, teaching him how to train and how to eat right.

By incorporating resistance and high intensity interval training (HIIT) in his workouts, Burkholder was able to gain 30 lbs. He now helps others improve their health and overall fitness.

“I think my real passion for the health and fitness industry came from being able to help people,” Burkholder said. “Just as Jason was able to help me reach my goals, I’ve been able to learn and help others reach theirs. I think any person giving others advice should be willing to follow their own advice.
That’s why I’ve continued to train and improve myself.”

And that’s exactly what he did. Burkholder continued to improve his physique and even considered competing as a bodybuilder one day. He said the most difficult part for him was dieting to reduce his body fat percent. He reached out to the Department of Exercise Physiology to have body comp tests conducted biweekly.

“I wanted to track how my diet impacted my body comp as well as familiarize
myself with how the tests are performed,” he said. “I think it’s easy to get
discouraged by focusing on the number on a scale.”

“Even then sometimes the numbers can be discouraging but they’ve made me realize the saying ‘Rome wasn’t built in day’ has some real life applications. I’ve been at this for over two years and still feel as if I’m learning more every
single day.”

Burkholder continues to share his experiences with others. He is a past presi-
dent of the ONU chapter of Sigma Theta Epsilon as well as a current senior resident assistant for Lakeview housing. He said his leadership opportunities taught him discipline, a very important trait to posses as a military-bound student. Burkholder’s current internship at the Findlay Police Department will also allow him to advance his career in law enforcement.

“There’s a lot of people willing to pass out health tips, diet plans, and workout
regimes,” he said. “I refuse to do that unless I’ve tried it myself. The motivation comes from those I surround myself with. People who want to train to become better and who know more about me not only motivate me to try harder but also teach me along the way. That, and forcing myself to
to it even when I don’t want to. Motivation will only take you so far, a disciplined mind will take you where motivation won’t.”