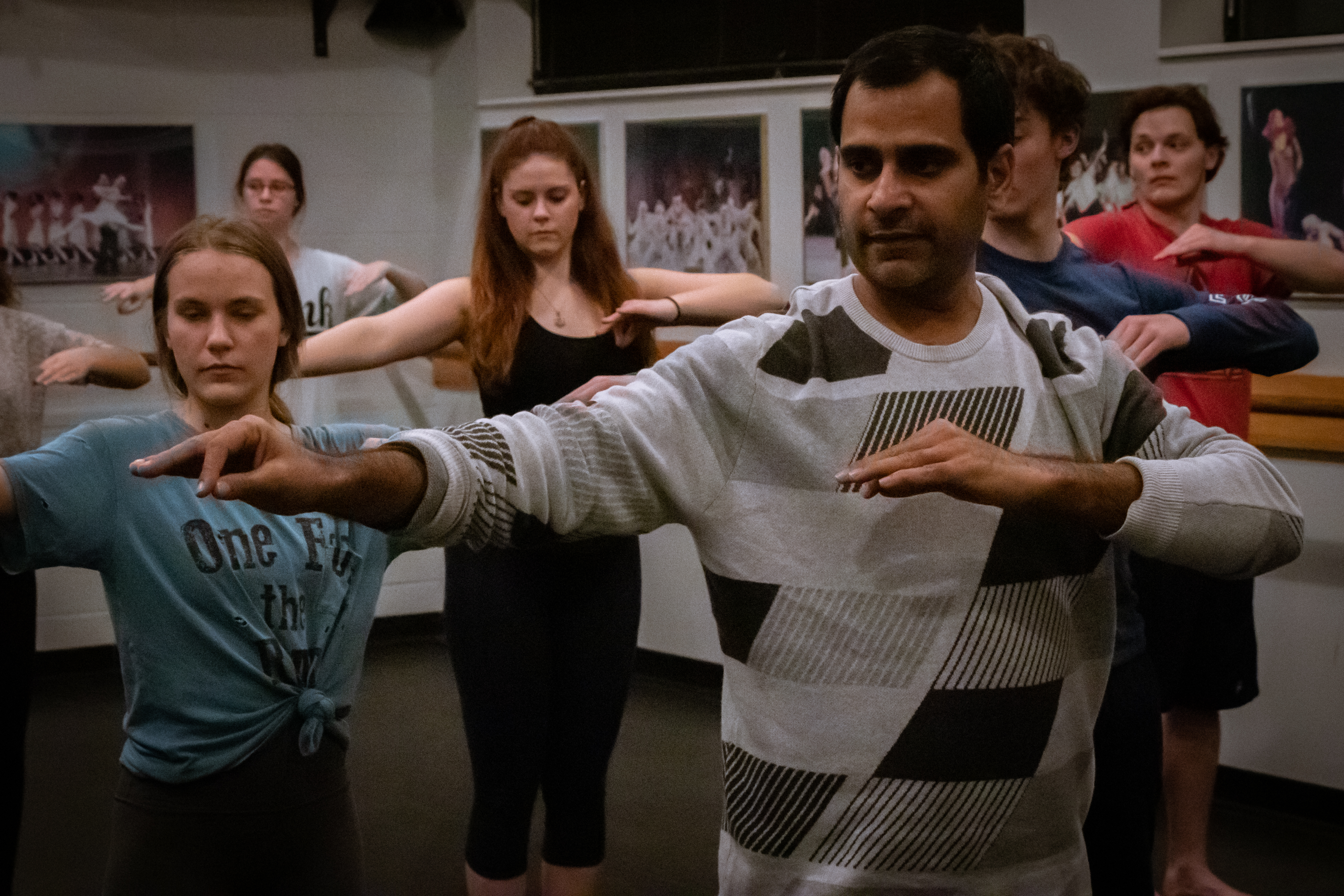 Two visiting professors are giving students and the local community an in-depth look into Indian performing arts. Gaurav Saini and his wife Irfana Majumdar are here as a part of the Fulbright Scholarship program visiting from Varanasi, India.

The Fulbright Scholarship program is a program sponsored by the U.S. Government to bring professors from all over the world together
for cultural exchanges and to encourage mutual understanding and international education. This is done through a series of scholarships
and grants.

Joan Robbins, an assistant professor of theatre at Ohio Northern, filled out the application form through Fulbright which allowed the two professors to
come and reside here for a semester.

Robbins looked into many Indian artists before selecting Saini and Majumdar. Once selected, she went through the process of filling out
the grant proposal that allowed the professors to come.

The two professors have had activities both on and off campus. The professors co-directed the 2019 International Play Festival featuring the Indian play, “Hayavadana,” performed from Feb. 21 to Feb. 29.

“Hayavadana” is a contemporary play based on ancient Sanskrit stories about two male friends who love the same woman. The story is put together with many classical songs and dances typical of Indian performances.

One of the actors of “Hayavadana” is Nic Hayman, a junior theatre major with a minor in communication studies.

The rehearsals started with two days of general read-through, switching
through different roles until the third day where roles were assigned.

Hayman said, “I think it’s very much about identity and self, what makes you, you. Because they lose their bodies, or they’re in someone else’s body. It’s about self. The show is about conflicting desires or being pulled in opposite ways.”

Both professors are also teaching courses, with Saini teaching a movement course about the ancient aesthetic theory of Rasa. Majumdar is teaching a course centering around the ancient Indian epic, “The Mahabharata.” Outside
of theatre arts, Saini and Majumdar have given talks in classes such as religion, geography, music and communication arts.

The two professors were busy off-campus as well. Saini taught a theatre workshop to the Youth Theatre Group in Findlay. Majumdar had co-taught some Indian literature with an English teacher at Ada High School. Master classes have also taken place at Bluffton University and the University of Findlay.

Saini and Majumdar both have had good experiences teaching in the classroom. “Engaging with the students in teaching the courses. It’s a learning process for us all. We are finding ways to teach and also finding ways to learn.”

By the end of their four-month stay here, not only will Saini and Majumdar have made an impact at Ohio Northern, but also the local community with their talent.