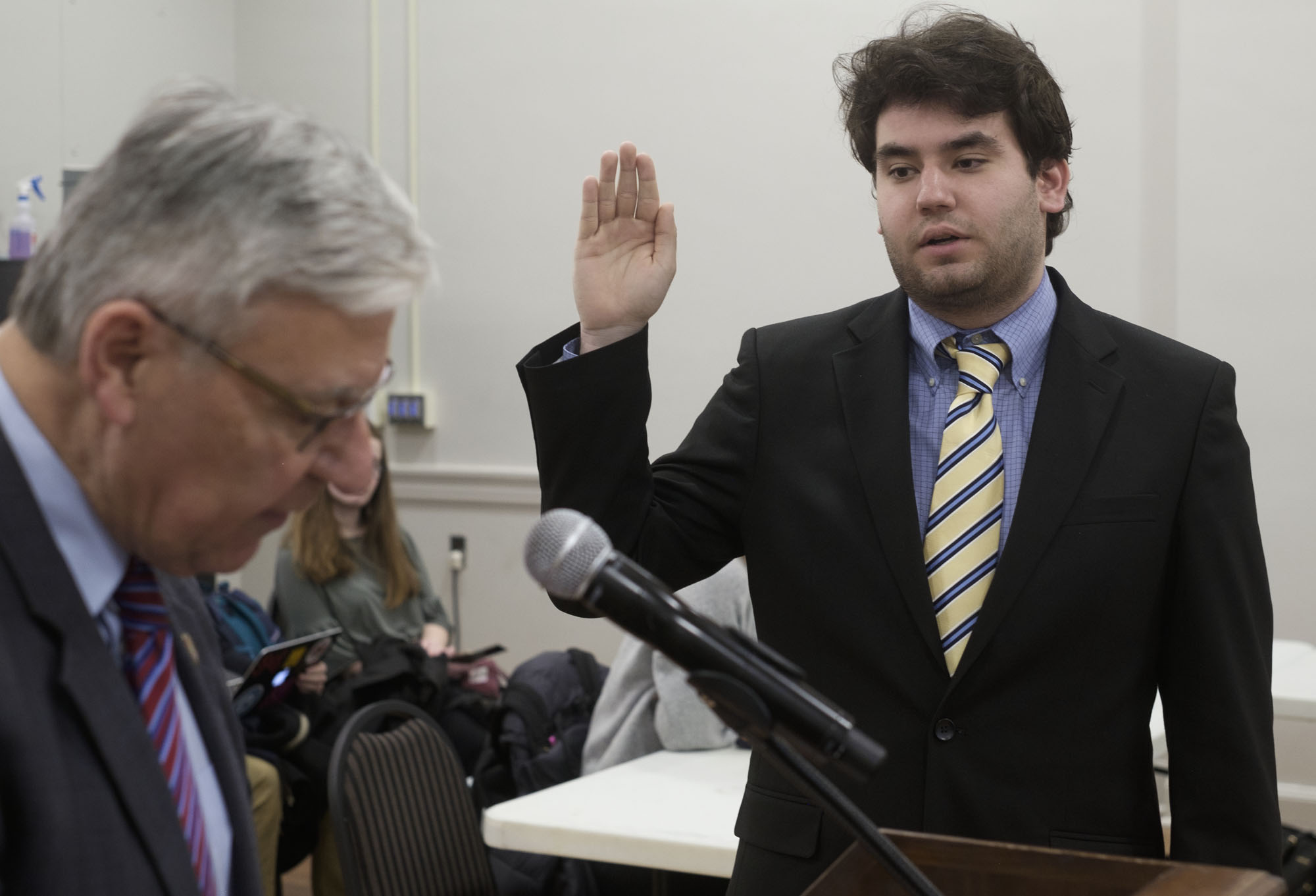 For junior political science major Harrison Zeller, running for president of ONU Student Senate seemed like the right thing to do. As a freshman, he had been voted by his peers to serve as a housing representative for Maglott Hall.

His dedication to serving his constituents made a lasting impression, and for the past two administrations, Zeller has served on the presidents’ cabinets as Dining Secretary and Judicial Affairs Secretary.

Sumner, like Zeller, has a long history with Senate having served as the last housing rep for 5UP, an all-female residence hall; Housing Secretary; and Technology Advancement Secretary. Both individuals, having held a variety of positions, consider themselves quite versed in the day-to-day operations of Senate. That ex- perience helped them develop their campaign platform.

The duo echoed past administrations’ goals and visions for the organization—increased transparency and visibility.

Zeller said one of his top priorities during his administration is to emphasize the importance of open dialogue with student constituents through Senate’s established initiative “Second with Senate.”

“We’re trying to find a time once a week where students know that we’re down there [in front of the Dining Hall],” he said. “We just want to make sure everyone understands the choices we make and why we make them.”

The new administration is also interested in improving students’ awareness of administrative influences on various academic and social policies.

Zeller also clarified that communication needs to be a two-way street in the way that students should be able to voice their concerns when changes occur, such as tuition increases.

During the Ferguson-Komandt administration, Senate reunited with its “sister organization,” Student Planning Committee (SPC), while reestablishing the SPC representative position within Senate. By allowing SPC to send a representative to all meetings, Senate and SPC have worked together to plan and host various events around campus, including the renewed Sibs Weekend festivities held in the fall.

The Zeller-Sumner administration hopes to continue building on this relationship to not only coordinate more exciting events but also improve Senate’s visibility on campus.

Additionally, the duo is looking into live streaming the weekly generally assembly meetings.

Despite their differences in terms of college affiliation, career path, personal interests, and personalities, Zeller and Sumner said they are ready to tackle just about anything.

“We’ve worked on Senate many times before but not at this capacity,” Sumner said. “And now [Harry and I] share an office together.”