The Baseball Team Faces its Fair Share of Rainy Days 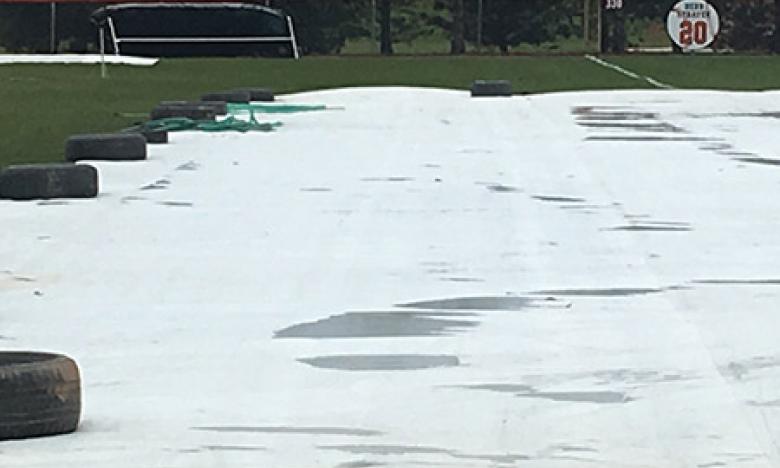 ONU’s baseball team has had a lot to adjust to since coming back from Florida over spring break with rain delays and game postponements. Three games have been delayed this season due to weather, including Ohio Northern’s home opener. By the time the team made it to Defiance’s stadium, it had been nine days since they had seen live pitching. The practice has been forced indoors, a fact that is certainly affecting the team, according to Coach Gene Stechschulte.

It’s tough because you can’t do any of the same things that we do outside, as far as fielding and just fundament things, that we can’t go outside until it’s dry enough to do so…While you can practice indoors, it’s not the same as getting out and seeing opposing teams throw their best stuff.”

Stechschulte does have a plan in place in to combat repetitive indoor practices. “We just try to mix it up. You get the monotony of doing everything indoors. You get cabin fever; you want to go back outside, and you just came from 85-degree weather in Florida, and then we come back and reality hits us-which is par the course.”

Despite the circumstances, Coach Stechschulte does remain optimistic, as he has seen worse. Last year, the team was only able to practice on their field three days the entire season.

Unfortunately, this is an experience not too many members can draw on, as the weather isn’t the only adjustment the team is facing.

The other thing with our team is we’re very young, for the most part. We lost six starters from last year’s team that started quite a bit, so there’s a learning curve for them. This is their first time through the entirety of a year having to be ready to play every game, rather than just being a guy who plays every once and awhile. That changes things. Then there’s trying to work around time for study, and trying to figure out that routine. The more they play, the more tired they are, but that’s the way it goes with all the sports here.

The weather conditions are proving to be a challenge for the Bears. We hope to see them pick it up and have a successful season.